“Show me your papers!”

Major Blackard, then just 19 years old, dug into his trousers in search of his wallet. He patted his jacket, but could not find his billfold.

“Sir, I done left my wallet…” Blackard said. Before he could finish his sentence, the young man was posted against the brick wall, cuffed and taken to the St. Louis city jail. Unable to prove his identity, he would spend the next 21 days in a cramped, musty cell. That’s where his older brother Matt found him, beaten and bloodied. Matt returned with Major’s employer later that day, wallet and identification card in hand, to post bond.

The year was 1899. Major Blackard was my great, great grandfather.

The real crime, as Pulitzer Prize winning author Doug Blackmon points on in his seminal work Slavery by Any Other Name, was that my grandfather was a colored man in America.

This morning, as White House staffers released copies of the president’s long form birth certificate, I couldn’t shake the feeling that something very ugly was going on. For the first time in recorded history, a sitting president of the United States found it necessary to produce his original birth certificate for public inspection. Not once, in 235 years, have we ever demanded proof that our president was born on American soil.

In a stunning display of unchecked ego, Donald Trump quickly hosted a news conference, during which he took credit for forcing President Obama’s hand. The sometime real estate developer, socialite, author and television personality went on to caution onlookers to let “experts” examine the document. Lest the president continue perpetrating what Trump has called potentially the “biggest fraud in American history.”

For weeks, the thrice married, comb-over construction magnate has enthralled news reporters with his apocalyptic ranting. Trump openly questioned whether President Obama belonged in the White House, a boardroom, or even an Ivy League lecture hall.

And we let him.

We used all manner of excuses to justify giving Trump as much oxygen as he could suck up. Rarely, if ever, did we press him to produce a shard of evidence to substantiate his wild claims. We smiled gingerly as he all but called us stupid sycophants who were in cahoots with an illegitimate president. We allowed him to hold court on issues on which he clearly has no knowledge and no credibility, beyond the limo ride briefings he apparently receives from his merry band of “yes men.” Trump didn’t just want the birth record. He wants the president to release his college transcripts. “How did such a bad student get into Harvard?,” Trump keeps asking. The implication is the Barack Obama was the beneficiary of affirmative action and took the place of a more qualified white student. Apparently, graduating magna cum laude from the nation’s most prestigious law school and being named editor of the Harvard Law Review — the institution’s highest student honor — is not enough for him.

“If he gets off the phone, or gets off his basketball court or whatever he’s doing at the time,” Trump said. “I mean he should be focused on OPEC and getting those prices down.”

When they tell you this isn’t racial, don’t believe them. This controversy was constructed solely as a way to de-legitimize the presidency of a black man. Those who question the location of Barack Obama’s birth are the very same people who would pack up and move out of the neighborhood if someone like me moved in next door.

When they say they want to take their country back, they mean from us.

According to a recent Public Policy Polling survey, a stunning 51 percent of Republicans believe the president wasn’t born in the United States. In Mississippi, nearly half of all Republicans believe interracial marriage should be illegal. If they had their way, not only would Obama not be president, he never would have been born.That’s how it far we have not come.

Some 112 years after my grandfather was snatched from a street corner in the central west end section of St. Louis, it seems we still need to prove our right to be here.

I thought we were better than this. 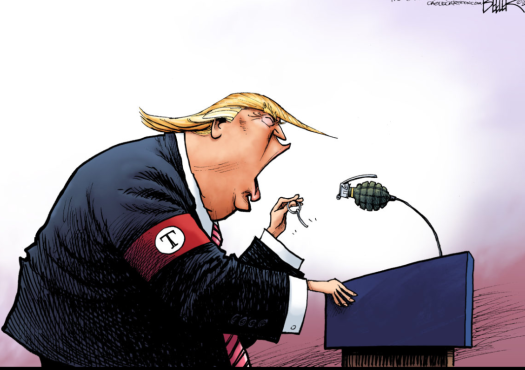