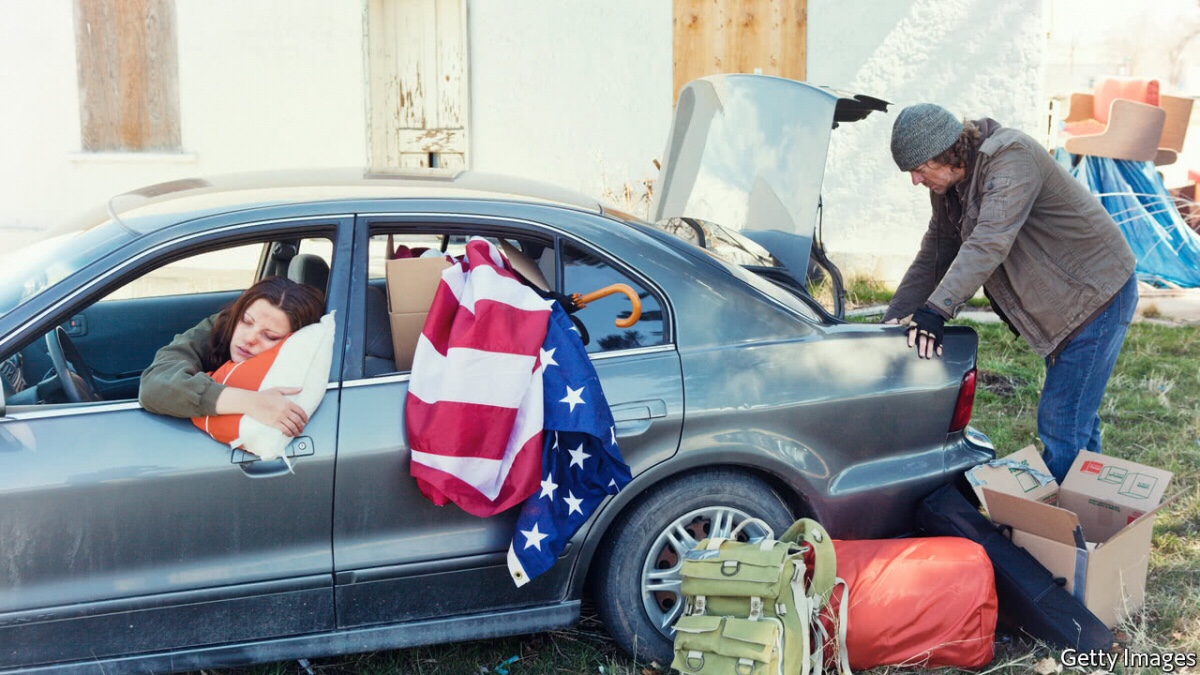 And that underpins some toxic beliefs

And that underpins some toxic beliefs

NBC reported recently that at a meeting last year with the Congressional Black Caucus a member told President Donald Trump that his planned welfare cuts would hurt her constituents, “not all of whom were black”. Mr Trump is reported to have replied: “Really? Then what are they?” If the president had not realised that most welfare recipients are white, he is not alone. And the media are partly to blame, for black Americans are overwhelmingly over-represented in media portrayals of poverty.

The poverty rate amongst black Americans, at 22%, is higher than the American average of 13%. But black people make up only 9m of the 41m poor Americans. The Kaiser Family Foundation, a non-profit focused on health care, found that in only five states for which it had data and the District of Columbia, were there more black poor people than white. Black Americans are more likely to be recipients of means-tested welfare programmes like Medicaid or Housing Assistance – at 41% participation in one or more programmes in 2012 that is about twice the national average. That suggests black people make up about 26% of all recipients.

Media news suggests that the percentage is very much higher. Travis Dixon at the University of Illinois analysed a random sample of television, print and online news stories over 2015 and 2016 and found that 59% of the poor people discussed or depicted in them were black. White families, by contrast, accounted for only 17% of poor people shown, though they constitute 66% of the poor population. It is possible that, with a new emphasis on the frustrations of poor white Americans, that Mr Trump tapped into in 2016, media portrayals will begin to change; it is too soon to know.

The bias isn’t limited to right-leaning news sources. In the news coverage Mr Dixon looked at, CNN depicted seven poor families—all seven of them were black. And all five of the poor families depicted in Dixon’s sample of New York Times coverage were black.

Unsurprisingly, this tendency, which has a long history, has informed the way Americans think about race and poverty. Martin Gilens, a politics professor at Yale, found that in a survey in 1994, 55% of Americans thought that all poor Americas were black and only 24% thought the reverse.

And this, in turn, has set some Americans against welfare spending. Katherine Krimmel and Kelly Rader, political scientists, have found that individuals who are more likely to benefit from government spending tend to support it. Richer people in poorer states are notably keen to cut domestic spending. But they found that racial resentment has an even greater influence on attitudes to government spending. They measured resentment via two questions about whether blacks should overcome prejudice “without any special favours” and whether “generations of slavery and discrimination have created conditions that make it difficult for blacks to work their way out of the lower class.” The impact of resentment on attitudes towards spending was four times that of income differences and larger than measures of self-interest including being unemployed. If welfare is seen as overwhelmingly benefiting blacks it is little surprise that whites displaying racial resentment might oppose it.

The Sentencing Project, an advocacy group for criminal justice reform, has found a similar pattern regarding violent crime.  Crimes perpetrated by African Americans were disproportionately likely to be covered on television –especially if they involved a white victim.  While only 10% of victims in crime reports were whites who had been victimised by blacks, these crimes made up 42% of cases televised by local news. Popular perceptions of crime reflect the coverage bias: a survey from 2002 found that respondents estimated 40% of people who committed violent crimes were black; surveys showed the proportion to be 29%.  And white Americans who more strongly associated crime with black Americans were more likely to support punitive criminal justice policies including the death sentence and three strikes laws.

A media focus on black poverty may be well-intentioned. It probably has its roots in the pre-Civil Rights era when the plight of poor black Americans was too often neglected. But it has helped underpin a toxic set of beliefs about poverty and race. It would be better, of course, if people did not decide their support for programmes based on the skin colour of beneficiaries. But until that is the case a more accurate understanding of the diversity of welfare recipients would help.