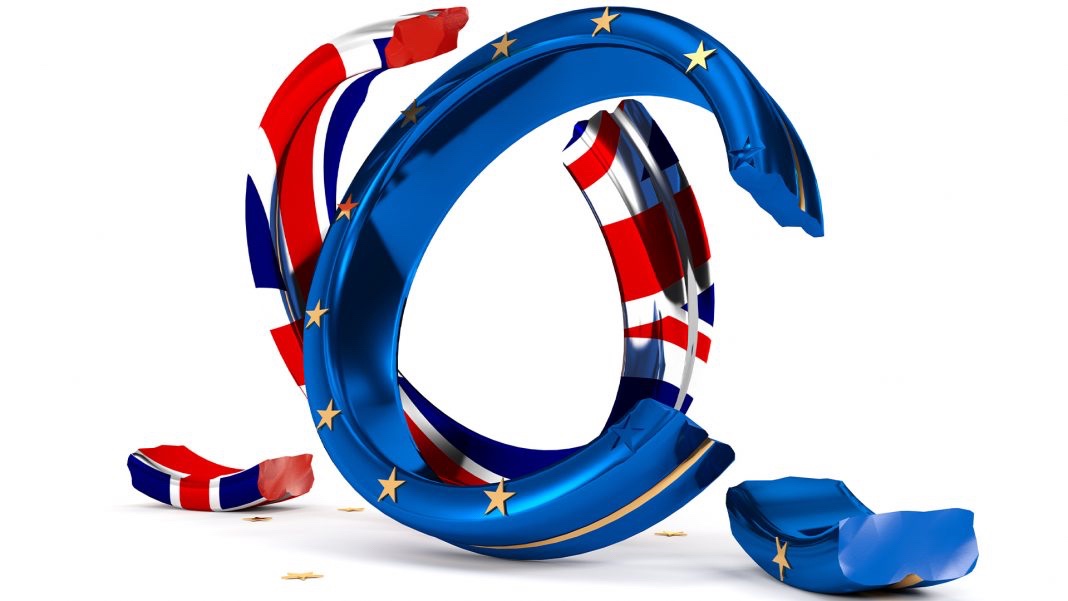 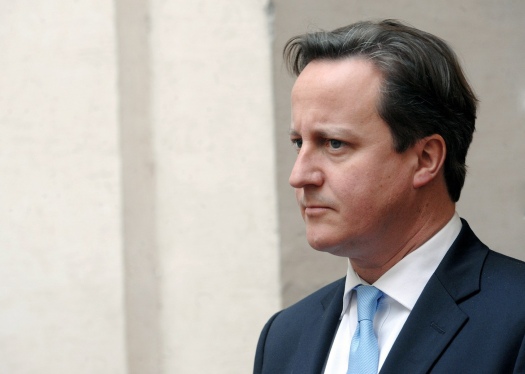 How does David Cameron sleep at night? The former Prime Minister acknowledged this week that, like much of the country that he once led, he is preoccupied by the ongoing Brexit drama. With years of clotted negotiations having resulted in an extended parliamentary stalemate, the U.K. is six weeks away from the deadline upon which it may crash out of the E.U. under circumstances that are, at best, likely to be highly disruptive in the short term—with the risk of food and medicine shortages acknowledged by the government—and are potentially devastating in the longer term, with the possibility of Scotland seceding from the United Kingdom. The New Statesman recently called Cameron “the man who broke Britain.” “There isn’t a day that goes by when I don’t think about all the decisions I made, and all that has followed,” Cameron told Tom Bradby, a veteran political journalist, in an in-depth interview televised on Monday evening in Britain.

Cameron was on television for a major interview for the first time since he left office, and he didn’t look exactly haunted: he still seems, as he always did, more sleek-headed than lean and hungry. He said that he took his share of responsibility: it was his decision to hold the referendum, and he led the campaign that failed to persuade a majority of the public to vote to stay in the E.U. Nevertheless, Cameron maintained, “I don’t accept that everything that has followed had to follow.” But it has followed, Bradby fired back, with the result that “the nervous breakdown in the Tory Party has been exported to the whole country.”

Still, Cameron appeared to be sufficiently self-aware to be shaken by the sober consciousness of his hubristic overreach and its ongoing consequences. The dismantling of the nation you once led as your legacy? Shakespeare would have known what to do with Cameron—a figure whose high-minded desire to steer his country on the right course was compromised by personal ambition and a fatally misplaced confidence that, knowing best, he could easily persuade others to see the correctness of his ways.

As it is, today’s leaders get to write their own histories, or at least a version of them; Cameron’s appearance on ITV was one element in the carefully orchestrated rollout of his memoir, “For the Record,” which will be published later this week. Like Brexit itself, the book has been long promised and repeatedly delayed. It was originally slated for publication last year, but was postponed amid reports that Cameron’s publisher, HarperCollins, was demanding a cut of a hundred thousand words. It was also alleged that Cameron couldn’t settle on a title. (“ETON MESS,” Lord Andrew Adonis, a prominent Remainer, helpfully offered on Twitter, referring to an English dessert made from fruit, meringue, and whipped cream.) During the weekend, readers got their first taste of the contents of the book, with a series of excerpts in the London Times and the Sunday Times. In one, Cameron describes the influence of his father, Ian Cameron, who was born with severely deformed legs and feet. “Sitting down, you would have thought he was well over 6ft. Standing up, he was just over 5ft,” Cameron writes, and relates how family members were suspected of having wanted to smother the infant in his crib. Cameron was inspired by his father’s resilience (“He was a glass-half-full man, normally with something pretty alcoholic in it”) and passes on some of his father’s unconventional guidance for life: “Never sleep with a virgin,” “Don’t get married till you’re 26,” and “Never eat baked beans for breakfast.” Ian Cameron also forbade his four children from becoming accountants, his own profession, because the training was “so boring.” He followed politics but wasn’t politically involved; though, in the demoralized England of the nineteen-seventies, concerned about the prospect of civil unrest, he took active measures. “He started to stockpile emergency supplies in the cellar,” Cameron writes. “It sounds mad now.” Well, actually, no, it doesn’t.

Such humanizing details—which extend to the senior Cameron believing that the effects of radiation were less harmful if you were pickled with drink—serve to complicate the received picture of David Cameron as a son of privilege. So does an excerpt from the memoir in which Cameron gives a harrowing account of the short life of his eldest son, Ivan, who was born, in 2002, with severe neurological disabilities, suffered sometimes thirty seizures a day, and died of organ failure, in 2009. “A world in which things had always previously gone right for me suddenly gave me an immense shock and challenge,” Cameron writes of Ivan’s birth, reckoning movingly with his failings as a caregiver and expressing his gratitude to those in the National Health Service and beyond who helped his family. He describes the wrenching loss he felt at his son’s death: “Nothing, absolutely nothing, can prepare you for the reality of losing your darling boy in this way.” (A callous editorial in the Guardian which alleged that, due to Cameron’s wealth and position, he experienced only “privileged pain,” was swiftly edited and apologized for.)

Other aspects of the book reveal a less sympathetic Cameron. When discussing the policy of austerity that his government instituted in 2010, slashing public services and making life harder for millions of Britons who were already struggling, Cameron says that he now believes the government should have taken austerity ever further: “We might as well have ripped the plaster off with more cuts early on,” he says, using the British term for a Band-Aid. As it was, he writes, the opposition to his policies were such that “you’d think we had reinstated the workhouse”—an airily heartless observation, given the more than fifty-per-cent increase in homelessness in England between the years 2010 and 2017, with seventy-eight thousand families and individuals in the country having no stable housing at all.

The most anticipated parts of the memoir—discounting, of course, whatever Cameron may have to say about what passed behind the doors of certain exclusive dining societies to which he belonged while a student at Oxford University—have been those in which Cameron discusses his dealings with his former friends and colleagues. These include Michael Gove, who was a Cabinet minister in Cameron’s government and a personal friend, and Boris Johnson, whose desire to become Prime Minister himself had been clear since the three knew one another at Oxford. In the most incendiary part of the volume that has been released thus far, Cameron describes how, after deciding to hold a referendum on the issue of E.U. membership—for which right-wing backbenchers had long been calling—he failed in his efforts to bring the two men on board with the government’s Remain campaign.

The American Ambassador’s tennis court was the site of Cameron’s attempt to woo Johnson, of whom Cameron writes, “Boris’s style on the court is like the rest of his life: aggressive, wildly unorthodox (he often uses an ancient wooden racquet) and extremely competitive.” Johnson, Cameron says, was confident that the Brexit side would lose; given that anticipated outcome, he sought to become the heroic standard-bearer for that failed attempt. “Whichever senior Tory politician took the lead on the Brexit side—so loaded with images of patriotism, independence and romance—would become the darling of the party,” Cameron writes. Johnson, already the darling of the Party, did not want to cede that role to Gove: “He risked an outcome he didn’t believe in because it would help his political career.” Of Gove, Cameron is even harsher. “Gove, the liberal-minded, carefully considered Conservative intellectual, had become a foam-flecked Faragist,” he writes, condemning both of his former colleagues as “ambassadors for the expert-trashing, truth-twisting age of populism.”

Cameron’s account of the recent history in which he played such a fateful role, and his ongoing commentary on its unfolding, makes for painful reading and watching. He accepts responsibility, but only up to a point. Asked by Tom Bradby, in the ITV interview, if he would now apologize to the country for his actions, Cameron replied that he was “deeply sorry about all that’s happened”—but he notably did not say that he was deeply sorry for it happening at all. A referendum was inevitable, he insisted—though, as Bradby pointed out, Britain’s place in Europe was, three and a half years ago, at the top of no one’s list of concerns, barring those of the most virulent Euroskeptics. “My attempt to solve this problem failed, and decisions I made perhaps contributed to that failure,” Cameron went on, a reply suggesting that he believed in the necessity of a referendum only to legitimize his own preferred position of staying in the E.U., and that he gave little consideration to what the consequences might be if voters declined to agree with him.

Cameron is now lucratively employed in the private sector; he runs, plays tennis (not with Boris Johnson), and spends time with his wife and three surviving children in their three homes, in London, Oxfordshire, and Cornwall. Outwardly, he hardly looks like a broken man, even if he is no doubt a chastened one. When Bradby asked Cameron to imagine how he would explain his decision to hold the referendum to any grandchildren he may have, should the United Kingdom have split apart as a result, he insisted that the referendum was driven by something greater than himself: in the end, the vote was not exactly his doing. “This idea that there weren’t big forces at work that we had to settle either inside or outside—I think that is the case,” he said. His words seemed to be delivered more in anger than in sorrow—as if the time had not been of his choosing, and the vote not a gamble that he expected to win. Living with the consequences of his imprudent decision is Cameron’s tragedy, and Britain’s, too.