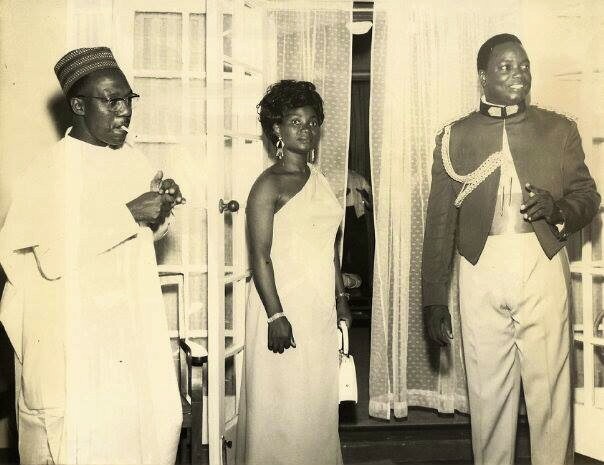 Former and Late Bri. Gen. Dr. Samuel Ogbemudia was a governor of Mid-West, Bendel state. The state of Mid-West prior to his commission as State governor was a backwater to the booming Western Region. The Action group paid attention to its largest constituents, the yorubas. Awolowo built the infrastructures of the mainly Yoruba region and neglected the non Yoruba parts of the old Western region. That prompted the instigation for a creation of a separate region for the minorities of the Western region hence Mid-West. The Mid-West was also the part of Nigeria occupied by the Biafrian forces with the attendant destruction of the little functional infrastructure of the fledging region.

This was the circumstances of the accession to power in the region by a junior army officer, Major Ogbemudia, replacing Col. Ejoor.

Major Ogbemudia had foresight to commence the task of building the region. He established various institutions including and not exhaustive, schools, notably Edo college, Auchi Polytechnic, university of Benin, businesses including Mid Motors, Bendel brewery, NIGFOR and others. He encouraged sports building Bendel insurance, Mid-West state as it became a beacon of excellence in various fields. Public service of the federation were staffed by peoples of the state. He installed a sense of pride and arrogance in his people.

Until the Gowon government fell. The Ogbemudia government was exposed as a beehive of personal corruption and illegal enrichment. He was dismissed from government and army with ignominy. He forfeited huge wealth to the state including Palm Royal motel, Palm farms and others. Compared to others in his time he gave and took. Unlike former governor Lucky Igbinedion who took and gave nothing.

When the country returned briefly to civilian government, Ogbemudia returned to government but largely uneventful he had refused to live in the Governor’s lodge and insisted he would remain in his own home. However as a sitting governor, his personal home had to be elevated to the status of a government building and government funds used to upgrade his personal residence. His tenure as civilian governor was short lived. He was unable to regain the status and influence he had while military governor till his demise. Ogbemudia had been forgiven by the people of Bendel state given his productive military regime by voting him a civilian governor.

He had mixed legacy like most African leaders he wanted the best for his people and set about to doing so but could not resist the temptation to dip his hands in the jar of the commonwealth and personalise our funds.

He had more than most hence that deficit is not forefront in his obituary. We remember his good deeds. We do a disservice to his memory not to show him as a mixed personality who had weaknesses for corruption. That side of his legacy is truly well and alive while his good deeds remain decaying and appear to die with him. Others who followed him were pygmies who contributed more to their bank balance than improve on the solid foundation built by Ogbemudia. Edo and Delta states were and are worse off as a result.