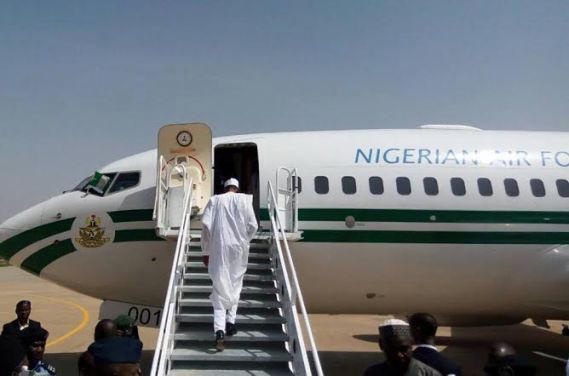 Less than two months to the end of his first incumbency, it is now beyond doubt that President Muhammadu Buhari loves to bask in the short-term escapism of foreign trips. In the past week, the President has been to three different capitals in West Africa and the Middle East. With misery, insecurity and economic implosion escalating at home, it is provocative that Buhari is junketing around the world.  After his second election victory, his priority should be the home front.

First, he was in Dakar on April 2 to witness the inauguration of Macky Sall as president of Senegal. Two days after the Dakar trip, the President headed for Amman, the Jordanian capital, for the World Economic Forum on the Middle East/North Africa. From Amman, he hit Dubai on Sunday for an investment meeting where he was a Guest of Honour. There is nothing bad about heads of state engaging in strategic foreign trips, but it should not be at the expense of pressing domestic issues.

Despite being re-elected, Buhari’s first term in office is an unremitting parade of mediocre performance.  In yet another blistering report on Nigeria’s poverty trap, Bloomberg has highlighted Nigeria’s misery and “poverty time bomb,” inflation, insecurity and economic misery. The editorial says the government led by Buhari bears a grave responsibility: “His record over the last four years is discouraging. Economic growth has barely recovered following the 2014 crash in the price of oil, which remains Nigeria’s biggest export and source of government revenue. Per capita Gross Domestic Product is less than it was when he took office. Joblessness has more than tripled. Efforts to spur agriculture and other non-oil parts of the economy have failed. Foreign direct investment has fallen by more than half since 2010.”

Truly, on Buhari’s watch, the economy is still drifting: inflation, at 11.31 per cent in February, compounds the credit and exchange rate crises and amid a severe energy crisis where, says Bloomberg, “…decrepit refineries force Africa’s biggest oil producer to import 90 per cent of its petroleum products,” and “electricity generation is less than one-sixth of South Africa’s, though its population is three times bigger.” Ranked 146 out of 190 countries in the World Bank’s Ease of Doing Business index in 2018, FDI has tanked: Buhari’s re-election victory triggered additional capital flight, with investors pulling $2 billion from the bourse; N86 billion vanished in mere six hours. Over 30 per cent of the youth are jobless, the ports in disarray and infrastructure in ruins. Like the 21.3 per cent unemployment rate, the mess at the Apapa seaports, and unmerciful interest rates — are partly because of Buhari’s rudderless handling of affairs.

Other reports on Nigeria are no less comforting. Hanke’s Annual Misery Index 2018 rates Nigeria the world’s sixth “most miserable” country. The country’s displacement of India as the global poverty capital with 91 million extremely poor as ranked by Brookings Institution’s World Poverty Clock, is made worse by a joint research by Oxfam and the Development Finance International ranking Nigeria bottom — at 157 out of 157 countries surveyed — in the commitment to and progress in addressing poverty.  Just how adrift the country has become  is further demonstrated by the Commitment to Reducing Inequality Index finding that Nigeria’s social spending is “shamefully low,” tax policies and labour rights dismal, while its number of out-of-school children has risen to 13.2 million to retain its dubious world’s highest rank. The World Bank’s Human Capital Index rates Nigeria 152 out of 157 countries; it has the world’s 21st  highest HIV prevalence level (2.9 per cent) and remains, along with Afghanistan and Pakistan, one of only three countries that are polio-endemic.

Sadly, too, Buhari is barely breaking a sweat over Nigeria’s many killing fields. There is no reasonable argument to explain Buhari’s recent foreign trips when insecurity has overwhelmed the Nigerian landscape. Apart from Boko Haram’s deadly campaign, scores of helpless masses are being slaughtered by bandits, robbers and kidnappers in many states, especially Zamfara, Katsina, Kaduna, Benue and Plateau. In other parts of the country, life has become so cheap as violent crime pervades the country.  Buhari’s statement that it is ridiculous and unfair to suggest that he is not concerned about the situation in Zamfara is as trite as his earlier responses to the carnage.

Where is the President getting it wrong? It is said that the costs of vision-free leadership include inconsistent programmes, policies that have unintended consequences, and sheer drift. Buhari is failing woefully due to his laid back style and preferences. This government lacks a clear-cut vision to pilot a 21st century society. The economy is adrift because of the overbearing presence of government in business and security has broken down as a result of an over-centralised police system. A statist, he has refused to take the common sense route of liberalising key economic sectors and privatising the monumentally corrupt state enterprises headlined by the Nigerian National Petroleum Corporation. He is yet to demonstrate sufficient capacity to strategise, supervise or attract and use talents. His insufferable aloofness and condescending attitude are undermining public trust in government. As President, he hardly connects with the people or takes charge even in the face of unprecedented insecurity. He hardy visits the states, even when people die in tens from disasters of violent attacks. Buhari’s cold and uncaring attitude and some of his officials’ inertia have fuelled the Fulani herdsmen killings. Over 5,000 persons were killed across the country in the first six months of 2018, say civil society organisations. We cannot continue like this.

But what should Buhari be doing differently now? Meritocracy offers a solution. In “The Qualities that bear on presidential performance,” Fred Greenstein, a Professor Emeritus of Political Science at Princeton University, writes, “A president’s capacity as an organiser includes his ability to forge a team and get the most out of it, minimising the tendency of subordinates to tell their boss what they sense he wants to hear.” The President should put together a strong, detribalised and competent cabinet that is capable of thinking outside the box. He needs also to pursue market-friendly policies.  Africa is seen by the West as the last investment frontier. Nigeria, its biggest economy and population, should take advantage of this development.

Between his May 2015 inauguration as President and May 2016, Buhari made 30 overseas trips. Undoubtedly, the home front was at the receiving end. Worse, Nigerians do not feel his energy when he is around. He ensconces himself in Abuja like a hermit. This lethargic leadership should give way to purposefulness. Instead of his unprofitable foreign trips, Buhari should steer the economy in the right direction.

His government will need to attract investment for infrastructure and job creation: UNCTAD’s Global Investment Trends Monitor noted that “relatively diversified economies as Egypt and South Africa saw more stable and increasing inflows” of $7.9 billion (a 7 per cent rise) and $7.1 billion (up from $1.3 billion in 2017) in 2018 respectively, FDI in Nigeria however fell 36 per cent to $2.2 billion the same year. Pathetically, it lost the No.1 FDI recipient in West Africa status to Ghana that drew $3.3 billion. Britain opened up its aviation services to FDI when it ceded Gatwick Airport and London City Airport to Global Infrastructure Partners. Heathrow Airport has also been liberalised. As a global trend, Brazil put up 54 of its airports for privatisation in 2017, and four of them fetched it R$3.72 billion. Nigeria should subject its airports to this model of economic liberalism.

The mounting economic distress and grave security situation at home demand that the President spends less time outside the country. Foreign direct investment is not blind; its eyes are open only to safe jurisdictions that can fetch it good returns. And to ensure that the protection of the people of Nigeria is one of his primary responsibilities and functions, as he claimed, the President should accept the inevitability of state police. 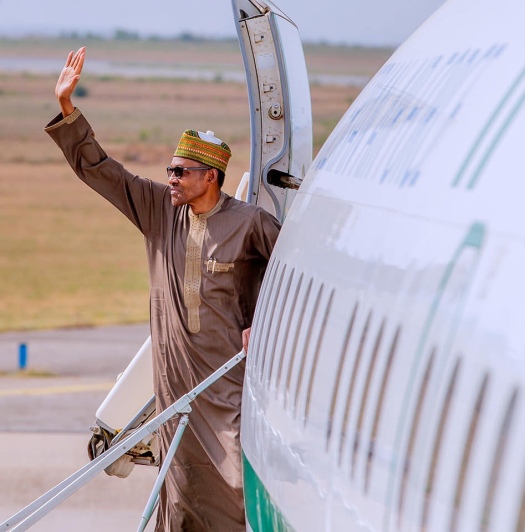