Nevermind, Julie, a vacancy will soon arise at 10 Denning Street when Labour kicks the Tories out of Thurrock and Westminster. A compassionate society is the hallmark of a Labour government both central and local. 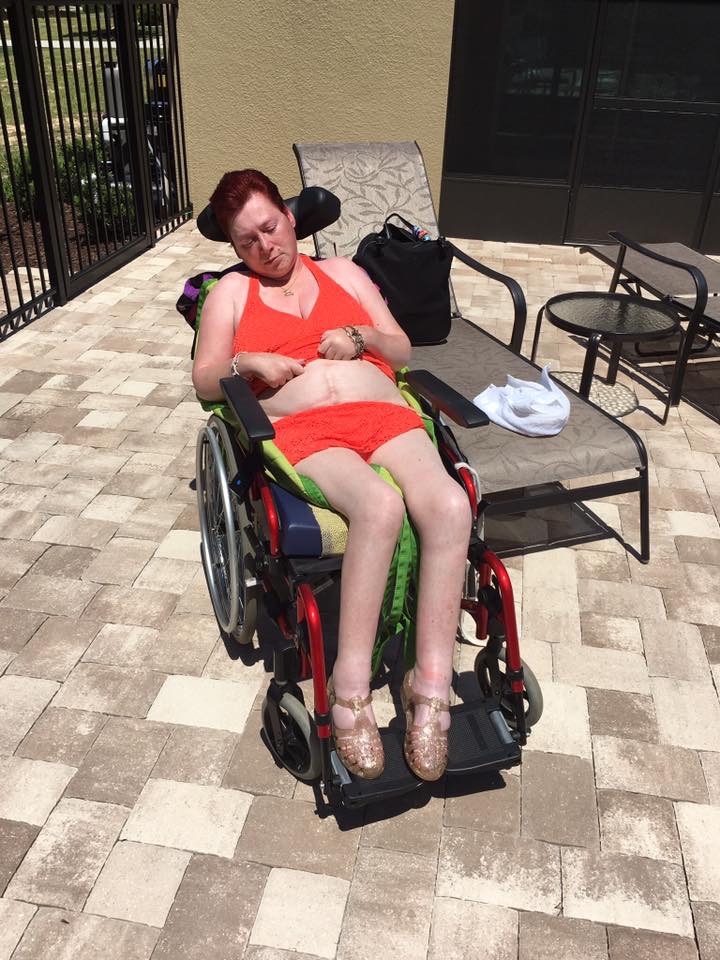 A man says that his wife has been taken off benefits and has been told to get a job by the Government despite her being a tetraplegic and having brain damage.

Julie Rodger is severely disabled and relies on her husband, family and carers to help her.

However, her husband forgot to attend a meeting so he said she was given a P45 and told to go to work.

He said that he explained what had happened as soon as he realised they had missed the appointment.

However, he got a reply to say that the reason was not good enough and Julie would no longer be receiving financial support.

A spokesman for the Department Work and Pensions said they were looking into the case.

Vince Rodger wrote on Facebook: ‘To all who know me and know my wife Julie, the Government have in their wisdom taken Julie off her employment and support allowance due to an oversight on my behalf and now has been given her P45 to start looking for a job/work.

‘Julie is a tetraplegic due to hypoxic brain damage and can’t do anything for herself.

‘Julie will be attending the job centre on Monday morning after the miracle worker has been and rid her of her disabilities.’

Explaining his oversight, Mr Rodger wrote: ‘I received the letter asking for Julie to attend an interview.

‘I put that letter in a safe place and on the morning of the interview I forgot all about it, I received a letter to explain why she didn’t attend, so I told the truth and said that I had forgotten, they sent out a reply stating that they were not accepting my reason and removed Julie from her benefit, I appealed for the decision to be changed and a new interview to take place, yesterday I received there reply that they were sticking to the original decision and removed Julies benefits.’