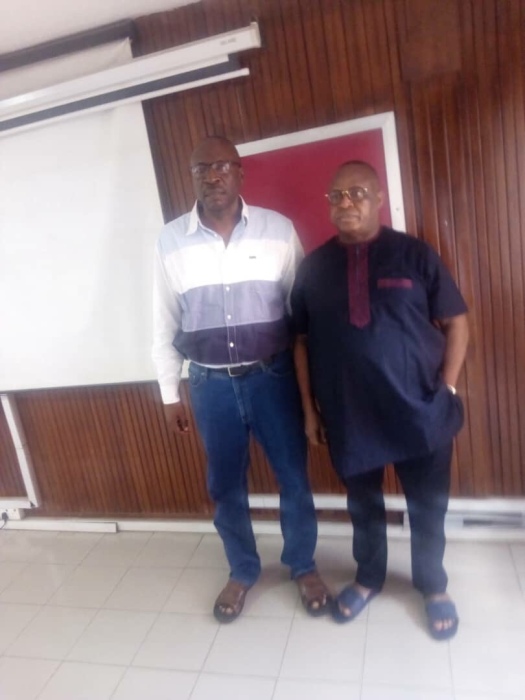 Picture of Pastor Osagie ize- Iyamu, former PDP governorship candidate in Edo State and chief Dan Orbih, PDP Chairman in Edo State who will be arraigned for fraud, tomorrow in Benin, Edo State by the EFCC.

They are to remain in prison pending when they meet their bail applications.

Pastor Ize-Iyamu and others were arraigned on Thursday by the Economic and Financial Crimes Commission on eight count charges of laundering the sum of N700m.

Justice P.I Adjokwu remanded them to prison custody after rejecting a plea by Counsel to Ize-Iyamu, Charles Edosomwan that they be kept in the custody of the EFCC.