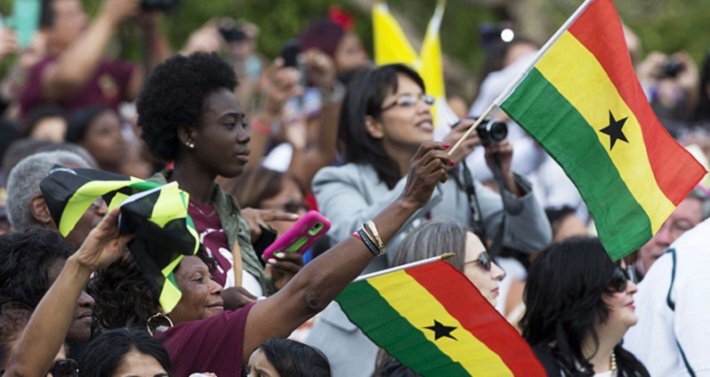 The African diaspora’s footprints are found in the nation-building and private sector projects of almost all the continent’s 54 countries. As such, the diaspora’s potential in African countries can hardly be a matter of debate […]. Recognition of diaspora’s potential is seen primarily in what such ministries, sub-ministries and special offices prioritise in their diaspora-relations work.  In Morocco, for example, the ministry for diaspora is engaging in projects that emphasise the transfer of skills and competencies, with the aim of mobilising skills and investments of Moroccans abroad in support of development projects.  In Ghana there exists a special office within the presidency dedicated to furthering diaspora engagement with the same goals. At the policy level, Ghana, through the ministry of foreign affairs and regional integration, has funded the diaspora engagement policy for Ghana. When the document is finalised,  it will acknowledge the importance of the Ghanaian diaspora  to the development discourse. These and many other examples across the continent make it apparent that Africa has woken  up to the full potential of its diaspora, particularly in the diaspora’s pivotal role in accelerating development.

No: Kamil Olufowobi, Founder and CEO, Most Influential 100 Company

Africa is not wide awake to the full potential  of its diaspora. We hear daily from across the world about the violation of the civil liberties and human rights of people of African descent. Since 2015, when the United Nations declared the International Decade for People of African Descent, no country in Africa or even the African Union has announced its commitment to support policies related to the decade’s themes. Africa should stand up for its diaspora, who  will in turn stand with it to uplift the continent and its people.  At the Most Influential People of African Descent, a global civil society organisation working with influencers worldwide,  our goal is to partner with the African Union and African governments to utilise their soft power in diplomatic relations and bilateral trade agreements to persuade governments  with African diaspora populations to implement activities around the themes of access to justice for the diaspora victims of  human rights violations. According to the World Bank, the  African diaspora sends more than $40bn to Africa, and the United States census records Africans as one of the most educated immigrant groups in the US. These stats and many more  are too important for Africa to continue ignoring.