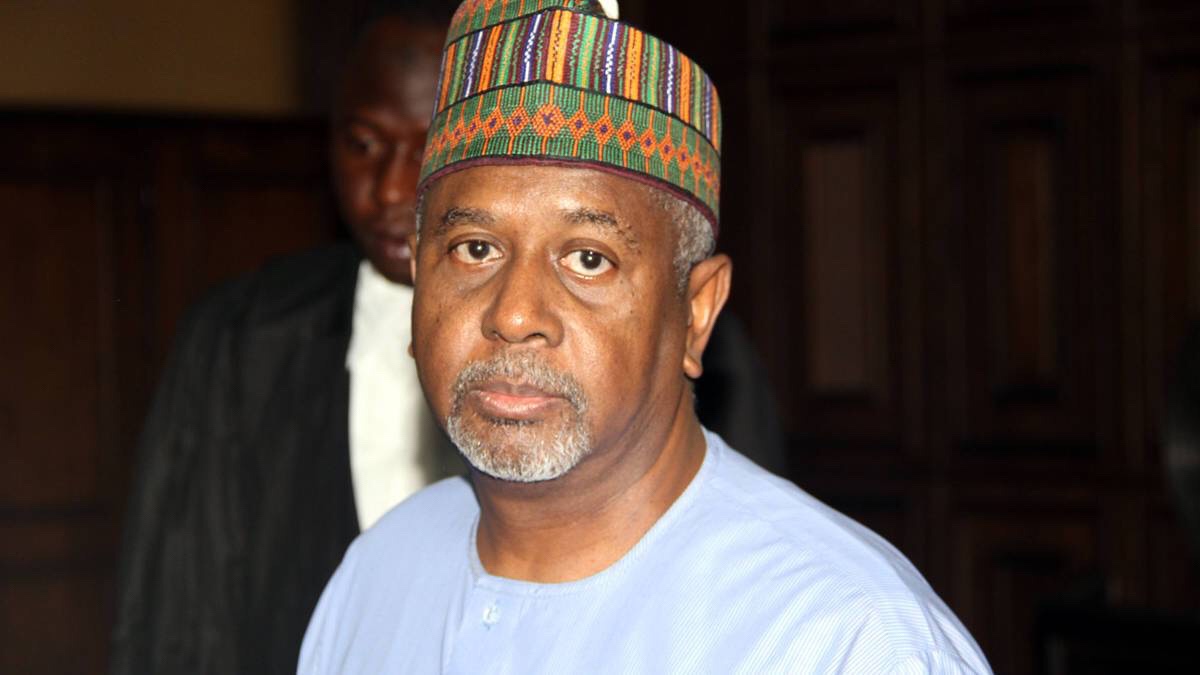 It is more than two weeks now since His Lordship Justice Ijeoma L. Ojukwu of the Federal High Court, Abuja, gave clear, positive and unambiguous orders in the matter between Col Mohammed Sambo Dasuki (rtd) as applicant and three persons – the Director General, State Security Services, the State Security Services and the Attorney General of the Federation as respondents. His Lordship affirmed that the continued detention of the respondent by the operatives of the second respondent, under the instruction of the first respondent since 29thDecember 2015, without granting him administrative bail, “is a violation of his fundamental right to liberty under Section 35 of the Constitution of the Federal Republic of Nigeria 1999”. The Court grants Dasuki bail, with clear conditions that must be fulfilled, and even goes further to add that “where there is any interview with the Applicant by the Respondents in respect of those allegations, the Applicant shall not be detained and such interview shall be conducted on working days only between 9.00 hours to 18.000 hours.”

This would be about the fifth time that a court of competent jurisdiction, including the Federal High Court, the Federal High Court of the Federal Capital Territory and the ECOWAS Court will grant Col. Dasuki bail, and the Federal Government will refuse to obey the orders of the court. Commitment to the rule of law is by far, the strongest demonstration of the democratic credentials of a government. Failure to respect the rule of law translates into the rule of men and blatant dictatorship, if not fascism. It is scandalous that a government whose leader is the only President to have been invited to address the International Criminal Court on issues of justice and the rule of law, on the occasion of the 20th anniversary of the Rome Statute, and who gave a commitment before that Court that his government is indeed committed to the rule of law and fundamental human freedoms, is to be seen to be abusing the courts of the land and violating the judicial process. This hypocrisy is condemnable. The disobedience of the courts in the Dasuki case is not the only one of its type; it is a pattern that we have seen since 2015.

What is worse is that the Attorney General of the Federation and Minister of Justice has been in the forefront of this entrenchment of a culture of impunity and official lawlessness. When the ECOWAS Court in October 2016 ruled that Colonel Sambo Dasuki’s continued detention was a violation of his fundamental rights, an aide of the AGF reportedly said the Ministry of Justice was studying the judgement. Close to two years later, they are still studying the judgement! In some other instances, they don’t even bother to study anything before telling the courts to shut up.  But it is perhaps in reacting to the latest ruling by Justice Ijeoma Ojukwu that the Attorney General fully revealed the mind of the government.  He has been quoted as saying, and he has not denied saying so, that the Federal Government will not release Dasuki from detention because according to him, Col. Sambo Dasuki is responsible for the killing of more than 100, 000 Nigerians, and so, he is being kept by the state in the interest of the “larger pubic good”, because  “government is about the people and not only for an individual.”

I respect Abubakar Malami. He is a Senior Advocate of Nigeria, and as desperate as things may be in this country, we have not yet reached a level where the SAN certificate can be procured at the famous Oluwole market. It is earned. Senior Advocates are therefore respected because they are at the peak of their chosen profession as distinguished persons. Malami, SAN, certainly knows the law but with due respect, what he has said about the Dasuki case is sheer, reckless twaddle. Every lawyer, even while serving clients, is expected to be an officer in the temple of justice. The Attorney General of the Federation is the chief law officer of the country, and the chief legal adviser to government. In Sections 150 and 174, the Nigerian Constitution places enormous responsibilities and burdens on his shoulders. Nowhere in that Constitution is he required to engage in beer-parlour talk; serve partisan interests or function as anybody’s sycophant. AGF Malami should know that he cannot by administrative fiat disobey a court of law, to do so would amount to a clear abuse of court, and an act of contempt. If there are any compelling arguments to warrant the continued detention of Dasuki, the best place to canvass those arguments would be in the court of law, and through an appeal process.

Knowing this, the AGF indeed made some reference to the possibility of an appeal, but what he seems to have done is to convict Dasuki. The former National Security Adviser was arraigned on charges of illegal possession of fire-arms, breach of public trust and illegal diversion of $2.1 billion. Malami amends the charge list, ex facie curiae, when he says the accused was responsible for more than 100, 000 deaths. This is most strange, for, the Attorney-General, no matter how heavy the pressure of his work may be, must be seen to be the chief protector of due process, standards and best practice. He cannot be seen to be acting as the accuser, the jury and the judge in either the Sambo Dasuki case or any other matter. This will amount to a violation of the doctrine of the separation of powers. The Attorney General’s personal opinion cannot override the duty of the court to grant every accused person the right to fair hearing.

Section 36(5) of the Nigerian Constitution provides for a presumption of innocence. In the absence of conviction, it is unfair to lock Dasuki up and throw away the key, and to at the same time, take away his dignity and liberty, and prosecute him in the court of public opinion. The sacred duty of the Attorney General of the Federation is to ensure that the letters of the Constitution take precedence. The liberty of any Nigerian should not be deprived except through due process. The spectacle of an Attorney General advising the Federal Government to disobey the courts must also be shocking to all lawyers and every party involved in the administration of justice. Except there is a supernatural reason for such a development, which is unknown to us, it makes no sense within the province of the law to so act, because the Attorney-General, in the contemplation of the Constitution, is an officer of the law and not a marabout.

This is the more reason why we should re-open the debate about the possibility of separating the office of the Attorney General and Minister of Justice. The National Assembly is accordingly enjoined to take a second look at Section 150 of the Constitution and amend it in order to resolve an inherent conflict which places the protection of the rule of law at the mercy of the strength of character of the occupier of that office as currently defined. Section 150 states that: “There shall be an Attorney-General of the Federation who shall be the Chief Law Officer of the Federation and a Minister of the Government of the Federation.”  Let me try and define the conflict.

The Attorney General of the Federation as “Chief Law Officer” of the Federation is necessarily performing a professional function, part of which is further explained in Section 174. He is expected to know the law, enforce due process and advance the cause of justice. He is a technocrat, and that is why he must be a lawyer of not less than 10 years experience. A Minister of the Government of the Federation is basically a political appointee, exercising delegated authority as determined by his appointor – the President of the Federal Republic. While the Attorney General’s commitment should be strictly to the rule of law, the Minister is judged and retained by his boss, and party members on the basis of his or her loyalty, the quality or non-quality of it. Not too many men can walk this tightrope successfully, balancing these two functions and the conflicting expectations, and this has been the major challenge with the idea of combining in one person the functions of an Attorney General and Minister of Justice. .

To be fair, even in the United States where there is only an Attorney General, who functions independently of the Presidency, there is always conflict. This is the main story, for example, of James Comey’s book, A Higher Loyalty (2018).Comey insists that loyalty to the country and the rule of law is more important than loyalty to Mr. President. I am paraphrasing him of course, but it is a book that Abubakar Malami should read. An amendment of Section 150 of our Constitution should create a separate office of the Attorney General of the Federation, which will be completely independent, and whose occupier will have a security of tenure, and no party or political affiliation. There can then be a Minister of Justice, who if he wishes can attend party functions and go to the Villa every day to shoot the breeze. As long as he is not in any position to do any damage to persons and institutions, he can be as political as he wants.

What we cannot afford is an Attorney General who would behave in such manner, mixing the law with politics, cherry-picking in the temple of justice, and politicizing the management of cases.  We have enough anarchy in the country already; we do not need to extend the frontiers of anarchy by allowing government to break the law. The men of today should guard against setting dangerous precedents that could consume them and the country tomorrow. The rate at which institutions have been bastardized to pave way for recriminations and vengefulness is bound to bounce back negatively and our democracy will be worse for it. Abubakar Malami is the 23rd Attorney General and Minister of Justice of the Nigerian Federation. He should be more keenly aware of the twin-burdens of law and history that rest on his shoulders  – by doing what is right in all matters and to all men.