The Benin Kingdom has had 40 Obas, including the current one, Oba Ewuare II.

Take a walk down memory lane to dig into the life and times of the 37th Oba of Benin, Oba Eweka II.

Oba Aiguobasinwin Ovonramwen, Eweka II, was the Oba of Benin from July 24, 1914 to February 1933. He was bold and courageous and these attributes earned him the appellation of Ovbiodu.

He was a skillful brass smith and an expert in ivory woodcarving before his ascension to the throne.

The British punitive expedition in Benin City in 1897 was disastrous to the throne of Benin. This was the period his father, Oba Ovonramwem, was deposed by the British and exiled to Calabar, where he would later die.

During Oba Ovonramwen’s years in exile, the Obaseki of Benin, Chief Agho Ogbedeoyo, worked with the British to rule the kingdom. The monarchy almost became extinct during the British expedition.

When Oba Ovonramwen died in exile in 1914 his accession was challenged and became a matter of debate. Chief Agho Ogbedeoyo, who acted as the Oba of Benin betweem 1897 and 1914, would have been crowned as Oba if not for the intervention of some Benin chiefs. 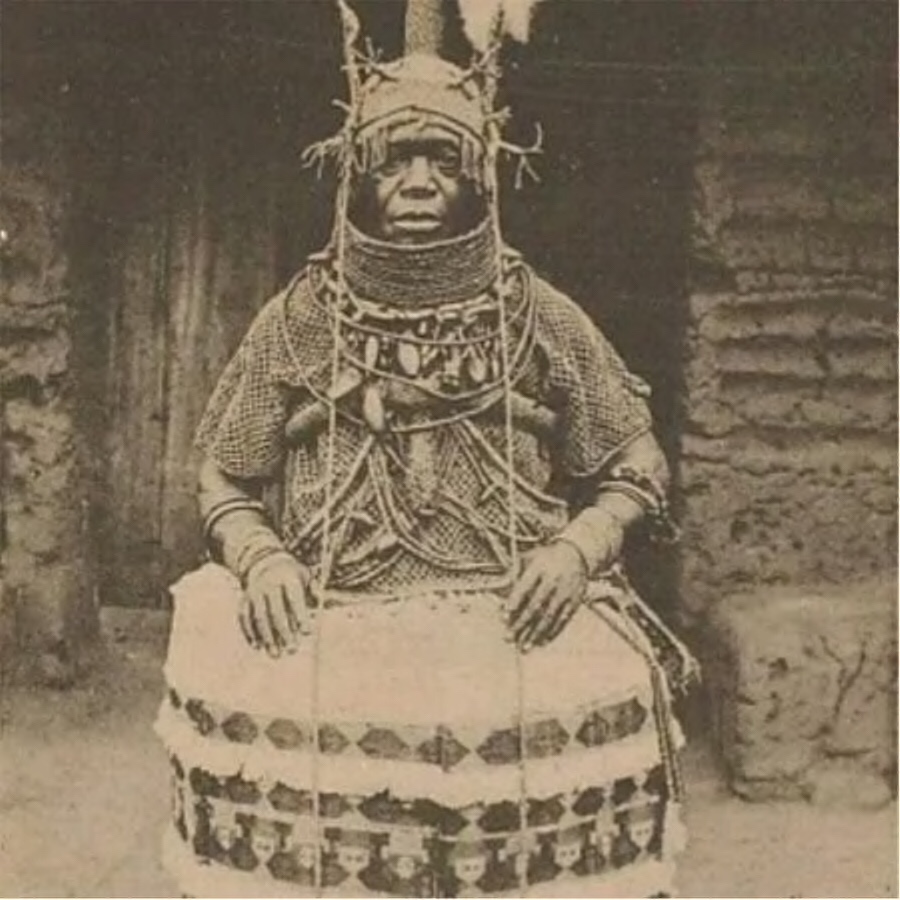 Eweka II who restored the craft guilds, also commissioned objects to replace those looted by the British. He was said to have started the Benin Arts and Crafts School.

He, however, had enemies who often accused him of human sacrifice. Whenever he was accused of this, he would be vigorously investigated and his palace would be searched but nothing incriminating would be found.