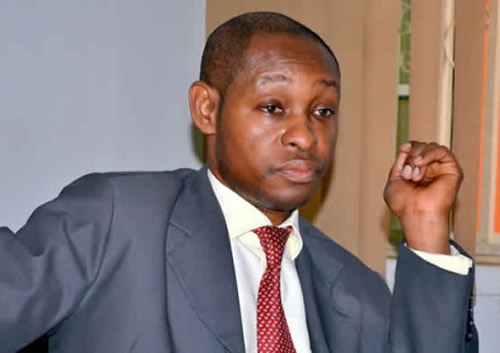 Laws, policies, rules and guidelines are made for specific purposes and to take care of certain challenges facing a society. They are made to suppress a mischief existing before their enactment – to suppress the mischief and advance a remedy either to the society as a whole or to segments of it that have suffered under the mischief. Thus, laws are not made for the fun of it, to confer an undue advantage on a leader, to attend to the personal ego of the leader or for selfish and discriminatory purposes. This explains the idea of law as an instrument for the public good, its radiance and majesty that attracts obedience as the command of the sovereign backed by sanctions. However, when the law and its implementation become distorted, society suffers and moves in the wrong direction.

This is the context of the travel ban imposed by President Muhammadu Buhari on 50 purported corrupt persons over the weekend. There are so many questions begging for answers in this resort to arbitrariness. As well, there are so many reasons why Nigeria has grown beyond this siege and jackboot mentality, informing the need for the country to take its place among the comity of civilised nations. The first is that the right to freedom of movement is a constitutional right provided in Chapter Four of the constitution which is the Fundamental Rights chapter. The provisions of Chapter Four of the constitution cannot be amended unless the proposal is approved by the votes of not less than four-fifths majority of all the members of each House of the National Assembly, and also approved by a resolution of the House of Assembly of not less than two-thirds of all states. Thus, to buttress its importance, while other sections require two-thirds majority of the National Assembly, it requires a higher proportion to amend. It is not yet in the public domain that Section 41 on the freedom of movement has been amended.

A clear understanding of these provisions will help in confirming the constitutionality, legality and propriety of the presidential travel ban.

Clearly, these claw back and derogation provisions of the constitution provide that any such derogatory action in sections 41 or 45 must scale two hurdles: the first is that the action must be done under a law and the second is that such a law must be reasonably justifiable in a democratic society. It is also not in the public domain that there is any specific law seeking to derogate from the foregoing provisions which has been passed by the National Assembly and given assent to by the President. For the avoidance of doubt, the President purports to act under the provisions of an Executive Order. An Executive Order is not a law and thus fails the first hurdle of a derogation justifiable under a law. Let us for once leave reality and assume that an Executive Order is granted the status of a law, it still has to be reasonably justifiable in a democratic society. For this second leg, the question raised is; what purpose does it serve? How will restriction of movement facilitate the recovery of stolen assets or the quick disposal of the matter in court? Even if the National Assembly enacts a law today to restrict movement of certain category of persons, it can still be challenged if the restriction serves no purpose and cannot be directed and targeted at providing a relief for a mischief which is facilitated by the exercise of the freedom of movement.