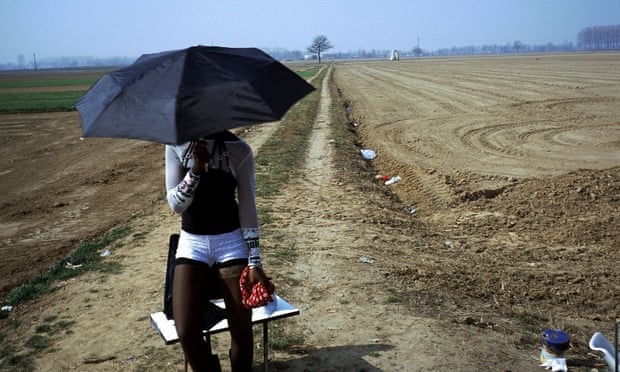 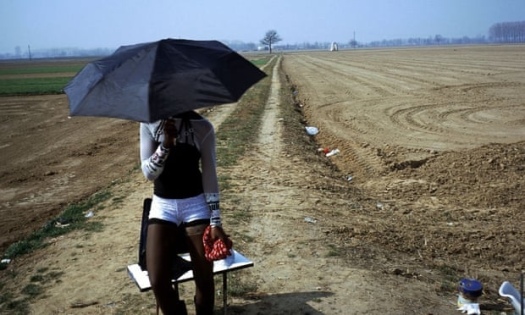 Sicilian authorities have made a series of arrests after a suspected sex trafficking ring was believed to have forced at least 15 Nigerian girls into prostitution in Italy.

Among those arrested were two Nigerian women, Rita Ihama, 38, and Monica Onaigfohe, aged 20, who police believe organised the trafficking of the women from Libya to Italy. An Italian national, Giovanni Buscemi, was also arrested on suspicion of helping facilitate the trafficking and exploitation of the girls.

Prosecutors believe the group of young women were lured from Nigeria with the promise of work in Italy. They say before they left their homes they were made to undergo traditional oath-taking ceremonies involving complicated and frightening rituals. The use of “juju” ceremonies in the trafficking of women from Nigeria to Europe are widespread and have been found to have a profound psychological impact on victims.

“On arrival in Italy, the women [say they] were forced into prostitution and told they must pay back the cost of their travel to Italy,” said Giovannella Scaminaci, deputy chief prosecutor in Messina, who led the operation. She said that sex trafficking operations between Nigeria, Libya and Italy are highly organised and continue despite recent attempts to stem the flow of migration from north Africa to Europe.

“There is an industry in the exploitation of girls from the age of 14 who have all become terrorised and controlled through the use of these juju ceremonies,” she says.

Yesterday, Sicilian prosecutors in Catania also arrested 19 Nigerians suspected of belonging to the Supreme Vikings Confraternity, an organised crime group operational across Sicily. The men are accused of drug smuggling and the rape and sexual assault of Nigerian women in Cara di Mineo, one of Italy’s largest reception centres for refugees. Prosecutors told the Guardian that they were considering the possibility that the men arrested were raping women at the centre “with the aim of subjugating them and preparing them for prostitution’’.

About 16,000 Nigerian women arrived in Italy from Libya between 2016-2017. According to the UN’s International Office for Migration (IOM) more than 80% of them were victims of trafficking, destined for a life of forced prostitution on street corners and in brothels across Italy and Europe.

In recent weeks hundreds of people have been removed from reception centres across Italy as part of the populist government’s hardline immigration measures.

The moves come as a part of a concerted push to implement the “Salvini decree” – named after Italy’s interior minister Matteo Salvini. It abolishes humanitarian protection for those not eligible for refugee status, and was passed by the Italian government last year.

As a result hundreds of asylum seekers are now at risk of homelessness. NGOs and aid agencies, including the Red Cross, have warned that victims of sex trafficking are among those evicted.

“If this is true then the decree has been misinterpreted by local authorities,” says Scaminaci. “Nigerian women victims of sex trafficking must always be granted a humanitarian permit or a refugee status because of the consequences they could face if deported back in Nigeria.”

Last December, Blessing, a 31-year-old Nigerian woman who was trafficked into prostitution in Italy, said she had been removed from a reception centre in Isola di Capo Rizzuto, in Calabria.

“When the police came to tell us that we couldn’t stay there any more, I couldn’t believe my ears,” she said. “They took all of our belongings and escorted us out. There was a young girl in our group. This is outrageous. I have a legal permit to stay. And soon I may not have a roof over my head. I’m really frightened.”

Father Enzo Volpe, a Salesian priest in Palermo who has been providing assistance to Nigerian women for seven years, says that the clearing of reception centres is likely to increase the risk of further trafficking and exploitation.

“Leaving these girls in the street, victims of sex trafficking, is not only inhumane, it also means facilitating the work of criminal organisations,” he said. “With no protection, these girls risk becoming easy prey.”