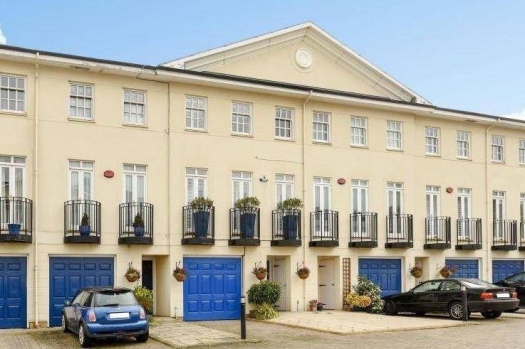 Landlords, if you haven’t inspected your rental properties for a while because you’ve entrusted them to a managing agent, I would give them a once-over if I were you before a new Act comes into force in a couple of months, otherwise you could end up in court.

From March 20, tenants will be given the power to sue landlords who fail to adequately maintain their properties as part of a new law called the Homes (Fitness for Human Habitation) Act.

This means that, rather than relying on overstretched, under-resourced councils to force landlords to carry out repairs sometime never, tenants will be able to take them to court.

What is the Homes (Fitness for Human Habitation) Act?

The Act, which is actually an update to the Landlord and Tenant Act 1985, will cover all tenancies of less than seven years in length, which must surely be the majority.

Courts will have authority to order landlords to carry out the repairs and they will also be able to award damages to tenants.

The new law is designed to prevent tenants having to put up with unsafe or unsanitary conditions, such as damp, poor ventilation, lack of natural light and blocked drains.

Of course, good landlords don’t have anything to worry about.

If you respond to tenants’ requests for repairs faster than a rat out of a trap and your properties are generally in good repair, then you’re fine.

However, if you have ignored your tenants’ complaints about such issues as damp, hoping they will just put up with it, then you had better get yourself into gear and sort it out now, otherwise you could end up in court. If you do, you won’t get much sympathy.

I am more worried about landlords who have left managing agents to look after their properties. If that’s you, do you know how well your agent is taking care of things?

Can you be sure that they have carried out necessary repairs and they haven’t just ignored tenants’ complaints because they really cannot be bothered doing any work for their commission? If you are not sure, I would go and take a look.

You can be sure that I will be quoting the Act when I next contact my daughter’s slack letting agent who has stubbornly refused to carry out any repairs to her student house, despite being repeatedly asked to do so since she and her friends moved in last September.

These include a permanently blocked shower, mould in two of the bedrooms and windows that won’t close.

I was so fed up of hearing my daughter complain about the property that I decided to call the letting agent myself, which, as my daughter’s guarantor, I felt entitled to do. However, the conversation didn’t go well. At first the guy told me he didn’t have time to talk.

Then he told me he only responded to repair requests made online. I pointed out the girls had logged their complaints several times and nothing had been done, at which point I swear I could hear him grinding his teeth.

Eventually, he agreed to carry out the repairs, but that was a month ago and nothing has been sorted. Maybe the landlord is aware of the issues but I suspect the agent hasn’t informed him.

Either way, someday someone could sue him because of his downright laziness.