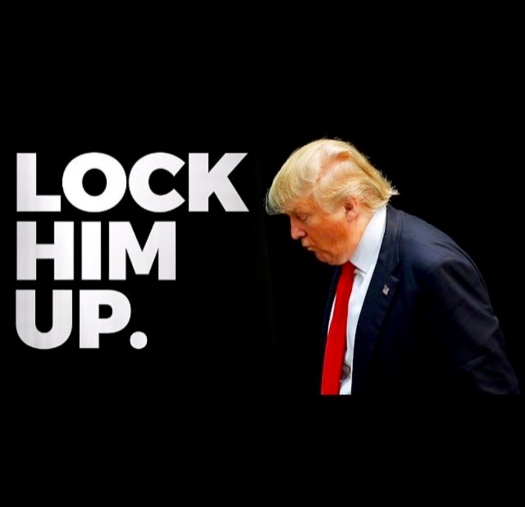 We now know for sure what kind of man Donald Trump is. Beyond the tweets, the rallies, the interviews, the debates, the press conferences, the scandals, the best-selling yet unclearly sourced insider books and the unrelenting braggadocio and aggrandizement, a comprehensive read of the Mueller report brings to life the portrait of the man Donald Trump more than anything before it.

It takes the traits we already knew he exhibited — his mendacity, his propensity to surround himself with crooks and grifters, and his single-minded self-focus — and places them in the context of a sweeping narrative about a presidential campaign and presidency devoid of ethics, honor or even strength. The stories paint a picture of a president who is both petty and small, so very small.

One of the most telling moments occurs on page 102 in the obstruction of justice section of the Special Counsel’s analysis. It tells a short version of a story we largely already knew. When Donald Trump’s son, Donald Junior, learned that the New York Times was about to break the news of his now-infamous June 9, 2016, meeting in Trump Tower with Russian lawyer Natalya Veselnitskaya, his first instinct was to come clean.

He drafted a statement that began, “I was asked to have a meeting by an acquaintance I knew … with an individual who I was told might have information helpful to the campaign.” But his father said no. His father demanded that the statement be revised to omit the motivation for the meeting. Donald Jr. complied and misled America.

Think for a moment about that story. With his campaign in the media crosshairs, President Trump threw his son under the bus. He made his son transmit his own deceptions. He exposed his son to the scorn and ridicule he so richly deserved.

There are other important moments in the report. Here’s one we didn’t know before. According to the report, in June 2017, President Trump dictated a message for his former campaign manager Corey Lewandowski — who had been fired in June 2016, a few months after a misdemeanor battery charge against him had been brought and then dropped — to dictate to then Attorney General Jeff Sessions. Trump was directing Sessions to essentially reverse his recusal from the Russian investigation to narrow the scope of the Special Counsel’s investigation. Trump wanted Mueller to merely investigate “election meddling for future elections.”

Lewandowski never delivered Trump’s message. He scheduled a meeting with Sessions, but when Sessions canceled, Lewandowski never followed through. A disgraced former campaign manager felt free to disregard a directive from the President of the United States.

It’s difficult to overestimate the extent to which Trump’s appeal to his core supporters is built around the notion that — regardless of his other flaws — he possesses a core strength, a willingness to “fight” and an ability to strike a degree of fear in the hearts of his opponents. I live in the heart of Trump country in Tennessee, and I have consistently heard the same refrain from his most loyal supporters. Trump, as they say, “kicks ass.” He was the ultimate alpha male, a political version of Tony Soprano, a formidable boss who commands an army of loyal consiglieri. Cross him at your peril.

But now, thanks to the Mueller report, his “fights” look more like temper tantrums, and those closest to him — including low men like Lewandowski and far-more-noble men like former White House counsel Donald McGahn — understand that his fury is passing and his directives are unreliable, seemingly transitory and easily forgotten or disregarded.

Moreover, his vaunted personal judgment — an image cultivated through years of careful television production on The Apprentice — has been exposed as well. When one reads Robert Mueller’s account of Trump’s own campaign chair’s extraordinary efforts to maintain an encrypted connection to Ukrainian and Russian oligarchs, it’s plain that Trump was played. Paul Manafort used Trump’s gullibility as a business opportunity.

But that’s the tip of the iceberg. Trump’s national security adviser, Michael Flynn, didn’t just lie to the FBI; he lied to members of his own administration. Trump’s informal adviser, Roger Stone, didn’t have the access to Wikileaks that he publicly boasted about. Trump’s son, son-in-law and campaign chair had the terrible judgement to take a meeting with a Russian in the explicit hope of gaining “dirt” on Hillary Clinton to support an admitted Russian plan to help Trump. None of this is admirable. All of it speaks to Trump’s critical flaws.

The Mueller report stands as a monument to reality. It plainly and clearly makes the case that Donald Trump is not the man his supporters think he is. He’s not bold. He’s afraid. They attributed to him a primitive form of loyalty, where he was good to people who were good to him. Instead, he’d harm his own son to win a single news cycle. His foolish hiring decisions have come back to haunt him time and again.

President Trump is weak — too weak even to commit the acts of obstruction he desired. As the Mueller report stated, Trump’s attempts to influence the investigation “were mostly unsuccessful,” but it’s “largely because the persons who surrounded the President declined to carry out orders or accede to his requests.” He’s not strong. He’s not wise. He’s not honorable. And sometimes, when his subordinates disregard is orders, he’s not even truly the president. Regardless of his potential criminality, there is nothing revealed in the report that is admirable — or alpha — about Donald Trump.

One Reply to “Donald Trump Is Weak and Afraid. The Mueller Report Proves It by David French”