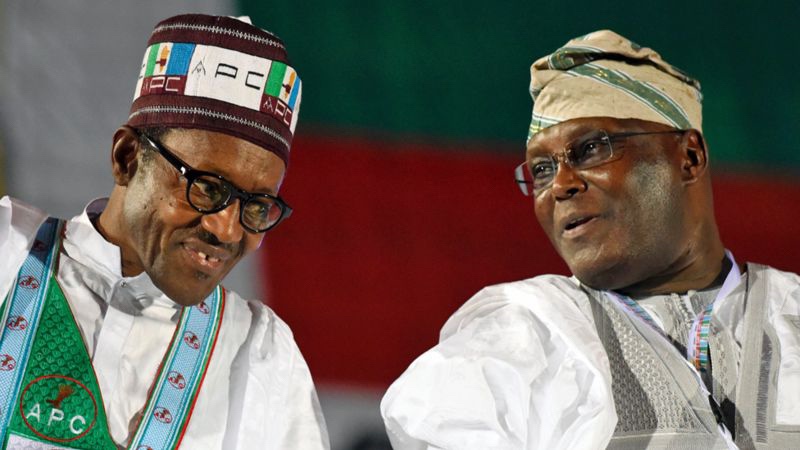 Editorial On January 24, 1980, Immigration officers arrested Alhaji Darman on the strength of a deportation order signed by the Federal Minister of internal affairs Alhaji Bello Maitama. The deportation order entitled “Shugaba Abdurrahman Darman’s Deportation Order 1980”, stated amongst other things that “…Shugaba Abdurrahman Darman at present in Nigeria ought to be classified as a prohibited immigrant” and also that “Shugaba Abdurrahman be deported from Nigeria by the first available means….” Shugaba Darman was promptly deported to a village in Chad. In response to the public outcry against the obviously politically motivated deportation, the government instituted a one-man tribunal of inquiry presided over by Justice P.C Okanbo. The NPN government and President Shehu Shagari in particular were quite concerned about the negative press that the issue was generating and also about allusions in the press to the partiality of the tribunal.

Shugaba Darman’s troubles had allegedly started as a result of him being regarded as a threat by the ruling party of the time, the National Party of Nigeria (NPN). Shugaba Darman was a charismatic politician who attracted large crowds at political rallies, the crowds were drawn to his speeches in which he criticized the ruling NPN government. The government claimed that Shugaba’s father was a Chadian hence he was from Chad. During the subsequent court case filed by the GNPP led legal team of Chief D. O.A Oguntoye, to challenge the deportation order, the government brought a Chadian woman who claimed that Shugaba was her biological son whom she wanted back; this while weeping profusely. Shugaba denied knowing the woman and claimed that his mother was alive and well known in Maiduguri even though her sight was now poor.

The Maiduguri high court ruled in Shugaba’s favour in the case of “Shugaba Darman vs Federal Minister of Internal Affairs and Others”, revoked the deportation order and awarded damages to the tune of 350,000 Naira to Shugaba. The government appealed the verdict at the appeal court in Kaduna and lost. The case was then taken to the Supreme Court and that court yet again ruled in Shugaba’s favour in a unanimous judgement by the four justices led by Justice Coker. The case was overtaken by the subsequent military coup and no compensation was paid; Shugaba said he had forgiven the Shagari led government for his deportation.

Dr Olushola Saraki was born in London and holds a British passport to date and contested the presidential nomination under the PDP. The APC sat on its hands. The position of the ruling party is that the 1961 referendum to include northern Cameroons into Nigeria was intended to create a different class of citizenship in Nigeria. The 1999 constitution proclaims that all Nigerians are equal and does not acknowledge different classes of citizenship. It ill becomes of the legal team of the ruling APC to advance this questionable legal position and for its apologists to run with it.

Nobody says Atiku is not a Nigerian now. The cogent point about his eligibility to contest to be president of Nigeria is that he was not born a Nigerian. i.e.He wasn’t Nigerian at birth as required by the Constitution! He became a Nigerian in 1961 after a referendum added his birthplace that was part of Cameroon to Nigeria at age 15, having been born in 1946.

The constitution is very clear on who can be president of Nigeria. The person has to be 100% a Nigerian at birth.

You cannot backdate the referendum of 1961 that made Atiku become a Nigerian to the date of his birth in 1946. However, all Nigerians born in that his birthplace since 1961 referendum are fully and wholly Nigerians who are qualified to be president of Nigeria, but not anyone of them born before the referendum.

Summarily; Atiku Abubakar is fully a Nigerian but not qualified to be president of the country.

His case is similar to what the Republicans wanted to use to nullify Obama’s presidency, until he provided his birth certificate that showed he was born in Hawaii, on US soil.

This is the problem with copy and paste Constitution. We brought the US situation upon ourselves even when our cases are not similar. We didn’t factor in the people that became Nigerians by referendum and otherwise when putting up the 1999 Constitution. Here we are again.

This is actually no man’s fault but a constitutional flaw and Atiku’s case has presented yet opportunity for Nigeria to see the urgency for amending our copy and paste constitution which was copied from the USA.

But until then – just like the case of APC/Abubakar Audu of Kogi state, Atiku and the PDP may have to pay for this constitutional flaw.

The APC is merely taking advantage of such constitutional loophole, which is legally allowed and it’s called technical knockout.