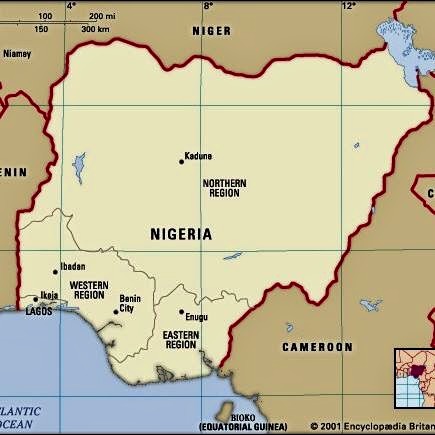 AFTER the euphoria of Saturday’s governorship elections, the winners will confront the grim reality of managing insolvent states. Just how precarious the finances of the 36 states have become was highlighted by the Fiscal Responsibility Commission, which said their combined debts exceeded their revenues by N2.39 trillion in 2017, a 53.31 per cent deficit. With oil prices unstable, mounting debts, capital flight and record level unemployment, bankruptcy stares Nigeria’s state governments in the face unless urgent steps are taken to overhaul their retrograde fiscal behaviour.

Unfortunately, the states have refused to radically reform their finances, cut costs and promote investments and productive activities after years of warnings, dwindling revenues from their main income source – oil. Instead of pruning their large, unproductive workforces, they borrow to pay salaries; and rather than pursue job-creating policies, they squander what they have and borrow more for white elephants. Part of the result is revealed in the FRC’s report that said that by December 2017, they spent N359.32 billion or 17.12 per cent combined of statutory revenues to service debts. All, except four – Anambra, Katsina, Sokoto and Yobe – had debts that exceeded their revenues by 100 per cent.

These figures become more alarming when broken down by states: Osun, for instance, has the highest debt burden based on its debt-to-gross revenue ratio of 425.6 per cent; this translates to 1,607.79 per cent on debt-to-net-revenue ratio (what is left after debt servicing charges). With N28.99 billion deducted at source from its statutory revenue of N39.42 billion, Osun was left with net statutory revenue of N10.43 billion, but had public debt of N167.8 billion and a salary bill put at N104.4 billion and internally generated revenue of N6.4 billion. This is the pattern in all the states; even in Anambra, whose debt-to-gross statutory revenue ratio of 67.08 per cent is the least, is still reckoned by the FRC to have also over-borrowed since it exceeded the 50 per cent limit on borrowing for states set out in the Debt Management Office Guidelines.

In its Annual States Viability Index, the Economic Confidential rated 17 states by 2017 as insolvent as their IGRs were far below 10 per cent of their receipts from the Federation Account. Now, that is the root of the problem: Nigeria runs a queer and unsustainable federal structure, where the centre and the federating states rely on revenues from crude oil and gas from which they share using an unscientific and unjust formula. Unlike in other rational federal polities and our past region-based federation, states exist only to share: production, resource control and competition for investments and markets are absent. Worse, the country and the states have been lacking in visionary leaders that understand the demands and direction of today’s knowledge-driven global economy and have the courage to implement reformist policies.

Even Lagos, the richest, appears to be abandoning its pace-setting governance template, a trend that suddenly put its debt-to-net statutory allocation of 905.22 per cent in the red zone: it dropped to No.4 on the Fiscal Sustainability Index as work slowed on its headline infrastructure projects like rail, highways and urban renewal, but particularly in its institutional capacity to maintain global best practices. Our state governments are wayward due primarily to the wrong practice of federalism that reduces autonomy for the units.

Borrowing to pay salaries defies logic just as wasting funds on luxury vehicles, battalions of governorship aides, bloated cabinets and idle airports and religion. States must wean themselves of dependence on oil revenue and concentrate on IGR and job-creating initiatives. They should weigh and adopt only policies that will stimulate investment, production and job creation. They should exploit all their natural advantages by making their territories attractive and safe for international and domestic private investments. All of them have advantage in agriculture, mining and tourism; they should go all out to turn these into goldmines to reverse the country’s 80 per cent poverty and 24 per cent unemployment rating.

Such competition among Austria’s nine states (lander) sees Vorarlberg developing a vibrant manufacturing sector based on textiles, electronics and machinery. Styria has shifted emphasis from industry to services and its 150 specialised energy firms make it one of Europe’s highest concentrations of clean renewable energy technology. Co-operation, competition and self-reliance among the United Arab Emirates’ seven federating territories are a modern-day miracle that saw its economy grow nearly 231 times from independence in 1971 to 2013. Abu Dhabi is pursuing diversification policies to enable it displace Dubai as the world’s fifth most popular tourism destination by 2030.

Argentina’s 23 provinces also leverage their diverse strengths in agriculture, minerals, geography to attract investments; Cordoba’s excellent public and private clinics have made it a major destination for medical tourism, while major global auto manufacturers have taken advantage of its liberalising policies to set up production plants there.

Our own states should take advantage of incentives given by the Federal Government to seek reputable partners to exploit minerals for local processing, investments in power, agriculture and ranching and in small enterprises and start-ups. Zamfara looks on while artisans illegally smuggle its gold; Ondo ignores its bitumen, Kogi has been identified with 11 mineral types, and Osun, gold, kaolin and cocoa.

Nigeria must reorganise itself as a proper, functional federation: the current unitary contraption has failed. The mindset of those like President Muhammadu Buhari who oppose this rational option must be overcome. Governors who cannot deliver jobs and development have no place in governance in the 21st century.