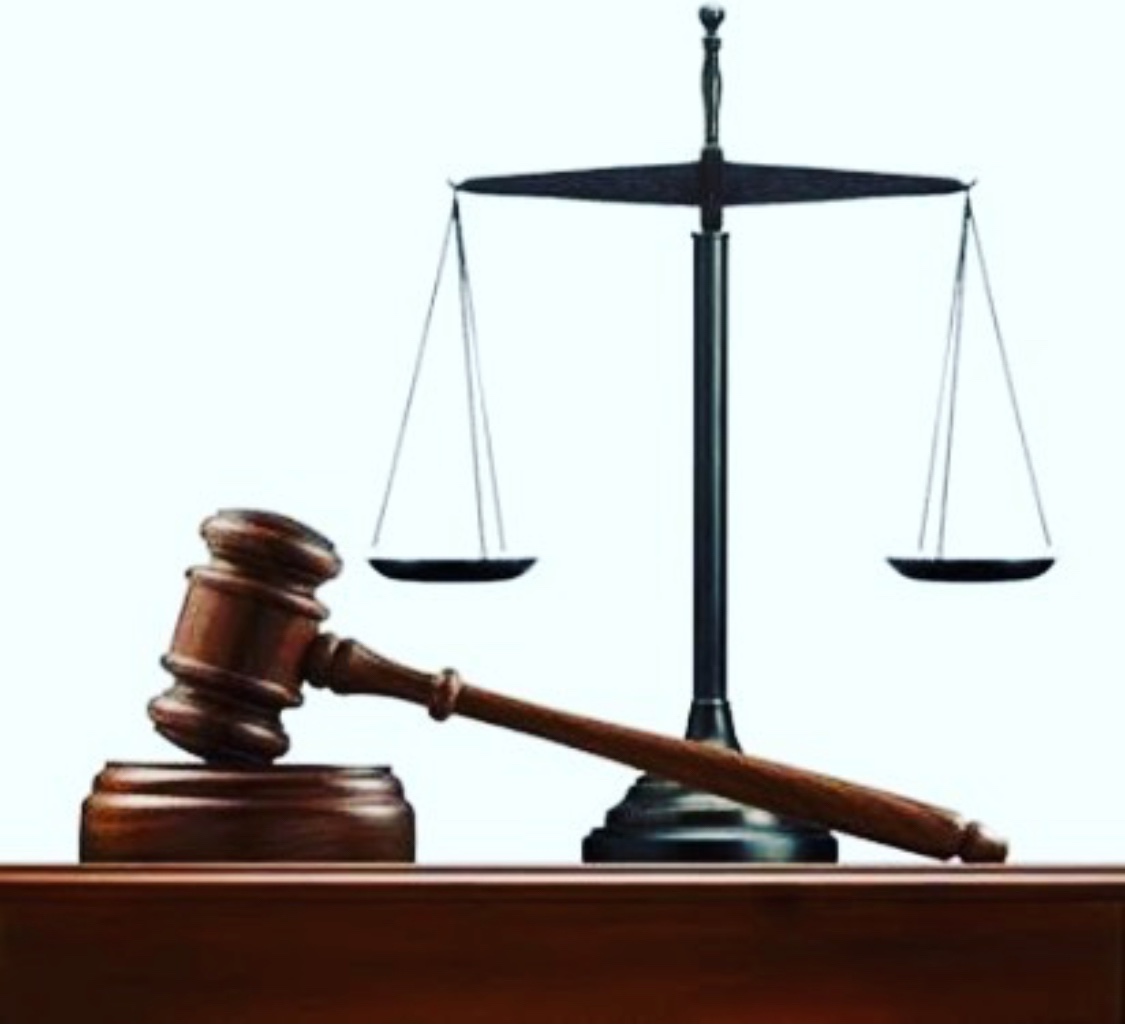 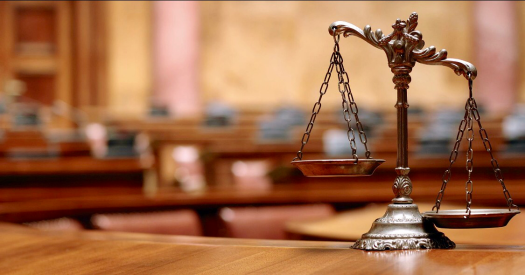 Ms M was placed in temporary accommodation by LB Barnet following a homeless application. Barnet found her to be intentionally homeless but continued to provide accommodation under Children Act 1989.

The property was a private property. Barnet had taken a licence agreement with agents for the landlord in 2015, for a term of 12 months and thereafter month to month. Ms M was given a ‘temporary accommodation agreement’ by Barnet.

About a year later, Barnet served a Notice to Quit on Ms M and then brought possession proceedings. Ms M defended and at first instance, the claim was before HHJ Jan Luba QC.

Ms M’s defence was that her occupation met the conditions for a secure tenancy under section 79 Housing Act 1985, specifically that it dd not fall under the exceptions in Schedule 1 to the Act, because paragraph 6(b) of Schedule 1 was not met.

“6. A tenancy is not a secure tenancy if:

b) the terms on which it has been leased include provision for the lessor to obtain vacant provision from the landlord on the expiry of a specified period or when required by the lessor.”

“5.1 This Agreement is effective from the Licence Commencement Date until the expiry of any Notice of Termination given by either of the Parties

5.2 Either Party may terminate this Licence by giving the other not less than 14 days’ notice in writing of its intention and upon termination; the Licensee will make arrangements with the Licensor to jointly check the condition of Property and its contents

5.4 Termination by the Licensee

5.5 Termination by the Licensor

Where the Licensor wishes to terminate the Licence, he may do so by way of a telephone message followed by a written Notice to Terminate AND thereupon all interest of the Licensee and the Occupant in respect of the Property shall cease and determine at the expiry of the notice period.”

Ms M’s argument was that there was no ‘expiry of a specified period’ in the licence agreement, so 6(b) was not satisfied, as it required both vacant possession at end of specified period and on demand by the lessor. This was based on Haringey LBC v Hickey(2006) EWCA Civ 373. In Hickey, the Court of Appeal decided that an agreement for a fixed term, but which only contained a power to determine by the council licensee, not the lessor, did not meet 6(b), on the basis that the requirements of 69B) were not met. There was discussion, but no conclusion as to whether both elements of 6(b) had to be met.

Against this was argued Tower Hamlets London Borough Council -v- Abdi (1993) 1EGLR 68, 71, in which an indeterminate term agreement, with a clause for the licensor to terminate on 7 days notice, was found by the Court of Appeal to comply with 6(b).

At first instance, HHJ Luba QC held that there was not necessarily any clash between the two precedents.

51. In these circumstances and for those reasons, I am satisfied that in the instant case, reading both the agreement of 2015 and the supplemental agreement of 2017, there is provision for the lessor to obtain vacant possession, “when required”, namely by giving the requisite notice. I understood Mr Lee to be contending the giving notice to terminate did not inexorably lead to the proposition that the landlord would obtain “vacant possession”, that term appearing in Sch 1 para 6b). To my mind there is nothing in that point. As the Court of Appeal recognised expressly in Hickey, a lease for a finite period necessarily rests on the premise that at the end of the term, vacant possession will be given. Likewise, where an agreement provides for termination by notice, that is on the necessary premise that at the expiry of notice, vacant possession will be given.

However, the NTQ was found not to have been served.

The arguments on appeal were broadly as a first instance:

Mr Lee (for Ms M) submits that, as applied to the facts of the present case, the licence between the Council and Rent Connect must contain a single, twin track, provision providing Rent Connect with possession each month (as the arrangement is a periodic monthly licence) or when required. In the absence of any such clause, paragraph 6b) is not satisfied and Ms Mohamed’s occupation attracts security of tenure. Ms Hodgson (for Brent) submits that the agreement for a periodic monthly licence need only provide for possession ‘when required’, which it does, by provision of a clause requiring possession on not less than 14 days’ notice. Paragraph 6b) is satisfied and Ms Mohamed does not have security of tenure.

The Court of Appeal agreed with HHJ Luna QC.

Applying my analysis to the present case: The licence arrangement between Rent Connect and the Council was for an initial fixed term of 12 months followed by a periodic (monthly) occupation. It was a periodic arrangement by the time Ms Mohamed took occupation in April 2017. Ms Hodgson submitted that the facts are analogous with the case of Abdi. Mr Lee disputed this saying the arrangement is a hybrid fixed term/periodic one. I accept Ms Hodgson’s submission that the facts are akin to the indeterminate arrangement in Abdi. As mentioned above, I accept Ms Hodgson’s submission that the parties to the arrangement between Rent Connect and the Council would not have been able to answer the question “when does this arrangement end?” In Abdi the provision was for possession on ‘not less than 7 days’ notice’. Clause 5.2 provides for possession ‘on not less than 14 days’ notice’. I can see no material difference between the two notice requirements. In line with Mann LJ’s decision in Abdi, I find that Rent Connect can obtain possession when it requires. This is sufficient because the licence is periodic. Accordingly, paragraph 6b) is satisfied and Ms Mohamed has no security of tenure. The difficulties of applying the construction of paragraph 6b) proposed by Mr Lee is apparent when applied to the facts of this case. Clause 5.2 provides for Rent Connect to take possession on not less than 14 days’ notice. It is difficult to see how there can be any security of tenure with a provision such as this. Yet on Mr Lee’s interpretation there would be security of tenure because Clause 5.2 does not also provide for possession at the expiry of every month.

For the reasons given above, the appeal is dismissed. The requirements of paragraph 6b) of Schedule 1 to the Housing Act 1985 are satisfied by the provision for vacant possession on ‘not less than 14 days’ notice’ – i.e. when required. Accordingly, Ms Mohamed does not have security of tenure.

The key point of the first instance judgment is:

“48. Ms Hodgson’s claim for possession on this point, therefore, turns or falls on her main proposition that in the case of an indeterminate term such as Abdi, the requirement for the double-headed termination provision identified in Hickey cannot run. That is because, by definition, the agreement does not contain a specified period. What it does contain is simply a provision for termination by the parties on notice and, most importantly in the instant case, clause 5.5 termination by the licensor on notice i.e. on request.

49. Mr Lee struggled manfully to argue against this justification for the distinction between the judgments in Hickey and Abdi. He failed to satisfy me that Ms Hodgson’s submissions were incorrect. It seems to me that these two judgments are precisely reconcilable. They provide, see Hickey, that where an agreement is for a specified period, i.e. a fixed term and will therefore terminate at the end of the fixed term there must be a second or supplementary provision allowing for termination by the lessor when he or she requires, even if that be before the end of the express term.

50. In contrast, see Abdi, where there is no express term under the occupation arrangement, termination will only be when required by either of the parties. In this case, as in Abdi, there is an express term enabling the landlord to terminate.”

So, where there is a licence agreement between a landlord and a council for provision of temporary accommodation, so long as that agreement was or has become a periodic term, a clause allowing the landlord to end the licence on X days notice will be sufficient to avoid the occupation being under a secure tenancy.

But, Hickey remains good law. A licence agreement that does not include a clause for termination by the landlord on notice, even if the agreement is for a fixed term, may leave it open that the homeless sub licensee has a secure tenancy,