I took the time to assess Buhari’s ministers and here is the verdict.

The cabinet was unveiled with fanfare, six months after Buhari was sworn-in on May 29, 2015.

Buhari of the All Progressives Congress (APC) won a second term in office on February 23, 2019.

All of Buhari’s ministers have just submitted their stewardship reports as directed by the president, on April 24, 2019, with the assemblage of a new cabinet in the offing.

A valedictory Federal Executive Council (FEC) meeting will hold on May 24, and Buhari will name a new cabinet after May 29, 2019.

As you read this, there’s a lot of lobbying and jostling in Abuja over who makes Buhari’s second term cabinet, with the current ministers doing everything to please the boss just so they can be retained.

How did the ‘senior’ ministers of Buhari’s first term fare? Here’s my candid–sometimes brutal—assessment on a scale of 1-10:

PS: The performances of Ministers of States or junior ministers won’t be reviewed in this essay for obvious reasons.

Recently, Ngige wondered why anyone should complain about Nigerian doctors fleeing their homeland since his country produces ‘surplus doctors’ for export.

However, to his credit, the federal government increased the nation’s minimum wage, even though most states won’t be able to pay the new rate in a crippling economy.

One of Buhari’s more cerebral ministers until he exited the cabinet for a governorship run in his home State of Ekiti.

A policy wonk and strategist of note, Fayemi outlined a mining blueprint which Nigeria could well rely on in the years ahead.

The problem here is that, there is nothing tangible just yet in Nigeria’s confused mining maze, even though the country is littered with untapped minerals and unexplored wealth buried underneath the ground.

The jury is still out on whether Fayemi translated his bags of ideas to a workable blueprint.

He talks a good game, plays bitter politics and gives as good as he gets in the country’s cut-throat public space.

Amaechi, it has to be said, has done well.

The Rivers State born politician has worn his portfolio on his sleeve, he frequents project sites to galvanize contractors and fire them up to increase the pace of work and it is to his credit that trains now chug through Abuja-Kaduna and elsewhere. Amaechi’s zeal can be infectious on occasion.

Amaechi sleeps, drinks and eats rail lines and trains. He gets a pass for effort and some degree of implementation. ‘Talk and do’ is just about right here. 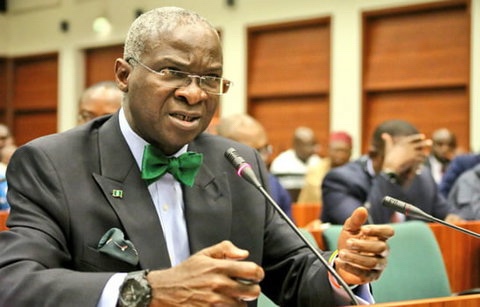 Babatunde Raji Fashola, SAN is a Nigerian lawyer and politician who is currently the Federal Minister of Power, Works and Housing (360dopes)

No one person deserves to be punished with three ministries, even if you were a stellar performer in Nigeria’s commercial capital or a superman.

It is why Fashola has wobbled and fumbled in the power sector, under-performed in the housing sector and performed above average in the works corridor.

He has tons of excuses for why Nigeria remains in darkness and most of them have been laughable and silly at best.

In the power sector, Fashola abdicates responsibility and cedes the blame to the buccaneers who bought power assets without a shred of competence in their breast pockets.

However, no one would say Fashola has performed poorly when it comes to fixing Nigeria’s deplorable road surfaces and kick starting new road projects.

Abdulrahman Bello Dambazau has been quiet on the job (Punch)

He should have been named ‘Minister of Public Holidays’ because we only get to hear from him when a public holiday is around the corner.

Dambazau’s job also includes protecting the nation’s borders, emergency management, policing, consular and immigration services, reformation and reintegration of inmates and security of lives and property. He has floundered on all counts.

All she did was play politics from the moment she got into the cabinet.

It was just as well that politics condemned her to the sidelines of the nation’s discourse in the end; her governorship bid in Taraba state evaporating like harmattan haze in the midday sun.

Not much has been heard of him since he gleefully announced that Nigeria was going to start producing pencils.

Once in a while, Onu tells us of space and nuclear projects no one needs.

He should make the list of ghost workers any day, any time.

Nigeria’s former Finance Minister Kemi Adeosun speaks after the inauguration of the Efficiency Unit during an exclusive interview with Reuters in Abuja, Nigeria, November 30, 2015.

Until the press sunk its talons into her NYSC exemption certificate, she was doing just fine, one ‘Britico’ accent at a time.

Adeosun did her bit to clean up the nation’s finances, bring some accountability to revenue streams, whip dodgy and recalcitrant state governors into line, forcefully see to the implementation of the Treasury Single Account (TSA) across government agencies, while encouraging whistle-blowers to go to work with restless zeal.

She knew her beat, warts and all. Unfortunate that her beat didn’t quite know her.

You have to wonder why he still has the job, seeing as he’s allegedly done a lot to stall investigations into the Malabu oil scam and a N5.7b corruption case in Katsina.

Malami was also alleged to have being behind the reinstatement of fugitive Abdulrasheed Maina, a former pension boss who allegedly fled with billions of Naira belonging to the nation’s starving pensioners.

Nigeria’s justice minister doesn’t strike you as a man who desires justice.

Adebayo Shittu during his ministerial screening at the National Assembly (Punch)

Kindly remind me what his achievements have been again? 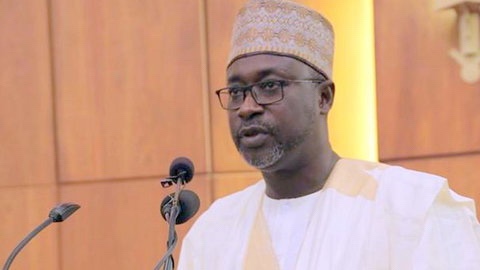 Same as Shittu above. Not worth another shred of computer ink.

He may be a walking PR disaster and a man who says the ‘darnest’ things in front of the cameras, but Plateau State born Dalung has revitalized sports like Taekwondo, Karate and Basketball, among others.

Nigeria’s Sports Ministers used to be Ministers of Football. However, on Dalung’s watch, other sporting federations are experiencing something close to a new lease of life.

The football federation boss and Dalung aren’t exactly buddies due to politics, but Dalung isn’t exactly the walking disaster caricatured in the media, if his hands-on approach has been anything to go by. 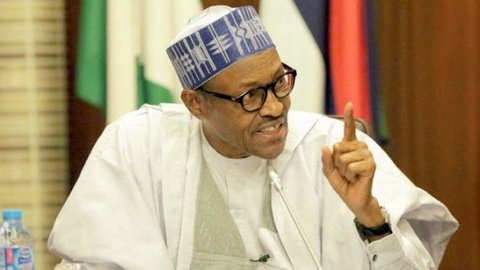 Just why the nation’s president has decided to keep this portfolio for himself is anyone’s guess.

However, the petroleum sector still huffs and puffs with the same old problems of no discernible pathway toward deregulation, improper pricing, comatose refineries, oil workers threatening to down tools now and again, a corrupt NNPC, corruption everywhere you turn and the lack of a blueprint and master-plan that ensures that Nigeria doesn’t have to wait for imported petrol to run its economy.

The queues may have disappeared at the filling stations, but there’s always that fear that they could return when you wake up. 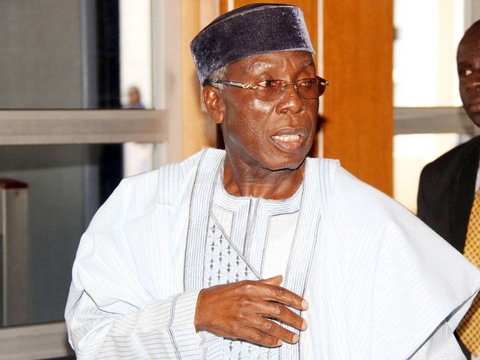 He really is as ‘old school’ as they come, often proposing 18th century solutions to 21st century problems.

His prescription for solving the farmers-herders crisis was as befuddling as his revelation that Nigerians now import Pizza from the UK (not even from Italy).

However, kudos to Ogbeh for the silent rice revolution and fertilizer provision to farmers. He may not know a thing about Pizza, but he sure knows how to meet farmers at their points of need, even though a lot still needs to be done. 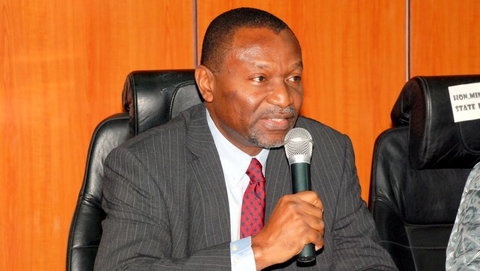 His budget processes have been tardy and error-strewn.

Udoma is a calm head though and a thinker. He’s been very diplomatic on the job, dutiful if you would.

But he would need to do more if retained.

He has done his job the way only Mohammed can.

A dyed-in-the-wool propagandist who knows what it means to throw the opposition off balance with sophistry, Mohammed’s information dissemination tactic can rile and awe all at once.

However, you have to say he hasn’t carried the new, online media along as he has done the traditional media, preferring to tag online practitioners as “fake news” at every opportunity and sneering at them as ‘never-do-wells’. A huge mistake.

Like everyone in Buhari’s media/communication department, Mohammed prefers to make enemies when he should be making friends for the government he serves in.

Tone deaf, aloof and unreachable. It is little wonder that the more likeable, younger Abike Dabiri (the President’s Foreign and Diaspora Affairs Adviser) has taken the shine off of him.

If Onyeama knows how to communicate what he’s been up to, he’s yet to tell anyone. 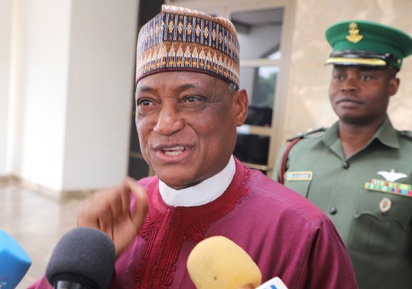 What exactly is his job description again? 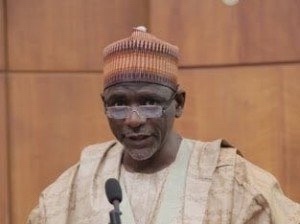 Mr. Anonymous doesn’t deserve our time today, even though his name is raised to the power 2.

Doctors have embarked on a strike on his watch, hospitals remain understaffed and reduced to consulting clinics on his watch and doctors are fleeing Nigeria in droves.

Except for battling polio, Lassa fever and measles with characteristic weakness, Adewole often looks like he hasn’t got a clue. And who can blame him?

Otherwise, Uguru hasn’t pulled much weight like most in this lifeless cabinet.