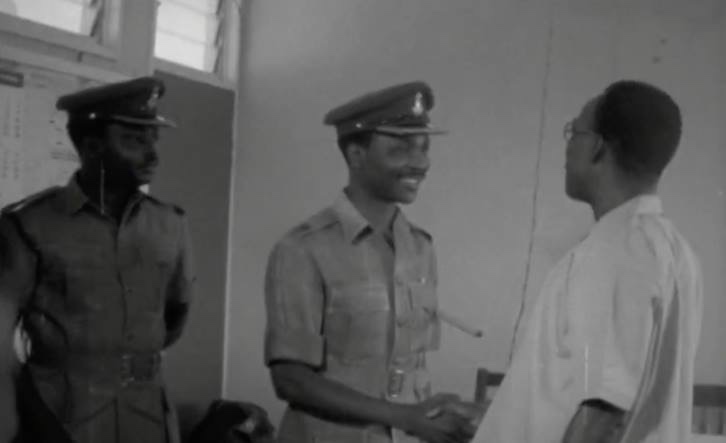 Background: Obafemi Awolowo was convicted for treason and jailed (in 1964) for conspiring with the Kwame Nkrumah government to overthrow the Nigerian government under Prime Minister Tafawa Balewa.

On January 15, 1966 some young officers fronted by Maj. Patrick Chukwuma Nzeogwu cut the head of PM Balewa’s government figuratively in that Balewa and other regional Premiers (except Michael Oparah, the Eastern Premier and Dennis Osadebay, Mid Western Premier) were murdered in the violent coup.

Nzeogwu’s coup was immediately put down by the General Officer Commanding (GOC) of the Nigerian Army, Maj-Gen JTU Ironsi, who then seized control of the Nigerian government.

Many young northern officers felt some type of way that mostly northern politicians and officers were killed in the January coup by the officers who took out Balewa’s government, so these northern officers retaliated in July 1966 brutally taking out Maj-Gen Ironsi. Many Igbo officers and NCOs were also massacred by mutineering NCOs from the north across Nigeria in July 1966. The roving spirit and mastermind of the July Coup was Murtala Muhammed. Muhammed and his co-conspirators were prepared to cut off northern Nigeria from the Nigerian federation and were dissuaded by more mature minds and diplomats. Muhammed and his conspirators agreed to have Col. Yakubu Gowon as the new Head of State so Murtala Muhammed was always lurking over Gowon’s shoulders and this picture is poetic in that regard.

Almost 10 years after this picture was taken, Gowon was overthrown (i.e. July 1975) and Murtala served for a short time as Nigeria’s Head of State before he was assassinated in February 1976 by conspirators led by another participant in the July 1966 coup – Buka Suka Dimka.