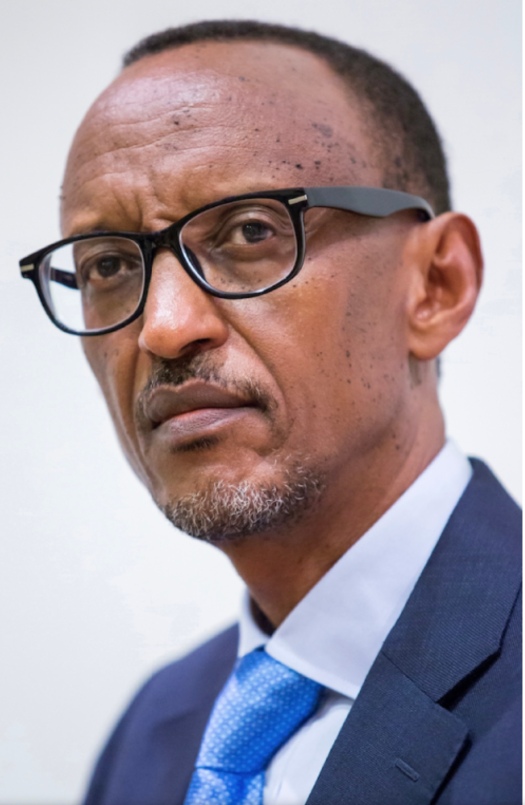 Personal business is what’s brought the President of Rwanda to Manhattan. Paul Kagame’s daughter is graduating from Columbia University with a master’s degree in international affairs. “I probably will have to come back in two weeks again,” Kagame says of his U.S. visit, in a room in the Park Hyatt, half a block south of Central Park. “My son is graduating from Williams College.”

His country, meanwhile, is marking an anniversary. It was 25 years ago that some 1 million Rwandans were murdered, a genocide that went unchecked by Western governments. The slaughter lasted until guerrilla forces led by Kagame drove the killers from the country that he has ruled since–six years in the de facto capacity of Vice President and since 2000 as President.

The trauma still defines Rwanda, not least in the minds of foreigners. “We live kind of under that shadow,” Kagame says, adding, in the abstract terms he prefers, “It is just one set of narratives built around a geographically small country in the heart of the continent of Africa. They may not even bother to know where it is or even what it is.”

What Rwanda is, even before the genocide, is an unusual parcel of East Africa: made up entirely of hills, with a population of 12 million extremely organized from the center outward–prefecture, commune, sector. The genocidaires used that organization to mobilize the slaughter by ethnic Hutu extremists against the ethnic Tutsi minority. That organization survived the genocide and in the quarter-century since has reported to Kagame.

What has he done with it? It depends on whom you ask.

“Twenty-five years on, we have built a stable society, a stable economy,” Kagame says. “We are developing. Everything is still a work in progress, but you can measure and understand where we have been and where we are now.”

The measures are impressive. Since 1990, life expectancy has risen from 48 years to 66, and the mortality rate for children under 5 dropped from 152 per 1,000 live births to 42. The country remains poor, but Kagame’s government is trying to position it as something exceptional in Africa–a place to do business. It ranks 29th in a World Bank survey assessing the business environments of 190 nations. And Rwanda has made striking progress when it comes to gender parity: 61% of its legislators are women, higher than in any other country. The World Economic Forum says only five countries have more significantly narrowed their gaps.

But in other ways, Kagame’s government fulfills the cliché of governance in Africa, where the watchdog organization Freedom House says only 20% of nations qualify as “free.” Rwanda is essentially a single-party state, dominated by the Rwandan Patriotic Front and with Kagame in the role of indispensable man. Under the constitution, revised four years ago, he can serve until 2034.

The Associated Press summed things up succinctly in April: “25 years after genocide, Rwanda’s Kagame is praised, feared.” Kagame studies the two descriptions, then hands the headline back. “There is a third one,” he announces. “The third one is that the people of Rwanda know what they want.”

Kagame, 61, grew up in a refugee camp in neighboring Uganda, to which his parents had fled from an earlier assault on the Tutsi population. He is known as remote, and his cool reserve plays to both of his reputations: technocrat and iceman. But at the Hyatt, in a $700 room crowded not with furniture but with photographers and plainclothes security, the topics he warms to are the most difficult.

One is foreign aid. Money poured into Rwanda after the genocide, both because the need was great and because its government appeared to be more competent than most at spending rather than pocketing it. Kagame, however, has had enough of what comes with the money.

“There is a permanent role of supervision,” he says. “The initial, first resources given us should create a foundation for us to build on. This is how people realize their own dignity, those who care about it.” Speaking of dignity, he was the first African leader to meet with President Trump after his infamous reference to “sh-thole countries.” He let it pass. “If anyone insulted Rwanda or me, then I try to make sense of it,” Kagame says. “I say, What is it that gives basis to this kind of thing?”

He appears less inclined toward introspection on the question of his own extended tenure and what it might say about the quality of Rwandan democracy. “There is a tendency to think these African leaders, they’re just there to do wrong things to their own people,” Kagame says. “They’re so bad, they don’t even know what is good for them.” He says he “wanted to leave” when his last term expired and had to be coaxed into running in the election in which, by the official tally, he won 99% of the vote. A key rival, Diane Rwigara, was first barred from running and then arrested.

“I’m not a leader fraudulently,” Kagame says. “I’ve made investments. My investments are not about infringing on people’s rights. I’m not that kind of person.”

One danger of remaining in office for decades, of course, lies in what comes next. Kagame says his party is not grooming a successor. “That becomes more or less a monarchy or something like that,” he says. But by many measures he already qualifies as a strongman, albeit one who takes the presidential Gulfstream G650 to an Ivy League graduation rather than on a shopping trip to Paris (a common destination of the continent’s more kleptomaniacal rulers).

“I have fought for my own freedom,” he says, only slightly animated in his defiance. “I have fought for the freedom of my people better than these supervisors who come and say, ‘Well, you are doing this. You know, don’t do this.’ No! I know what I am doing. I know what is good for me. I don’t need to be told by anybody.”

Rwanda’s President lights up at the suggestion that perhaps, in some quarters, more is to be expected of his government because it stopped the genocide–the idea being that the people who ended a great evil must be heroically virtuous. But human-rights groups argue that every crime is equal: just as those who ordered the genocide faced international justice, so should commanders accused of orchestrating revenge killings. This debate has been going on since 1994, and it is snarled in a dark history. Kagame’s forces pursued the genocidaires into the forests of the Democratic Republic of Congo and there prosecuted a pair of wars that claimed some 5 million lives, mostly by starvation and disease.

“Every problem about that situation has been sitting on our shoulders,” says Kagame, who is having none of it. “We are being blamed because we are still alive. If we are not”–he laughs–“they would have nobody to blame. I think between surviving and being blamed and not surviving, it is obvious. The choice is very clear.”