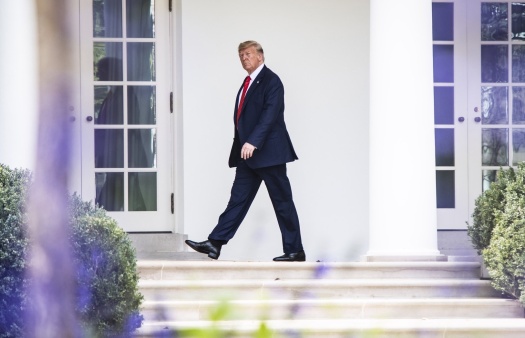 WASHINGTON (The Borowitz Report)—Shortly after tweeting that his impeachment could result in a civil war, Donald J. Trump clarified that, in the event of such a war, he would seek a new note from his podiatrist.

Trump issued the clarification after military advisers cautioned him that, after starting a civil war, he might reasonably be expected to participate in it.

Speaking to reporters on the White House lawn, Trump said, “Much as I would like to fight in a civil war, my very serious foot condition would keep me from doing that.”

Trump said that, although every other part of him was “extremely young and vibrant,” his feet “are in no condition to fight.”

He added, however, that the country should “think very carefully” before engaging in a civil war. “It would be very sad for the United States to have a civil war for the first time in its history,” he said.