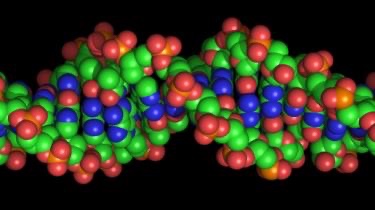 Black Africans are at a disadvantage when it comes to drug treatments because they represent only 2% of the genetic samples used for pharmaceutical research, but a new Nigeria-based genomics company wants to change that.

This dearth of genetic studies on diverse populations also has implications for risk prediction of diseases across the world, according to a scientific paper published by US-based academics in March.

According to Abasi Ene-Obong, the founder and CEO of biotech start-up 54gene, black Africans and people of black ancestry are more genetically diverse than all of the other populations in the world combined, making their genetic information “a huge resource to be tapped”.

He has set up a genetic research laboratory in Nigeria’s largest city of Lagos, from where his team plans to analyse some 40,000 DNA data samples by the end of 2019, with a view to reaching 100,000 over the next 12 months.

Dr Ene-Obong says that knowledge of the role genetics plays in diseases will help in developing relevant treatment.

“Drugs are not even made with Africans in mind, they are not trialled clinically with an African population, so what you have is drugs with lower efficacy for African populations and with poorer safety profiles,” he told the BBC. 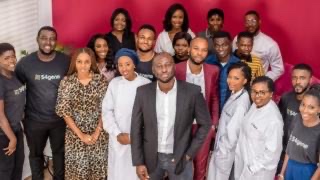 Pharmaceutical giants often manufacture drugs for the profitable Western market, and the generic variants are only available in Africa after these companies lose their patents.

Dr Ene-Obong says the way to fix this lag is to increase access to genomic data from African populations to promote inclusive scientific research.

“This will lead to optimised treatment and diagnostic outcomes that will not only treat Africans but also everyone else,” he says.

But Dr Ene-Obong says 54gene will also explore the genetic role in non-communicable diseases like cancer, cardio-vascular disease, hypertension, dementia and others.

The start-up is currently working with hospitals in Nigeria to collect DNA samples.

“We don’t interfere with the care the patients are getting, but with their consent… we collect either spit, blood or body tissue for analysis,” Dr Ene-Obong said.

He says the company is not just interested in collecting samples and storing them in a biobank but also improving health care in the communities where they work.

Launched in January, 54gene’s growth has been frenetic. In July, the start-up received seed funding worth $4.5m (£3.5m) from investors.

The bulk of the money is being used to expand the lab in Lagos, hire new staff members, and to build an off-grid power supply because of Nigeria’s notorious power outages.

I see it as reverse brain drain, a sort of brain gain, bringing together talented people who have worked in places where they provide world class medical care”

Dr Ene-Obong left his role as a management consultant in the pharmaceutical sector to start 54gene, which is currently made up of more than 30 researchers who have worked in leading medical institutions in the US and UK.

“I see it as reverse brain drain, a sort of brain gain, bringing together talented people who have worked in places where they provide world class medical care.

“Our goal is to make sure that people are being diagnosed and treated using similar standards of care that you’ll find in the UK or the US,” he says.

The biotech firm – named after the 54 internationally recognised countries in Africa – also plans to expand operations on the continent through partnerships with pharmaceuticals and research programmes on the continent.

“We are not trying just to be a Nigerian company… we are in talks with countries in East Africa, West Africa and South Africa.”

However, he is worried about regulations or the lack of them in some African countries.

The company has signed up to comply with data protection regulations like the US Health Insurance Portability and Accountability (Hipa) laws and Europe’s General Data Protection Regulation (GDPR) policy.

He says that all patient data is anonymised and stored in encrypted systems. 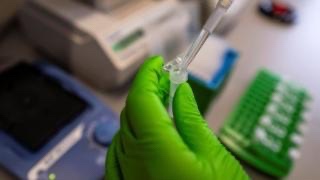 The company plans to launch several labs across the continent

There are several governments in Africa, for example in Kenya and Uganda, where the authorities have proposed the mass collection of DNA data to help fight crime.

The data collected by 54gene could therefore be valuable to the government and other private organisations.

But Dr Ene-Obong says the firm has no interest in sharing the information they gather.

“We have been approached by insurance companies to see if they can use the data to modify their offerings but we have turned those down.”

The firm would, however, be willing to share “big picture data”, which could help the government in understanding the status of the health of their populations.

“Information that they can use for planning and resource allocation,” he explains.

He says 54gene is determined not just to be regarded as “an African company” but a biotech firm with global footing.