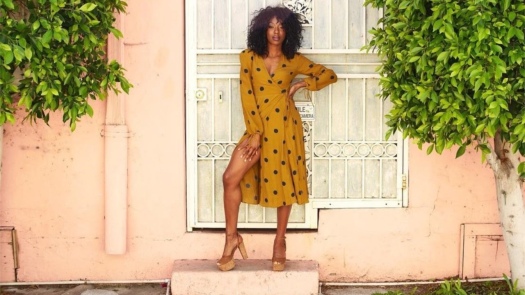 In 2006, Nwodim, who is of Nigerian heritage, graduated from Eastern Technical High Schoolin Essex, Maryland, near Baltimore. She received a biology degree from University of Southern California. Deciding to pursue a career in comedy, she began taking classes at the Upright Citizens Brigade Theatre (UCB) in Los Angeles. Until joining SNL, Nwodim was a regular cast member at UCB, where she also performed her one-woman show Great Black Women…and Then There’s Me.

Nwodim was named one of the New Faces at the 2016 Just for Laughs festival. Also that year, she performed at the CBS Diversity Showcase. Supporting roles on television for Nwodim include Law & Order True Crime: The Menendez Murders (a three-episode arc in 2017), 2 Broke Girls, and Living Biblically.

Impersonating Maya Angelou, Nwodim roastedvarious celebrities and companies in a 2017 Funny or Die sketch. Nwodim has made several guest appearances on the podcast Comedy Bang! Bang!

Nwodim’s addition to the cast of Saturday Night Live, a long-running NBC sketch-comedy show, as a featured player was announced on September 21, 2018.

On Sept. 29, Saturday Night Live returns for its 44th season, and a new featured player will be drumming up laughs on the ever-popular NBC sketch series. Per Variety, comedienne Ego Nwodim will be joining the cast.

Not only is the news exciting based on Nwodim’s talent alone, but it’s also significant because she is one of only a handful of women of color to have been hired in SNL’s 43-year history. Preceding women of color who’ve been hired by the long-running series include Yvonne Hudson, Danitra Vance, Ellen Cleghorne, Maya Rudolph, Sasheer Zamata and Leslie Jones (a current cast member).

Here are a few other interesting things to know about the latest addition to the season 44 cast.

According to Variety, Nwodim graduated from the University of Southern California — but not for acting or any other creative-driven field. Rather, she earned a degree in biology.

3. She had her own show prior to SNL

You may not have seen it, though, unless you’ve been spending time at the UCB Theatre in Los Angeles. That’s where Nwodim has been a regular cast member and where she put on her own one-woman show, “Great Black Women… and Then There’s Me.”

Nwodim’s acting credits include the feature-length films Singularity, 5th Passenger and the recently completed It’s a Party. She hasn’t starred in any major blockbusters yet, but the sky’s the limit once SNL fans realize how talented Nwodim is.

More: 15 Celebs Who Rose to Fame After Being Fired From SNL

With Postmates, like the rest of us. In September 2017, Nwodim tweeted, “Every time I get a Postmates delivery, I feel like I’m getting a taste of what it’s like to have a boyfriend minus his emotional issues.” Postmates picked up the tweet and ran with it in a Buzzfeed article, proving that good things come to those who wait — for their groceries to be delivered to their door.