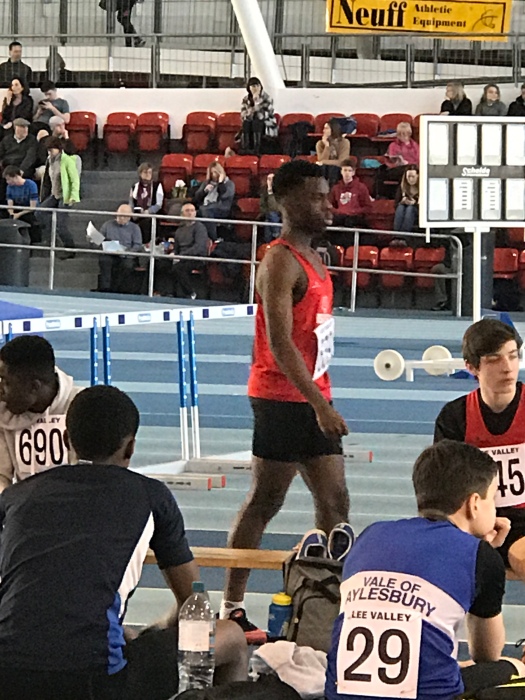 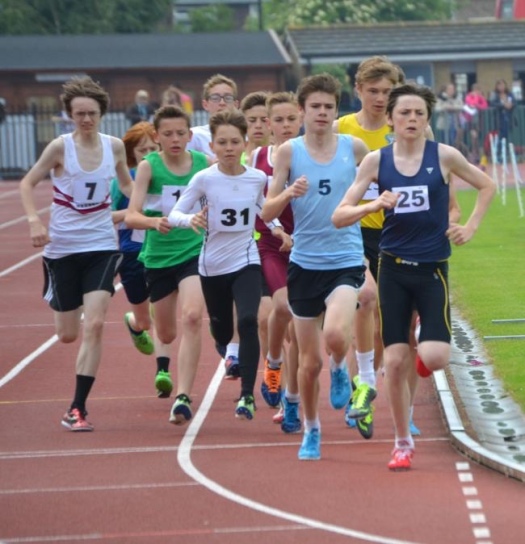 Pupils fought to be crowned Essex Schools champions and to win places on the county team for next month’s English Schools Championships at Melbourne Park, Chelmsford. As usual there were some stunning performances with the Essex Schools selectors facing plenty of headaches when they come to choose their team for the nationals. RYAN GOAD looks at the best of the action. 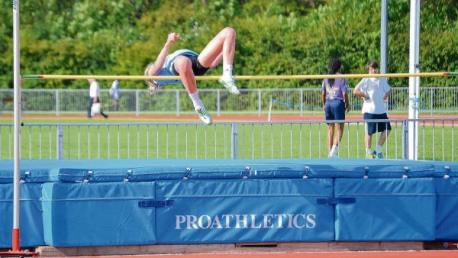 Beauchamps School’s Mae Bullman jumped higher than she has ever done before to win a silver medal in the high jump (1.58m) with Southend’s Paige Hutchings winning bronze (1.49m).

FITZWIMARC School’s Gabrielle Quigley continued her fine season by winning the discus with a throw of 32.90m while Mayflower School’s Connie Forman was an agonising four centimetres away from the national standard as she won the long jump with a leap of 5.16m, finishing ahead of Charlie Bruce (Southend, 5.04m) who won silver.

Southend High School for Girls’ Hannah Badger won the high jump with a clearance of 1.43m while Sewa Adejoa (Southend, 10.10m) won bronze in the shot, one place ahead of Laura Runciman (CP&R 9.44m).

SOUTHEND High School for Girls’ Uche Okafor highlighted her potential again by storming to a gold medal in the 200m in 27.33s while another Southend borough athlete, Abena Oteng, won bronze in the 100m (13.98s). 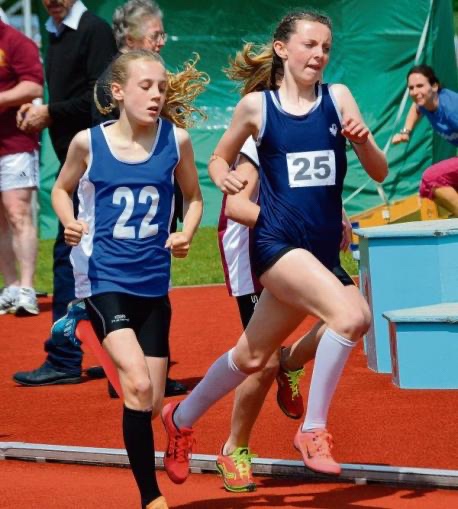 Felicity Galbally won a silver in the Year7 girls 600m

CASTLE View School’s Levi Causton won the battle of Essex’s top hammer throwers and jumped to fourth in the national rankings with his huge throw of 59.41m, getting the better of Alex Reynolds (56.55m) and Billy Praim-Singh (Southend, 55.01m). All three will be hoping to do battle again in the colours of Essex at the English Schools Championships.

Another who looks to have booked his place in Birmingham for the English Schools is FitzWimarc School’s Michael Shields who ran the fourth fastest 100m hurdles time in the country this year to win gold in 13.43s. Shields’ Basildon AC team-mate Lewis Beard (Thurrock schools) was second in 13.97s and Aaron Mensah (Southend, 14.67s) third.

Brandon Heath (Basildon) won the triple jump with a distance of 13.17m with Ben O’Donovan (CP&R) finishing third with 12.84m.

Another gold medallist from the Basildon borough was Atanas Stoichkov whose putt of 12.12m was unbeatable in the shot, while Harrison Smith (Southend, 3.30m) won pole vault gold ahead of Kareem Codabaccus (CP&R, 2.27m).

Keiran Pottle leapt out to 6.51m to win a silver medal in the long jump with Fluke Ladphanna (CP&R) winning bronze in 6.02m.

CASTLE Point & Rochford’s Adam Liddell had arguably the performance of the entire championships as he won the triple jump in a UK-leading distance of 12.76m, though Castle View School’s Victor Adebiyi could justifiably lay claim to that title too with his putt of 13.75m which won the shot in another distance that was the best in the country this year. 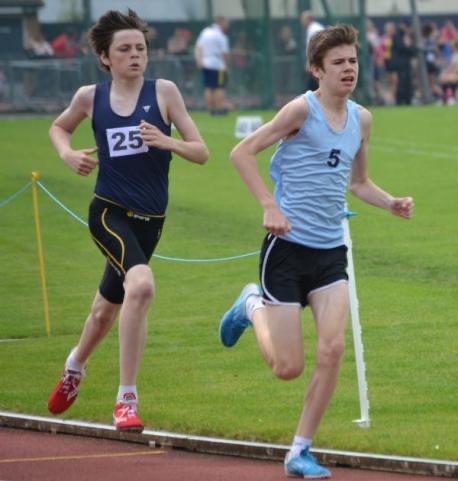 Sweyne Park School’s Rob Runciman picked up gold in the high jump (1.72m) with Sam Jones (Southend) finishing third with 1.66m, while Alex Skingle (Southend) won the hammer with a throw of 38.89m.