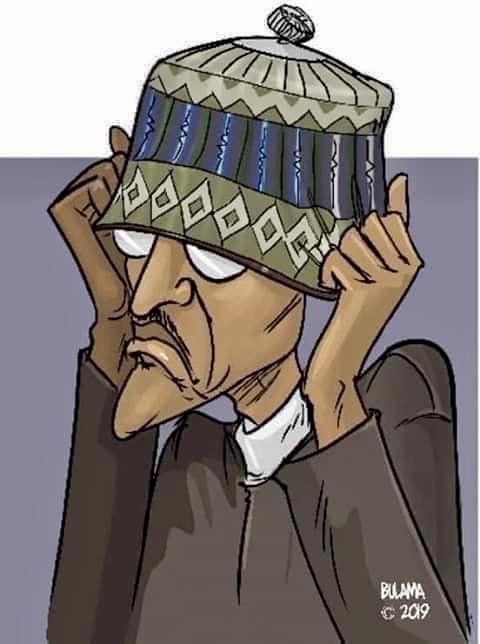 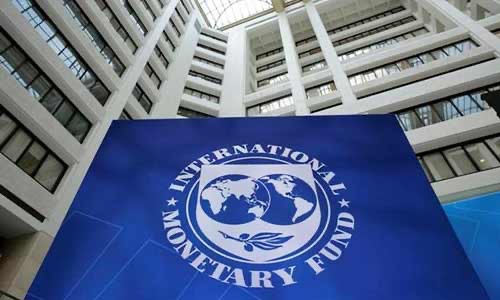 NIGERIA and other poor countries that turned to the International Monetary Fund (IMF) for financial assistance to cushion the negative impacts of the COVID – 19 pandemic on their economies are being forced to implement austerity measures which have imposed more suffering on their citizens.

A report published by Oxfam on Monday, October 12, 2020, said: “84 per cent of the IMF’s COVID-19 loans encourage, and in some cases require, poor countries hard hit by the economic fallout from the pandemic to adopt more tough austerity measures in the aftermath of the health crisis”.

Oxfam is a confederation of 20 independent charitable organisations focusing on the alleviation of global poverty, founded in 1942 and led by Oxfam International.

In April, the IMF Executive Board approved $3.4 billion emergency financial assistance to Nigeria, under its Rapid Financing Instrument, to support the Federal Government’s efforts in addressing the severe economic impact of the COVID-19 pandemic, particularly the sharp fall in oil prices.

Kristalina Georgieva, IMF Managing Director, in an article titled ‘The Long Ascent: Overcoming the Crisis and Building a More Resilient Economy’, on October 6, 2020, said the organisation has provided 81 countries with COVID-19 related funding.

According to her, IMF’s loan commitments have reached more than $280 billion, with more than a third of the amount approved since March.

Georgieva added that the IMF has a significant amount of funds from its total lending capacity of $1 trillion still available for countries in need of financial assistance as a result of the pandemic.

However, a new analysis by Oxfam revealed that 76 out of the 91 IMF loans negotiated with 81 countries since March 2020 – when the pandemic was declared – push for belt-tightening that could result in deep cuts to public healthcare systems and pension schemes, wage freezes, and cuts for public sector workers such as doctors, nurses and teachers, and unemployment benefits, like sick pay.

The Oxfam report mentioned Nigeria as among nine countries whose government’s promised an increase in Value Added Tax rates and collection, once the pandemic abates, as parts of the conditions for receiving IMF assistance.

But findings by our correspondent revealed that a post-COVID hike in VAT was not the only austerity measure the Federal Government had agreed to implement in return for the IMF financial assistance.

Already, ordinary Nigerians are feeling the harsh impacts of one of the consequences of the IMF $3.4 billion financial assistance – the deregulation of the downstream sector of the petroleum industry, which has led to a hike in the petrol pump price.

The Federal Government had promised IMF that it would ensure the ‘final removal’ of fuel subsidy before the Fund agreed to extend the $3.4 billion to Nigeria, and the government has already lived up to that promise by finally removing the subsidy, following the deregulation of the downstream sector of the petroleum industry.

Checks revealed that the Federal Government agreed to implement policies that would amount to ‘austerity measures’ in a Letter of Intent sent to the IMF as part of the application for the $3.4bn emergency financial assistance.

If the Federal Government sticks to the commitments it made to the IMF, which are part of the conditions for the assistance, Nigerians who are still groaning over the increase in the cost of goods and services due to the recent 7.5 per cent hike in VAT are in for more trouble as the Letter of Intent stated that a further increment in the tax would be implemented once the pandemic is over.

The Federal Government also promised the IMF that Nigerians would be made to pay higher for electricity, with the introduction of a full cost-reflective tariff for power, in 2021.

As it were, it appeared that the Federal Government jumped the gun on the timeline for the introduction of higher charges in the power sector by going ahead to increase the electricity tariff in 2020.

However, the power tariff hike has been halted temporarily as government and labour engage in talks over the implementation of the application of the cost-reflective tariff in the country.

In the Letter of Intent, the Federal Government told the IMF, “First and foremost, we will revert to our government’s planned medium-term fiscal consolidation path – which includes increasing revenue to 15 per cent of GDP through further VAT reforms, rise in excises, and removal of tax exemptions – once the crisis (COVID-19 pandemic) passes.

The recent introduction and implementation of an automatic fuel price formula will ensure fuel subsidies, which we have eliminated, do not re-emerge.

“We are also advancing in our power sector reforms – with technical assistance and financial support from the World Bank – including through capping electricity tariff shortfalls this year to N380 billion and moving to full cost-reflective tariffs in 2021.”

Meanwhile, in the report it released on Monday, titled ‘Behind the Numbers: the spending, accountability, and recovery measures agreed between the IMF and your government’, Oxfam noted that the sum of $101 billion which the IMF has lent to 81 countries, so far, had paved a path to austerity in the world’s poorest countries.

Sub-Saharan Africa, which has most of the world’s poorest countries, has received the highest number of loans worth a total of $15.8 billion. However, the lion’s share of IMF’s committed funds has gone to Latin America and the Caribbean ($50.9 billion to 20 countries).

Over 50 per cent of the IMF’s total COVID-19 financing has been committed to just three countries – Peru, Chile, and Colombia.

Oxfam said its investigations revealed a ‘shocking trend’ whereby the IMF insists on the implementation of austerity measures, once the pandemic ends, as a condition for assistance to poor countries.

Parts of the Oxfam report said, “By far, the most shocking trend we found, was the IMF’s emphatic call for austerity once the COVID-19 crisis abates. We found fiscal consolidation measures promoted in a whopping 84 per cent of the loans, across 67 countries. This pervasive trend was found in 76 of the 91 loans we reviewed and was not confined to one type of loan instrument.

“For example, we noted this explicit advice for countries that took on emergency loans (Rapid Financing Instruments (RFIs) and Rapid Credit Facilities (RCFs) such as Gabon, Mozambique, South Africa, El Salvador, and Tunisia.

“In cases like Egypt and Ukraine which entered more traditional IMF programs, these measures actually came in the form of loan conditions. The Gambia and Jordan also took on traditional loans early in the crisis (presumably negotiated pre-pandemic) and though Jordan was allowed temporary flexibility for emergency spending, the country is expected to get back on track with fiscal consolidation after the pandemic.

“In some instances, like Cameroon and Ethiopia, which had existing IMF programs binding them to fiscal consolidation pre-pandemic, with their new COVID-19 financing, they agreed to resume such measures once the crisis recedes.”

Continuing, with specific reference to Nigeria, the report said, “To illustrate what the future could hold for some countries in the COVID-19 recovery period, at least nine countries, including Afghanistan, Nigeria, and São Tomé and Príncipe intend to introduce/increase Value Added Tax (VAT) collection, while 14 countries plan to cut their wage bills including Tunisia, Barbados and Lesotho. Worryingly, some have committed to undertake both these measures.”

Also, based on recommendations, 14 countries including Barbados, El Salvador, Lesotho, and Tunisia are likely to freeze or cut public sector wages and jobs, which could mean lower quality of healthcare and fewer nurses, doctors, and community workers in countries already short of healthcare staff.

Warning against the development, Oxfam said “history has shown that IMF-imposed rigid and rapid fiscal consolidation in response to previous crises around the world has meant cuts to schools and hospitals, loss of benefits for workers and the elderly, increases in regressive forms of taxation that impact low-income households and women disproportionately, and exacerbate economic and gender inequality”.

The report added that the Oxfam and Development Finance International (DFI) analysis released last week revealed that governments’ failure to tackle inequality – through support for public services, workers’ rights, and a fair tax system – left them woefully ill-equipped to tackle the COVID-19 pandemic.

“The IMF has contributed to these failures by consistently pushing a policy agenda that seeks to balance national budgets through cuts to public services, increases in taxes paid by the poorest, and moves to undermine labor rights and protections. As a result, when COVID-19 hit, only one in three countries, representing 22 per cent of the global workforce, had safety nets for workers to fall back on if they lost their job or became sick,” Oxfam added.

Chema Vera, Oxfam International’s Interim Executive Director, said the austerity measures being promoted by Oxfam would end up being counterproductive.

“The IMF’s austerity drive will hurt the countries it claims to help,” he said, warning that the Fund was repeating the mistakes it made in the aftermath of the 2008 financial crisis where ordinary people paid the price for austerity measures.

Instead, Vera said the IMF should press countries to boost investments in universal health and education.

Already, there is increasing opposition to the IMF’s imposition of austerity measures as a condition for financial assistance for poor countries hit by the COVID-19 pandemic.

On October 4, 2020, more than 500 charities, social groups, and academics from different countries, including Nigeria, sent a letter to the IMF, warning that its support programs, which have had to be ramped up to cope with COVID-19, were condemning many countries to years of austerity.

In the letter with the heading, ”The IMF Must Immediately Stop Promoting Austerity Around the World’, they noted that “the IMF has already started locking countries into new long-term austerity-conditioned loan programs”, and warned that “fiscal consolidation-driven austerity would only worsen poverty and inequality and undermine the achievement of economic and social rights”.