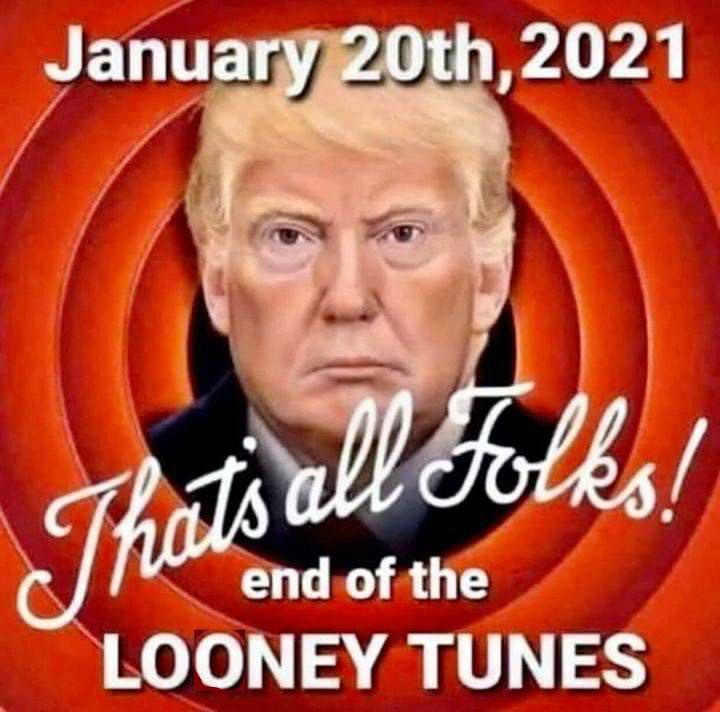 Donald Trump avoided conviction by a vote of 57–43, but the Democratic impeachment managers presented overwhelming evidence of his culpability.Photograph by Saul Loeb / Getty

On January 18th, two days before relinquishing power and flying off to his tropical exile, Donald Trump did what tyrants love to do: he attempted to rewrite the history of his nation.

His instrument was the 1776 Commission, a motley assemblage of right-wing academics, activists, and pols who called for “patriotic education” in the schools and the construction of a National Garden of American Heroes that would “reflect the awesome splendor of our country’s timeless exceptionalism.” The garden would feature statues of Bogart and Bacall, Alex Trebek, and Hannah Arendt. The era of Trump will be recalled for its authoritarian politics, its lawless compulsions, and its hallucinogenic properties.

It is not difficult to imagine how the members of the 1776 Commission would evaluate Trump’s second impeachment trial. They, like the great majority of Republicans in the Senate, would vote for acquittal. Trump avoided conviction by a vote of 57–43 on Saturday, but history—history as it is assembled through the rigorous accumulation and analysis of fact—will not be so forgiving. Throughout the trial, the Democratic impeachment managers presented overwhelming evidence of Trump’s criminal culpability, his incitement of the January 6th assault on the U.S. Capitol. Their case was clear: for months, Trump sought to undermine, then reverse, a national election, and, when he ran out of options, after he was thwarted by various state election officials and the courts, he proved willing to see the lives of his own Vice-President, the Speaker of the House, and other members of Congress endangered so that he might retain power.

There is a long history of violence against democratic processes and voters in America: in the eighteen-fifties, nativist gangs like the Plug Uglies set out to intimidate immigrant voters; in the eighteen-seventies, white Southerners formed “rifle clubs” and attacked Black voters to hasten the end of Reconstruction. But this event was unique in U.S. history. This mob was inspired by a President.

After final arguments on the floor of the Senate on Friday night, I spoke with Jamie Raskin, a Democrat who represents Maryland’s Eighth Congressional District and who was the lead impeachment manager for Trump’s trial. Shortly after we began talking about the proceedings, Raskin cut himself off for a moment, saying that he needed to collect his thoughts.

“I have to admit,” he said, “I’m exhausted.” For Raskin, the trial was the least of it. On the day before the assault on the Capitol, Raskin and his family had buried his son Tommy, a brilliant young man who was suffering from depression and took his own life on New Year’s Eve. And yet, despite the weight of that unspeakable tragedy, Raskin guided the prosecution of Trump in the Senate chamber with a grace, an unadorned eloquence, rarely, if ever, witnessed in our degraded civic life.

Raskin paused and went on, telling me, “Look, Trump’s motivation was clear. He wanted to prolong and delay the certification of the Electoral College votes in hopes of putting so much pressure on the Vice-President and Congress that we would cave. And then the President would try to force the election into the House of Representatives, where each state delegation would have one vote and the Republicans have a majority of the states. All of his concentration was on thwarting the count so that the Vice-President would be forced to say there’s a need for a contingent election. That is what the President had in mind, and he came dangerously close to succeeding. And at that point he could also have decried the chaos and declared martial law.”

In recent weeks, the impeachment managers assembled voluminous evidence—not least, visual evidence from inside and outside the Capitol building on the day of the violent uprising. Watching images of the mob swarming through the marble halls of the Capitol and baying for vengeance, I was startled to realize how the true nature of the event, the degree of its violence and bloody-mindedness, the calls to capture, even assassinate, leading figures in the U.S. government, was not fully known to the American people in real time. It was sickening to watch men and women lugging Confederate symbols and shouting deranged slogans—“1776!”—pound on the doors of members of Congress, eager for violence. It’s no less sickening to imagine the cynicism required of Ted Cruz, Josh Hawley, Marco Rubio, Rand Paul, Ron Johnson, Lindsey Graham, and so many other Republican senators to dismiss the case as outside the bounds of the Constitution or as an instance of political opportunism.

Joaquin Castro, a Texas congressman who spoke with clarity and passion as an impeachment manager, told me that during the long hours of the trial it seemed to him that Republican senators were attentive as they watched film and listened to descriptions of the insurrectionist violence. “There was a lot of evidence they hadn’t seen,” Castro said, recalling how close the raging mobs had come to descending on Mike Pence, Nancy Pelosi, and others and how viciously they attacked officers of the Capitol Police. The impeachment managers recited the number of the dead, the wounded, the suicides in the days after. “There were times when they were clearly moved by what they were seeing and hearing,” Castro said. “But then later I’d read reports at the end of the day that nothing had changed. The very idea that the evidence was horrific and the events tragic—it wasn’t getting through enough.”

What’s become evident is that Republican members of Congress fear not only the indignity of losing a primary; some have come to fear the potential for violence among their constituents. Rather than persuade, resist, or prosecute such people, they placate them. To do so, they bow in the direction of Palm Beach.

On Friday night, the CNN reporter Jamie Gangel issued a startling report that the Republican House leader, Kevin McCarthy, had phoned Trump during the riot and pleaded with him to call off the mob. Trump told McCarthy that the rioters were Antifa. According to Gangel’s congressional sources, McCarthy told Trump that no, “These are your people.”

“Well, Kevin, I guess these people are more upset about the election than you are,” Trump replied.

“Who the fuck do you think you are talking to?” McCarthy reportedly responded.

Gangel’s account made plain Trump’s colossal disregard for the lives of his own Vice-President and the members of Congress. His only interest was to foment maximal chaos, with the hopes of overturning an election he had lost by a wide margin.

McCarthy’s courage proved as fleeting as a spring shower. A week after Joe Biden’s Inauguration, McCarthy flew to Palm Beach and showed his fealty to the disgraced former President. Trump’s persisting capacity to raise funds for the Republican Party could not be ignored. How could McCarthy stand for principle if circumstances would soon demand Trump’s appearance at a chicken dinner? In one of the overstuffed parlors of Mar-a-Lago, McCarthy and Trump posed for a photographer. McCarthy managed a pained smile and issued a tortured statement on the fruits of his journey. “Today, President Trump committed to helping elect Republicans in the House and Senate in 2022,” McCarthy said. “For the sake of our country, the radical Democrat agenda must be stopped.”

Mitch McConnell, the Senate Minority Leader, also proved to be in only temporary possession of a spine. After sending moralistic “signals” to reporters and colleagues that he was repelled by Trump’s behavior, he declared himself on Saturday morning ready to forgive and forget. “While a close call, I am persuaded that impeachments are a tool primarily of removal and we therefore lack jurisdiction,” he said in an e-mail to his Republican colleagues, saying that he would vote to acquit. McConnell’s note insured that there would be no last-minute turn against Trump. It was, of course, McConnell who had scheduled the trial to take place after Trump was out of office.

No less incredibly (or predictably), Mike Pence could not bring himself to denounce Trump, either. The impeachment managers recalled during the trial that at 2:24 P.M. on the day of the insurrection, only eleven minutes after Pence had been hustled out of the Senate chamber, Trump tweeted that his Vice-President lacked the “courage” to forestall certification. Trump knew from talking to Senator Tommy Tuberville, of Alabama, that Pence was in danger. Tuberville told reporters, “I said, ‘Mr. President, they just took our Vice-President out, they’re getting ready to drag me out of here. I got to go.’ ”

Five days after the insurrection, Pence met with Trump in the Oval Office. The meeting was described by White House sources as awkward. Pence was encountering a President who had left him for dead. And yet he repressed any sign of resentment or worse. The Washington Post reported, through Vice-Presidential sources, that Pence was “frustrated” with Trump but that he did not “share the animus or fury that some of his former aides have for the President.” Trump, Pence told allies, was merely getting “bad advice” from his senior staff about the election.

Sensing opportunity in the Republican Party’s moral-positioning sweepstakes for 2024, Nikki Haley, who served the Trump Administration as United Nations Ambassador, told a reporter for Politico that she was “disgusted” by Trump’s behavior. At first, when Trump was merely spinning a conspiracy theory about the election and embedding it in the Party’s consciousness, Haley had been dismissive of a second impeachment. “At some point, I mean, give the man a break,” she had said. “I mean, move on.” But things have changed. “I don’t think he’s going to be in the picture,” Haley said, of Trump’s potential role in the next election cycle. “I don’t think he can. He’s fallen so far.”

Back in the reality-based community, the impeachment managers repressed their knowledge that they would not likely win the sixty-seven votes needed for a conviction. They methodically made their case that Trump’s incitement was not a matter of a single speech at the Ellipse before the march to the Capitol. It was a long accumulation of rhetoric and action, of calls to violence, of incendiary tweets and retweets, of encouraging or applauding violent action in Charlottesville, in Michigan, on I-35 in Texas, on the debate stage (“Stand back and stand by”). The most dangerous conspiracy theory in the land had nothing to do with Jewish space lasers or child-molestation rings. Trump’s story of his election “victory,” a theory conceived months before the ballot, was the source material of a nativist insurrection that could easily have ended not with five dead but with many dozens.

“He truly made his base believe that the only way he could lose was if the election was rigged,” Joaquin Castro said during one of his trial speeches. “And, Senators, all of us know, and all of us understand how dangerous that is for our country. Because the most combustible thing you can do in a democracy is convince people an election doesn’t count, that their voice and their vote don’t count, and that it’s all been stolen—especially if what you’re saying are lies.”

The trial ended in a sour acquittal. A shamed ex-President would inevitably declare victory.

But it is no victory at all. Within hours of his Inauguration, Joe Biden cancelled the plans of the 1776 Commission. Propaganda would not become the law of the land. In his closing argument, Raskin quoted a Black Capitol Police officer who, after being called the N-word repeatedly, after his fellow-officers were beaten, abused, bashed with flag poles, and sprayed with bear repellent, asked, “Is this America?” History will judge Donald Trump severely for his crimes against the United States.