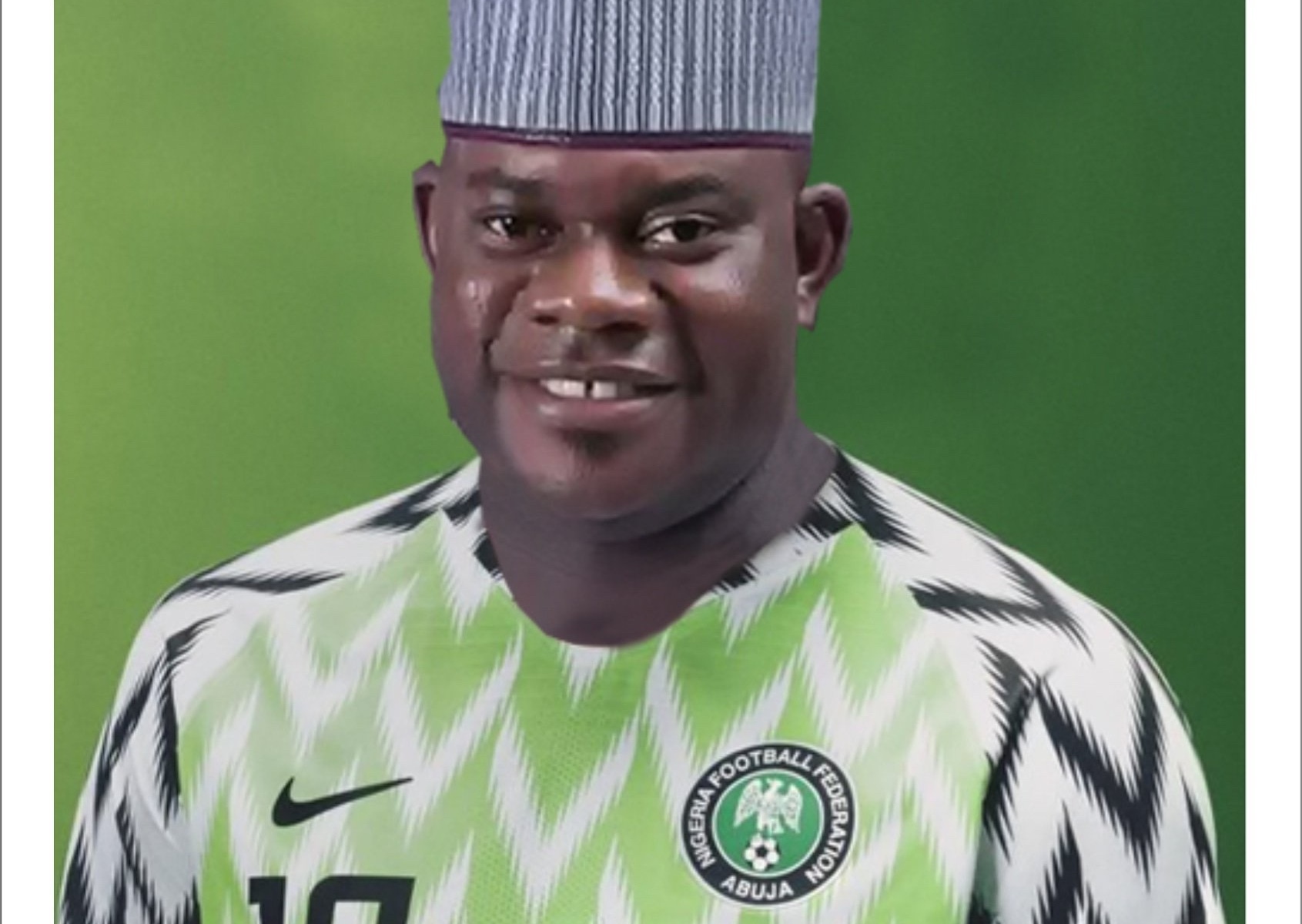 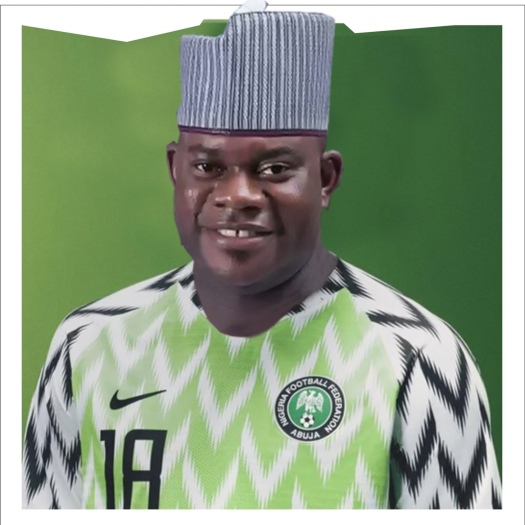 For several weeks now, Kogi State Governor Yahaya Bello has been running a daily front page strip advertisement, in at least four newspapers, which are, on the surface, a campaign for new membership for the ruling All Progressives Congress (APC) in his capacity as Chairman, APC Youths, Women and PLWDS Mobilisation Committee. Looking closely, however, the daily strip front page advertisement with one bold message, “Join Africa’s Largest Political Party”, is simply Bello’s drive for cheap visibility in pursuit of his much-trumpeted ambition to take over from President Muhammadu Buhari in 2023.

Since the beginning of the year, some members of Bello’s cabinet, Secretary to the State Government (SSG) Folashade Ayoade and Information Commissioner Kingsley Fanwo in the forefront, have enjoyed listening to their own voices, granting interviews, addressing press conferences, and organising marches all for Bello 2023 Presidency. The Matthew Kolawole-led Kogi Assembly even visited their counterparts in Sokoto to drum support for Governor Bello. The Kogi governor has also played host to all manner of youth groups pledging support for his ambition and honouring him with some funny awards. Some ex-Super Eagles players, with Jay Jay Okocha in the forefront, packaged the latest of such awards, ‘The Captain and Pillar of Nigerian Youths’.

There can be no doubt that Bello is the one engineering all those, to use a local parlance, ‘arrangee’ awards from the motley crowd of youth groups bombarding Lugard House, Lokoja. There can be no question that the Kogi governor is the one pulling the strings for the factotums in his cabinet, and the Kogi Assembly, to be running everywhere and nowhere in the name of pushing Bello’s 2023 presidential bid. It is also a no-brainer that the APC cannot be paying for those daily front page strip advertisements displaying Bello, grinning from ear to ear, dressed as Ebira (he is one), Yoruba, Hausa, Igbo, Ibibio, etc., when he is neither the party’s national chairman nor its presidential candidate, yet. It is only logical to therefore conclude that Bello’s drive for cheap visibility is an expensive burden on the people of Kogi State as the funding of those daily advertisements and the ‘arrangee’ awards and the marches and the state legislators’ jamboree to Sokoto could only have come from the meagre resources of the state, directly or indirectly.

The curious thing is that those waving the banner of Bello’s suitability for the 2023 presidential election do not have any verifiable concrete record of achievement with which to sell him. They only talk about the fact he is young, as if youth and vision cannot be mutually exclusive. They have so far failed to anchor Bello’s suitability for the presidency, post-Buhari, on the peg of any high-performance indicators as governor of Kogi State in the last six years or thereabouts. Indeed, Kaduna State Governor Nasir el-Rufai, who led the APC’s 2019 re-election campaign for the Kogi governor, unable to wave the banner of something concrete Bello had done in four years, had to dramatically kneel on the campaign podium to plead with voters for forgiveness and understanding. Even at that, Bello’s supporters celebrated his re-election victory with a song enveloped in a chorus of ta-ta-ta-ta, an onomatopoeic sound of the heavy gunshot-induced violence and bloodshed and killings from which he procured his second term.

Bello’s notoriety for his re-election victory is only surpassed by his ill-informed response to the COVID-19 pandemic. Since the global response to the pandemic early last year, he has, consistently cast doubt on the existence of COVID-19, insisted that there were no infections in Kogi State, frustrated officials of the NCDC (Nigeria Centre for Disease Control) from operating in the state, supplanted science with his opinion, dismissed the necessity for vaccination, and has refused to wear face mask, except of course when he has to visit the State House, Abuja for his regular photo ops with President Buhari. The Kogi governor has in the last one year made some dense statements on the global management of the pandemic that would have been laughable were the responsibility of his office not made them so tragic.

Permit me to recall a few of his statements. “Nothing kills faster than fear”, Bello told mourners June last year at the three-day prayers in Lokoja for the late Kogi State Chief Judge Nasiru Ajanah, adding, “COVID-19 is only out to create fear, panic, pandemic. It is a disease created to shorten the lifespan of the people. It is a disease propagated by force for Nigerians to accept”. He insisted that Ajanah, who had days earlier been buried in Abuja in accordance with COVID-19 protocols, did not die from coronavirus as Kogi is free of the pandemic. “In Kogi, we say we have no COVID-19, and actually we have no COVID-19”, he affirmed at another forum late December last year as if those resident in that state breathe a different air from other Nigerians. And in a viral video January 19 this year, he claimed, without referring to any scientific authority, that COVID-19 vaccines were being produced to kill the people. “Vaccines are being produced in less than a year of COVID-19… They want to use the vaccines to

So embarrassed were his brother governors that the NGF (Nigerian Governors’ Forum) had to quickly disavow Bello’s statement. Forum Chairman and Ekiti State Governor Kayode Fayemi had to dismiss any fears of division among the governors in their handling of the pandemic. “We have 35 governors on one side. Only one of us has a divergent opinion”, he had told an interviewer. Without mentioning the name of the particular state governor who had opted to walk alone, Fayemi listed a few burdens that leadership imposes in a time as this. According to him, “It is very unfortunate to say that the pandemic doesn’t exist. As democracy demands we can hold our views, but as leaders the welfare of our people should be paramount to us… For whatever reason, we shouldn’t mislead our people and if we do, we must hold ourselves vicariously responsible if they become careless on account of (their) belief in us as thought leaders and influential opinion moulders. Some are even saying the vaccines are to eliminate Africans. It is just unfortunate… I can tell you without any shadow of doubt that we don’t follow opinions, we follow science.”

Bello may not have grasped the import of Fayemi’s statement having lately become excitable and distracted with mobilising new members for the APC and making himself a self-appointed negotiator (on behalf of nobody) the lifting of the food blockade on the south by northern traders. However, every line of what Fayemi said boldly paints the image, character and essence of the Bello administration. I will limit myself to two leadership burdens that Fayemi mentioned in that interview for which Bello would be at sea.

One, Fayemi said “… as leaders, the welfare of the people should be paramount to us…” From his handling of the Covid-19 pandemic, it is doubtful if the Kogi State governor knows what it is to govern with the welfare of the people at heart. If he did, he would have sought the advice of his commissioner for health and other health professionals in his government before dismissing the deadly impact of COVID-19, or making the ignorant claim that Kogi is free of the pandemic, or alleging that the vaccines were being produced to kill the people. Whatever may be his personal view on the pandemic, his decision, as governor, impacts on the welfare of millions of Kogi residents. His leadership position therefore imposes on him the burden of making decisions after consultations with professionals and experts, after a review of scientific authorities, and after an examination of national policy within the context of global best practice.

It is dangerous to make policy pronouncements, especially on matters of public health, on the whims of an individual whatever office he may occupy. Leaders, who like Bello, dress their personal views as policy pronouncements would only lead their people down a blind alley. Such leaders are dangerous. Bello may, however, not understand this on account of an arrogance wrapped in ignorance, his vanity and vacuousness, and his delusional pretence to statesmanship. Were he not completely lost, he would not have belittled the on-going COVID-19 vaccination exercise that has just taken off in the country. “COVID-19 is not our business in Kogi State… I am not going to subject the people of Kogi State to vaccines or vaccination and I will not make them the guinea pigs. I as a person, I don’t need to take vaccines… I am 100 per cent healthy”, he was quoted on a television programme over the weekend.

Two, Fayemi said leaders also have a burden not to mislead their people. It seems Governor Bello’s singular communication strategy has been to mislead the people of Kogi State. He has been able to do this because he’s always surrounded himself with political minions (save his latest Policy Strategist, Dr Ronke Bello) who are all too contented to ape his every word. In fact, mislead does not adequately describe his situation. Like Macbeth’s Shakespearian witches, he lies like truth. When early February, the National Incident Manager of the Presidential Task Force on COVID-19, Dr Mukhtar Mohammed, listed Kogi as one of the high-risk states to visit because the state has neither testing nor isolation facilities, the government took an eight-page advertorial in The Nation to denounce the PTF with misleading messages. Signed by SSG Ayoade, the Kogi government claimed, without fear and without proof, that it distributed free face masks “to her citizens”, purchased rapid test kits with which it carried out thousands of tests “on her citizens”, and has “standard and fully equipped isolation centres in strategic locations” in the state.

These are false claims. How could a governor who does not personally wear face mask nor think it is necessary to so do approve the procurement of free face masks for his people? How could a governor who had frustrated officials of NCDC from carrying out COVID-19 tests in the state have purchased test kits for the same purpose? How could a government which is perceived to have recruited touts to ransack the Federal Medical Centre (FMC), Lokoja for admitting a COVID-19 patient have invested in fully equipped isolation centres? Where are those isolation centres located in the state? Could Bello have done all this without making a song and dance of it in the media? The fact is hospitals in the state do not even disclose they have patients on admission for COVID-19 for fear of getting the FMC Lokoja treatment.

The Kogi government stated in the same advertorial that “COVID-19 is less fatal than catarrh in more than 96% of cases”. Nothing could be more criminally misleading. There is no medical authority that says catarrh is fatal. The British NHS (National Health Service) in one of its advisories, says catarrh may be chronic when people experience it for months or years. Even at that, the NHS affirms, “Catarrh can be a nuisance and may be difficult to get rid of, but it’s not harmful and there are treatments available.”

It is therefore strange that a governor who, with his utterances and actions on the management of COVID-19, has consistently embarrassed the ruling party could be appointed to chair a committee to drive new membership. With the Kogi governor’s shenanigans, why should anyone desirous of a better country take the APC serious? If Bello is the face of the new APC in the making, his is an ugly one. That he would even contemplate contesting the presidential election in 2023 speaks to how low his “political father” has reduced Nigeria.