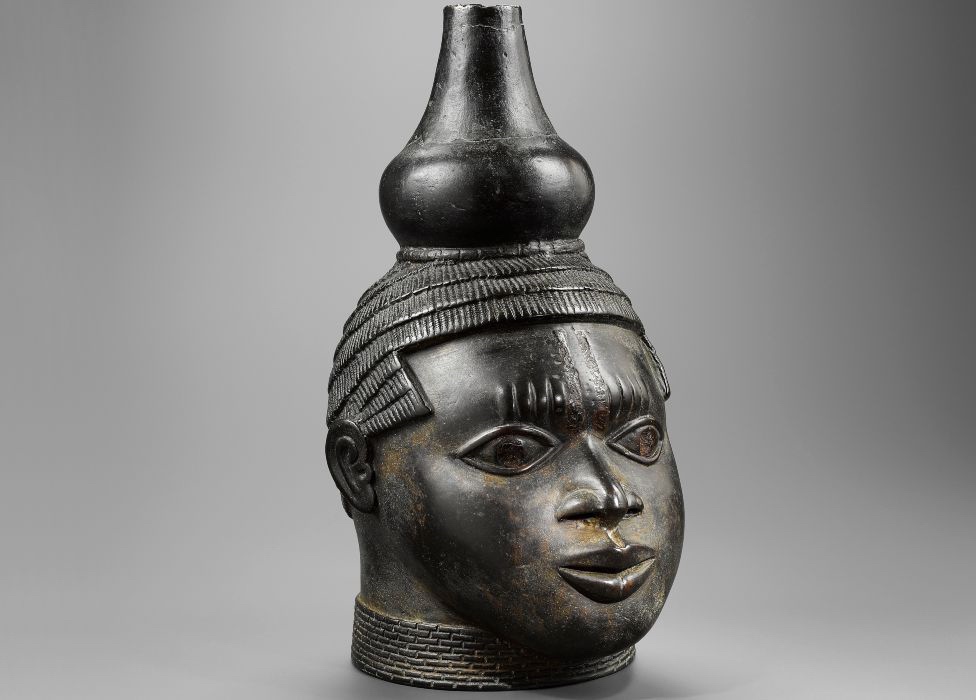 This post is prompted by an outstanding and thought-provoking book about museums.

The book is The Whole Picture: The colonial story of the art in our museums & why we need to talk about it by Alice Procter (Amazon page here – but do order from your local bookseller if you can).

Two thoughts that the book provoked for me were about the British Museum.

This post sets out those two thoughts and where those thoughts then led me.

The first thought was a recollection of this eloquent and plausible 2004 justification by the museum’s then director Neil MacGregor of the museum’s position relating to controversial items in its collection.

The passage in that piece that struck me at the time and has stayed with me was this about the founding of the museum back in 1753 (and I have broken up the paragraphs for flow):

‘To ensure that the collection would be held for the benefit of citizens, and not the purposes of the crown, Parliament hit upon a solution of extraordinary ingenuity and brilliance.

‘They borrowed from private family law the notion of the trust. The decision that the museum would be run not as a department of state, but by trustees had – and still has – crucial implications.

‘Trustee ownership confers duties rather than rights. Trustees must derive no benefit for themselves, but hold the collection exclusively for the advantage of the beneficiaries.

‘The collection cannot be sold off.

‘The museum was set firmly outside the commercial realm, a position epitomised by the principle of free admission.

‘Even more astonishingly, it was in large measure removed from the political realm.

‘Trustees are not allowed by law merely to follow government orders: they have to act as they judge best in the interest of beneficiaries, including, crucially, future and unborn beneficiaries.

‘Who are the beneficiaries for whom the trustees hold the collection?

‘Startlingly, they are not just the citizens of Britain.

‘The British Museum was from the beginning a trust where the objects would be held “for the use of learned and studious men [in 1753 they were mostly men], both native and foreign”.

‘In his will, Sloane had declared his desire that his collection should be preserved “for the improvement, knowledge and information of all persons”.

‘The rest of the world has rights to use and study the collection on the same footing as British citizens.’

I have often thought about that passage.

It is convincing as far as it goes – once an item is part of the collection it is safeguarded and retained for the benefit of all.

There was something missing.

Here we come to the second thought provoked by the book.

This is a legal principle – known to lawyers and also normal people – which is known in its Latin form nemo dat quod non habet.

In plain language: a person cannot have a greater property right (‘title’) in a thing than the person who provides them with the thing.

So if I provide you with a thing – but I do not own it to begin with – then you will not own it either.

Applied to the British Museum, it seemed to me that it was all very well the British Museum boasting of how well an item in its collection will be looked after under the terms of its trust – but that was no answer if the original acquisition was unsound.

Nemo dat quod non habet – or garbage in, garbage out in legalese.

So with these two thoughts I then wondered: what is the position in respect of an artefact in the British Museum if the acquisition was tainted?

That, for example, the person providing the item had stolen it?

In essence, once an item is part of the British Museum collection, the 1963 Act provides only only a narrow basis for the trustees to ‘dispose’ of the items.

This narrow basis is primarily set out in section 5 of the 1963 Act.

So unless an item in the collection is within the scope of section 5 of the Act then, in effect, the trustees of the British Museum cannot at law give back the item – regardless of the circumstances of its acquisition.

What this meant in practice was illustrated in the 2005 case.

The museum had purchased after the second world war four items that has been looted by the Nazis from their owner.

The issue before the court was whether there was implicit exception to the terms of the British Museum trust in respect of when there would be a moral obligation to return the items.

The judge – the very head of the court of chancery and equity – held that the trustees did not have the power to do this, even if they wanted to do so (which they plainly did).

Any application of the principle of nemo dat quod non habet appears to have been precluded by operation of the Limitation Acts.

The judge did indicate in passing that if title in the items had not passed on acquisition then the items would not have (technically) formed part of the collection of the first place and thereby the terms of the trust and section 5 would not apply.

But it would presumably be out of time for title in respect of a 1945 acquisition to be contested sixty years later.

Happily, there was a (fascinating) recommendation by the (wonderfully named) Spoliation Advisory Panel that the heirs to the person whose art had been looted be compensated by an ex gratia payment.

And since the 2005 case, there is now the Holocaust (Return of Cultural Objects) Act 2009 that provides a statutory basis for the return of items looted by the Nazis.

For items looted by the Nazis, therefore, the legal position is now that the loot can be returned – even if it is part of the collection.

But what of items looted by others at other times and other places – why should the unfairness caused by only one manner of theft be addressed?

To its credit (to an extent) the British Museum is open that this is an issue.

On its press page, it has links to explanations as to its positions in respect of what it calls ‘contested items’.

(It also has a page setting out how it has settled the Nazi loot claims.)

The impression that the British Museum is no doubt seeking to promote with these pages is that it is taking the issues seriously and is sensitive to grievances.

The attempt to give this impression is not convincing.

This is partly because the leadership of the museum is still wedded to the notion that the terms of the trust gives it some elevated status that means the grubby question of acquisition is not relevant.

In 2018, the current chair of the British Museum trustees wrote the Guardian in almost identical terms to those employed by MacGregor in 2005:

‘In what was one of the great acts of the Enlightenment, in 1753 parliament established the British Museum as a trust, the first of its kind in the world, which was to be run independently of politics and of parliament. This autonomy has been central to its scholarship and public purpose for the past 265 years. […]

‘Trustees today have three broad responsibilities: to conserve and enhance the collections for ever; to generate new knowledge, especially by supporting the kind of research that is only possible in a large encyclopaedic museum; and to make the collections accessible to the whole world. They work with colleagues across the UK and around the world to share knowledge and objects from their collections as widely as possible. But they don’t see the objects for which they are responsible as negotiating chips in a political debate.’

But again, this go-to ‘trust’ defence says nothing to the issue of how the items were acquired.

In 2019 one trustee resigned, and she gave as one of her reasons (which is broken up for flow):

‘It burst open the debate over the repatriation of cultural artefacts. Museums, state officials, journalists and public intellectuals in various countries have stepped up to the discussion.

‘The British Museum, born and bred in empire and colonial practice, is coming under scrutiny. And yet it hardly speaks.

‘It is in a unique position to lead a conversation about the relationship of South to North, about common ground and human legacies and the bonds of history.

‘Its task should be to help us all to imagine a better world, and – along the way – to demonstrate the usefulness of museums.

‘This would go some way towards making the case for keeping its collection in London.

‘But its credibility would depend on the museum taking a clear position as an ally of coming generations.’

It is correct that the provisions of the 1963 Act prevent the trustees from giving away or giving back items in its collection.

And the operation of the Limitation Act means that, as the chair of the spoliation panel said in one report, the position of the museum is legally impregnable.

Nemo dat quod non habet may well be a principle of law – but it is subject to statutory bars and exclusions.

Legislation may be required – similar to the 2009 legislation for holocaust items.

And even without legislation, the position of the museum – but-for-the-legislation – could be made more clear – as it was in the 2005 case above.

But instead the impression one gains from reading around the subject is that the museum hides behind terms of the 1963 Act – that it is an excuse not for thinking seriously about the issue.

For even if the Limitation Acts rob the principle of nemo dat quod non habet from having practical legal consequences, it still has the full force of a moral imperative.

Instead of rhapsodising about the heady genius of the 1753 trust, the leadership of the museum should be conscious that nothing about the terms of the trust goes to how the items were acquired.

And there is the possibility that items could leave the collection only to be destroyed or lost to the black market – though this risk should not be over-stated, still less assumed.

But as a general rule, the British Museum and other museums should accept morally (if not legally) that if an item was acquired when those from whom the item was taken did not give permission then, as a matter of principle, the item should be returned.

And if the law does not permit this, then the museum should be unafraid to aver that the law should be changed.