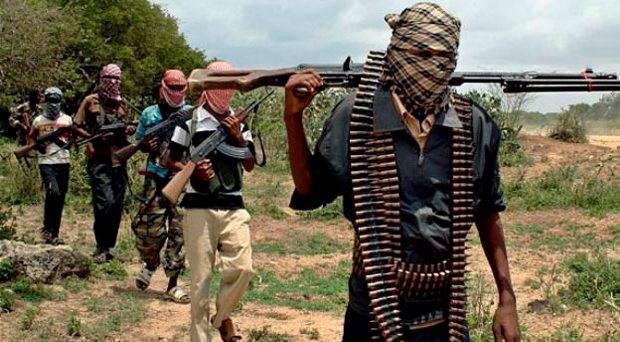 PRESENTED with another opportunity to rise to the stature of a statesman, the President, Major-General Muhammadu Buhari (retd.), instead sank deeper into his familiar swamp of sectarianism and divisiveness. This may lead to a significant loss of trust in his regime. And a decline in trust can lead to lower morale of troops, whose lives are on the line in the war on Islamist terrorism.

By rising in stout defence of and retaining the Minister of Communications and Digital Economy, Isa Pantami, who has been uncovered as holder of religious extremist views and supporter of terrorist groups and jihadists, the regime ossifies its polarising reputation, insensitivity and parochialism and sabotages its own war on terror.

It demonstrates a signal lack of awareness of the demands and nuances of democracy, responsible and responsive governance and particularly of the deep divisions currently tearing the country apart.

Yet, this was a straightforward case with an expected outcome of exit from the cabinet from any but an arrogant, clueless regime. Trust and confidence in government are important for the capacity of a society to organise an effective collective response to national security challenges.

Pantami, an Islamic cleric, was unveiled in past audio recordings as a jihadist supporter, who had expressed admiration for murderous groups and personalities like al-Qaeda, the Taliban, Osama bin Laden, and Abu Musab al-Zarqawi. One depicted him condemning the government’s crackdown on Boko Haram insurgents and another where he allegedly welcomed the killing of “infidels.”

Initial denials and threats of libel suits soon gave way to admission of his past in the wake of irrefutable evidence. His defence is that he was much younger when he immersed himself in extremism; that he has since changed or moderated his views; and that the accusations were the handiwork of “enemies” and vested interests fighting his ministerial agenda.

Regrettably, the Presidency bought wholesale into this wobbly tripod. Shehu Garba, the regime’s spokesman, blamed enemies for the “cancel campaign,” insisted that Pantami’s apology for his “unacceptable views” was enough. He said, “In the 2000s, the Minister was a man in his twenties; next year he will be 50. Time has passed, and people and their opinions – often rightly – change.” Blaming ICT companies and “enemies” for a “smear campaign,” the administration said it “stands behind Minister Pantami and all Nigerian citizens to ensure they receive fair treatment, fair prices, and fair protection in ICT services.”

With this, the Presidency has no moral leg to stand on. No rational government fighting the world’s third most deadly terrorist group would allow a whiff of jihadist sympathy to be associated with it. Boko Haram and its spin-offs have killed over 100,000 people, displaced over two million others, disrupted social and economic life in the North-East and spread their tentacles throughout the North by linking up with bandits unleashing terror throughout the country. Apology is not enough; the minimum standard in every civilised society is either a resignation or a sack. Many public office nominees or incumbents have been rejected or resigned in the United States for past misdemeanours committed in early adulthood. In any event, some insist that Pantami voiced extremist views up till his early 30s.

Top officials elsewhere resign for much lesser past indiscretions like racist, anti-Semitic, or sexist opinions. It is not personal; officials represent and should inspire confidence and trust in as wide a spectrum of the polity as possible even at the best of times but is more compelling today. Nigeria is bitterly divided into mutually hostile camps along religious, ethnic, regional, and political lines; insecurity has reached an alarming scale tending towards state failure, it is ranked the third most terrorised country for the fourth year running by the Global Terrorism Index and calls for separation have moved into the mainstream.

Retaining Pantami sends a clear message to Nigerians and the global community of seeming official tolerance of extremism. Having fully endorsed Pantami and demonised ICT companies and other “enemies,” the regime’s promised investigation is hollow. The episode has also exhumed Buhari’s own past comments espousing exclusionary religious views.

Losing faith in political institutions is tantamount to losing social capital. There is no other honourable path for Pantami, he should resign to go and deal with his “repentance” in private. Failing this, Buhari’s responsibility is to sack