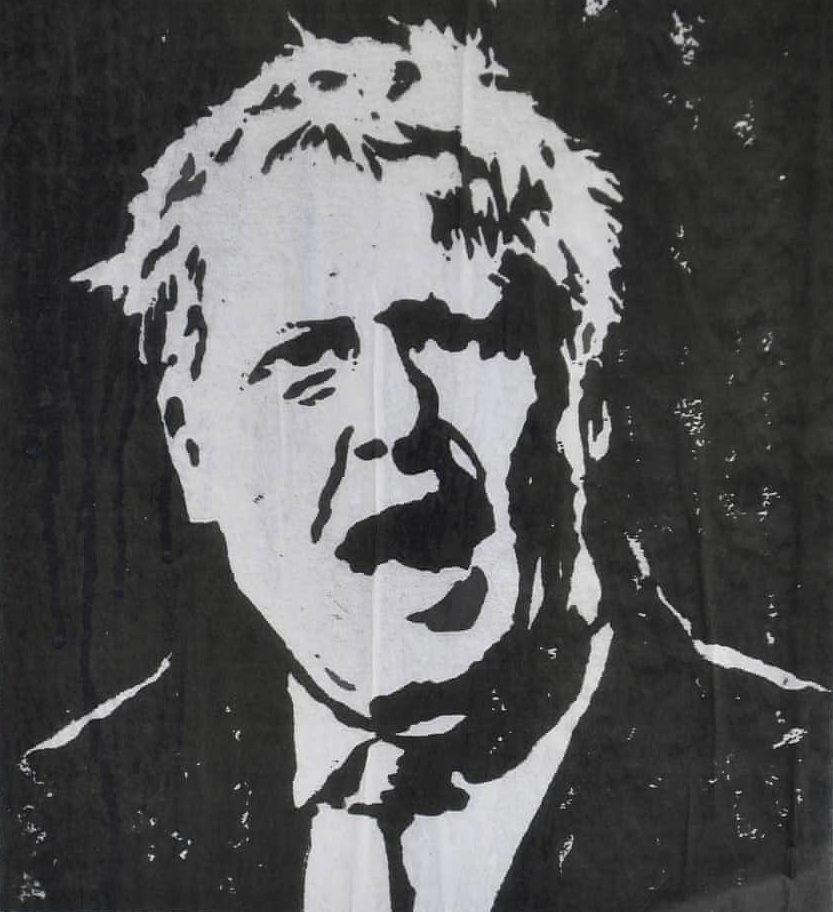 On the eve of reshuffling his Alexander’s Ragtime Band of cabinet ministers, the prime minister let it be known that he intended to fight the next election “around Brexit”. No doubt this will have come as interesting news to the growing band of Brexiters who are complaining that it was not meant to be about a “high tax and high spend” economy.

Yes, as we see daily evidence of the disaster that is Brexit, Johnson fantasises that, on the contrary, it is a success story. He has promoted to the role of foreign secretary Liz Truss, whose pathetic trade deals have produced far less satisfactory arrangements than we had as a member of the EU.

But that failure means little to the public. What is driving the nonsense of Brexit home is the extent to which “supply chain issues” are not primarily caused by Covid but by a shortage of truck drivers that is a direct consequence of Brexit. The point about the Brexit connection is being made forcibly by those industrialists and business people who are not prepared to be cowed by the fantasists in Downing Street.

And the point is that this is all down to a reversal in the flow of east European workers on whom the British economy came to depend in the first two decades of this century.

Yes, immigration – all those foreign workers “taking our jobs” – was the big issue stirred up by the Brexiters in the run-up to that fatal 2016 referendum. But the well-publicised shortages of basic foodstuffs and goods are hitting home. As the economist Stephen King has noted, we have not seen such shortages since the second world war and its aftermath. Unlike now, those shortages were not self-inflicted.

True, there are worldwide problems with disruption to trade in items such as semiconductors; but the extent to which the problems are so much greater here, and manifest on supermarket shelves, is thanks to Brexit. This has become an object of wonder to overseas observers.

Economists at the Institute for Employment Studies estimate that some 200,000 EU citizens have left the UK as a result of Brexit. And in a recent survey by Ipsos Mori, 65% of respondents gave the commonsense answer that British firms should be allowed to recruit from overseas to fill the gaps – which would be a complete reversal of the end to free movement the Brexiters wanted.

In his fascinating new book The Prime Ministers We Never Had, the political commentator Steve Richards notes that “if [Ed] Miliband had won in 2015, there would have been no Brexit referendum. Miliband had bravely opposed the proposition in the election, and got little credit for his stance, even from pro-EU newspapers.”

Many people were responsible for what turned out to be an all too effective Brexit campaign. In Brexit Unfolded: How No One Got What They Wanted (And Why They Were Never Going To),Chris Grey gives the lie to “the core proposition of Brexit … that it was the triumph of ‘the people’ over ‘the elite’” – hence “will of the people” and “enemies of the people”. In fact “the people” were divided – and, as I have repeatedly pointed out, the proportion of “the people” who voted Leave was 37%. As Grey emphasises, it was the Brexit leaders who were “a privileged elite” . I think he is right to list some of them: “Boris Johnson, Michael Gove, Nigel Farage, Dominic Cummings, Douglas Carswell, Nigel Lawson, Jacob Rees-Mogg, Daniel Hannan, John Redwood … ”

In looking for the real villains of the piece I should narrow the field down to three: Farage, Johnson and Cummings in that order. Farage may have failed lamentably in his efforts to become an MP. But with Ukip he fomented the worst prejudices in the English populace – so much so that David Cameron, to protect the Conservatives’ flank, bowed to pressure, and called a referendum he mistakenly thought he would win.

At the time, the €50,000 question was: which way would Boris Johnson jump? This was a man who had said the UK would be crazy to leave the EU. Unfortunately, Johnson went the way he did, with the help of villain number three – his former friend Cummings.

We now find that, with the mass exodus of European workers, there are concerns about the impact of shortages on wages and about inflation remaining above target. Ironically, one hope of the Blair government, encouraged by the then Bank of England governor, Mervyn King, when east European labour was being attracted in the early 2000s was that it would help to alleviate labour shortages and restrict wage inflation.

It seems that stirring up trouble on the immigration front helped the Brexiters to win the referendum, but their Brexit is in serious trouble as a result. Yet our prime minister wishes to fight the next election on the issue of Brexit!