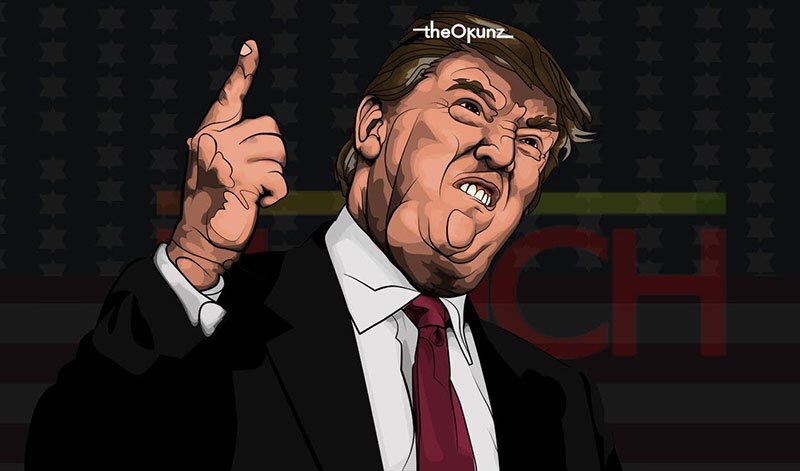 How did we get here? Why does it appear that we’re on the brink of a war in Asia, one that could involve nuclear weapons? North Korea has had nuclear-weapons capacity for at least 10 years. Have its recent advances been so dramatic and significant to force the United States to wage a preventive war? No. The crisis we now find ourselves in has been exaggerated and mishandled by the Trump administration to a degree that is deeply worrying and dangerous.

From the start, the White House has wanted to look tough on North Korea. In the early months of President Trump’s administration, before there could possibly have been a serious policy review, Secretary of State Rex Tillerson warned that the era of strategic patience with North Korea was over. Last week, national security adviser H.R. McMaster said that North Korea’s potential to hit the United States with nuclear weapons was an “intolerable” threat. Not North Korea’s use of weapons, mind you; just the potential.

Trump, of course, went furthest, saying Tuesday that if North Korea did not cease its threats, it would be met with “fire and fury like the world has never seen.” When pressed on Thursday, Trump doubled down, saying, “If anything, maybe that statement wasn’t tough enough.” In other words, Trump has made clear that the United States would respond to North Korean threats with a massive military strike, possibly involving nuclear weapons.

Is this credible? No. The United States is not going to launch a preventive nuclear war in Asia. Trump’s comments have undoubtedly rattled Washington’s closest allies in the region, Japan and South Korea. Empty threats and loose rhetoric only cheapen American prestige and power, boxing in the administration.

So why do it? Because it’s Trump’s basic mode of action. For his entire life, Trump has made grandiose promises and ominous threats — and rarely delivered on any. When he was in business, Reuters found, he frequently threatened to sue news organizations for libel, but the last time he followed through was 33 years ago, in 1984. Trump says that he never settles cases out of court. In fact, he has settled at least 100 times, according to USA Today.

In his political life, he has followed the same strategy of bluster. In 2011, he said that he had investigators who “cannot believe what they’re finding” about President Barack Obama’s birth certificate, and that he would at some point “be revealing some interesting things.” He had nothing. During the campaign, he vowed that he would label China a currency manipulator, move the U.S. Embassy in Israel to Jerusalem, make Mexico pay for a border wall and initiate an investigation into Hillary Clinton. So far, nada. After being elected, he signaled to China that he might recognize Taiwan. Within weeks of taking office, he folded. He implied that he had tapes of his conversations with then-FBI Director James B. Comey. Of course, he had none.

Even now, as he deals with a nuclear crisis, Trump has made claims that could be easily shown to be false. He tweeted that his first presidential order was to “modernize” the United States’ nuclear arsenal. In fact, he simply followed a congressional mandate to authorize a review of the arsenal, which hasn’t been completed yet. Does he think the North Koreans don’t know this?

When the United States watched as Stalin’s Soviet Union developed nuclear weapons, it was careful in its rhetoric. When it saw a far more threatening leader, Mao Zedong, pursuing nuclear weapons, it was even more cautious. Mao insisted that he had no fear of a nuclear war because China would still have more than enough survivors to defeat Western imperialists. And yet, successive U.S. administrations kept their cool.

The world is already living with a nuclear North Korea. If that reality cannot be reversed through negotiations and diplomacy, the task will be to develop a robust system of deterrence, the kind that kept the peace with Stalin’s Russia and Mao’s China. Bluster from the president can increase the dangers of miscalculation or cause a dangerous downward spiral of brinkmanship.

“I think Americans should sleep well at night, have no concerns about this particular rhetoric of the last few days,” Tillerson said on Wednesday. This was an unusual, perhaps even unprecedented statement. The secretary of state seems to have been telling Americans — and the world — to ignore the rhetoric, not of the North Korean dictator, but of his own boss, the president of the United States. It is probably what Trump’s associates have done for him all his life. They know that the guiding mantra for him has been not the art of the deal, but the art of the bluff.