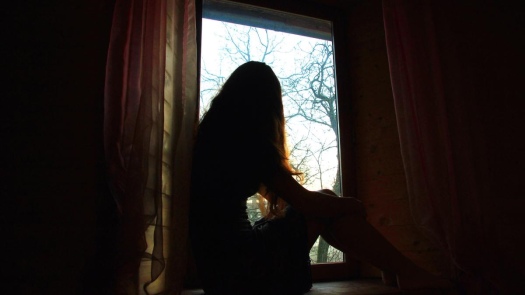 Victims are advised that refusing permission may hinder a fair trial.

A student cleared of rape when his accuser’s text messages proved his innocence said this morning that rape suspects deserved the same right to privacy as victims.

Liam Allan said that he understood why women objected to handing their phones to police but insisted that defendants and complainants “deserved the same rights until the point of conviction”.

Separately, Jeremy Corbyn said that telling rape victims that they must give police full access to all messages and photographs stored on their mobile phones was a disturbing practice that risked allowing more rapists to get away with their crimes.

Two women are planning a legal challenge to new forms that those reporting rape are required to sign allowing information to be seized from their phones, computers and smart watches or risk cases against their attackers being dropped.

Campaign groups say that victims are being deterred from coming forward because they fear their personal details could be handed to their attackers and their sexual history used against them in court.

Mr Corbyn said: “We need to do all we can to support victims of sexual violence to come forward and report cases to the police. With rape and sexual assaults already under-reported, this disturbing move risks letting more rapists get away with it.”

Speaking in the Commons Nick Hurd, the Home Office minister, defended the policy, arguing that police forces had been asking victims for disclosure for some time.

Prosecutors would seek to prevent the release of personal material not relevant to the case and judges would block the gratuitous use of material intended to portray the “bad character” of the victim, he added.

Answering an urgent question he said: “There is widespread recognition that disclosure in criminal cases must be improved. Police forces have been using forms to request victims’ consent for some time.

“What is new is a national form that attempts to distil best practice and replace individual versions [of the form] by the 43 forces ensuring there is consistency and clarity.”

Failures of police and prosecutors to disclose evidence came under scrutiny when The Times revealed that the case against Mr Allan, then 22, had collapsed when the crucial text messages emerged during his trial.

Mr Allan told the Today programme on BBC Radio 4 that he “did not even think to ask” for details of his accuser’s telephone contacts with friends after the alleged assault.

After their relationship ended the woman told police that Mr Allan had forced her into sex, which she hated, but her messages referred to rape fantasies and revealed that she had told friends he was a kind person whom she loved.

Mr Allan said: “That was some of the valuable evidence. If we have to ask for these things, not knowing how the process works, then we are at a disadvantage and it’s not a fair trial.

The student, who works with the miscarriage of justice campaign group Innovation Of Justice, said: “I was innocent. I was asked to give over my phone. Does that mean I lose all my rights to privacy because I was accused? It has to work both ways . . . We deserve the same rights until the point of conviction.”

Victims are told: “If you refuse permission for the police to investigate, or for the prosecution to disclose material which would enable the defendant to have a fair trial, then it may not be possible for the investigation or prosecution to continue.”

The Centre for Women’s Justice said that legal claims were expected from at least two women who have been told by police that their cases are likely to collapse if they do not comply with requests. The centre said that the forms were “clearly having a deterrent effect on the reporting of rape allegations”.

One woman who recently reported a rape to police said that officers wanted to download data from her phone stretching back seven years and keep it on file for a century. “My phone documents many of the most personal moments in my life and the thought of strangers combing through it, to try to use it against me, makes me feel like I’m being violated once again,” she said.

The new documents have been introduced as part of a review by police and prosecutors into the disclosure of evidence. This was intensified when The Times revealed that innocent men faced trial for rape after key material was withheld from their lawyers.

Max Hill, QC, the director of public prosecutions, acknowledged that defence lawyers could argue that cases should be dropped if a reasonable request for evidence from phones was denied by victims. He said that such evidence was often key in sex offence cases as the crimes were usually committed in private.

Prosecutors would seek to prevent the release of personal material not relevant to the case and judges would block the gratuitous use of material intended to portray the “bad character” of the victim, he added.

Harriet Wistrich, head of the Centre for Women’s Justice, said: “We seem to be going back to the bad old days when victims of rape are treated as suspects.” Big Brother Watch, the privacy campaign, has described the measures as “digital strip searches”.

Rachel Krys, co-director of the End Violence Against Women Coalition, said the forms reinforced “prejudices and barriers”, adding: “There is no reason for rape investigations to require such an invasion of women’s privacy as a matter of routine.”

Rachel Almeida, a spokeswoman for the Victim Support charity, said: “We know that rape and sexual assault is highly under-reported and unfortunately this news could further deter victims from coming forward to access the justice and support they deserve.”

The Information Commissioner’s Office is investigating concerns over the police’s collection, handling and use of personal information obtained from victims in serious sexual crimes.

However, Kate Russell, of the Rape Crisis charity, said that the disclosure forms gave victims “more clarity about evidence disclosure processes and how their data will be used”.

Nick Ephgrave, an assistant commissioner at Scotland Yard and the lead for criminal justice at the National Police Chiefs’ Council, accepted that victims could find it “inconvenient” and “awkward” to hand their phones to the police and admitted: “I wouldn’t relish that myself.” He added: “Existing legislation doesn’t anticipate the volume of data officers are now met with. Legal advice we have received suggests that seeking consent is a way of ensuring balance.”

Dame Vera Baird, QC, the police and crime commissioner for Northumbria, said: “The police are really saying, ‘If you don’t let us do this, the CPS won’t prosecute.’ ”

Why is there concern about disclosure?

Failures by police and prosecutors to disclose evidence intensified after The Times revealed the collapse of the rape trial of Liam Allan, a student. Texts from Mr Allan’s accuser proved his innocence but had not been given to his defence lawyer.

How significant are disclosure problems?

Thousands of sex offence cases were reviewed by the Crown Prosecution Service (CPS) as a result of the Liam Allan case. The CPS admitted that 47 prosecutions were dropped but MPs on the Commons justice committee said that the figure could have been underestimated by 90 per cent.

Why have police introduced the digital disclosure forms?

They are intended to ensure that all police in England and Wales are working to an agreed standard and that evidence that can help the prosecution or defence is collected.

Why are campaigners concerned that victims could be deterred?

They fear that evidence unconnected to the attack taken from victims’ phones, such as their sexual history, could be used to vilify victims in court and that personal information could be handed to the suspect.

Can it be guaranteed that victims’ personal information will not be made public?

Complainants will have to give permission for material from a phone to be released. Judges will block material intended to portray the “bad character” of the victim.

How many inquiries could be affected?