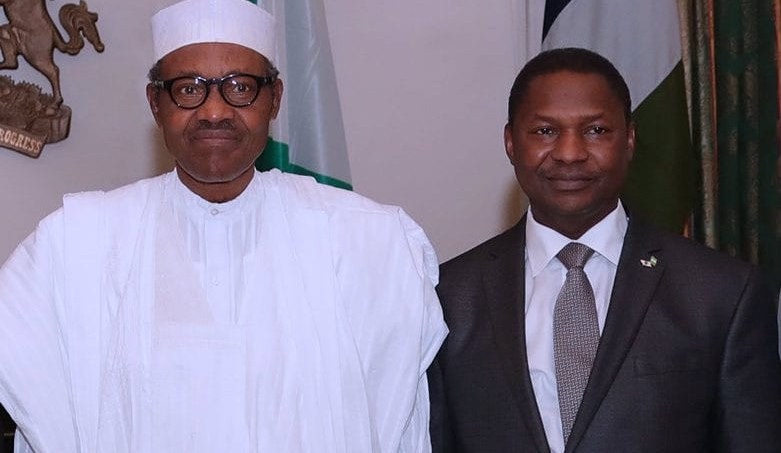 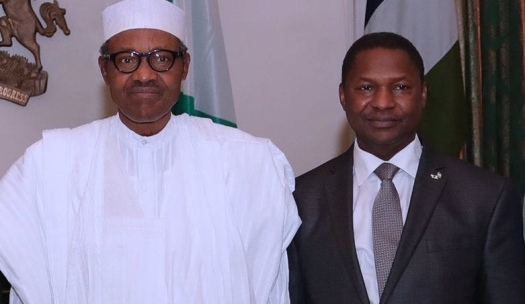 The Attorney-General of the Federation and Minister of Justice, Abubakar Malami has provided a legal justification for the total lockdown order issued by President Buhari in Lagos, Ogun and the FCT.

Recall that the lockdown order issued by President Buhari ignited controversy as some top lawyers argued that he doesn’t have such power.

However AGF Malami insisted that the president did not commit any illegality as Section 305(6)(b) of the 1999 Constitution (as amended) permits a proclamation of a State of Emergency to run for a period of 10 days without the approval of the National Assembly when the parliament is not in session. He also pointed out that the National Assembly has shut down.

The AGF further disclosed that top lawyers who argued against the order goofed as the correct position remains that the president acted rightfully under the powers conferred on him by the Quarantine Act 1990 CAP 384 LFN which has the title: “An Act to provide for and regulate the imposition of quarantine and to make other provisions for preventing the introduction into and spread in Nigeria, and the transmission from Nigeria, of dangerous infectious diseases”.

“It is important to inform the discerning members of the public that the President did not make a declaration of a state of emergency under Section 305(1) of the 1999 Constitution (as amended) which would have required the concurrence of both House of the National Assembly.

“Even at that Section 305(6)(b) of the 1999 Constitution (as amended) permits a proclamation of a State of Emergency to run for a period of 10 days without the approval of the National Assembly when the parliament is not in session as in the present situation wherein the National Assembly has shut down.

“The learned silk also goofed when he questioned the President’s powers to restrict movement and claiming that such powers can only be exercised by the state governors and the respective state assemblies.

“It is clear from the President’s broadcast that what His Excellency sought to address is a public emergency occasioned by a dangerous and infectious coronavirus disease. The restriction of movement came on the heels of advice received by the President from the Federal Ministry of Health and the NCDC, the two focal agencies in the fight against COVID-19.

The AGF added that “the President has so far acted in accordance with the executive powers of the federation conferred on him under Section 5(1) of the 1999 Constitution (as amended) as well as the provisions of Section 14(2)(b) which provides that the security and welfare of the people shall be the primary purpose of government.”