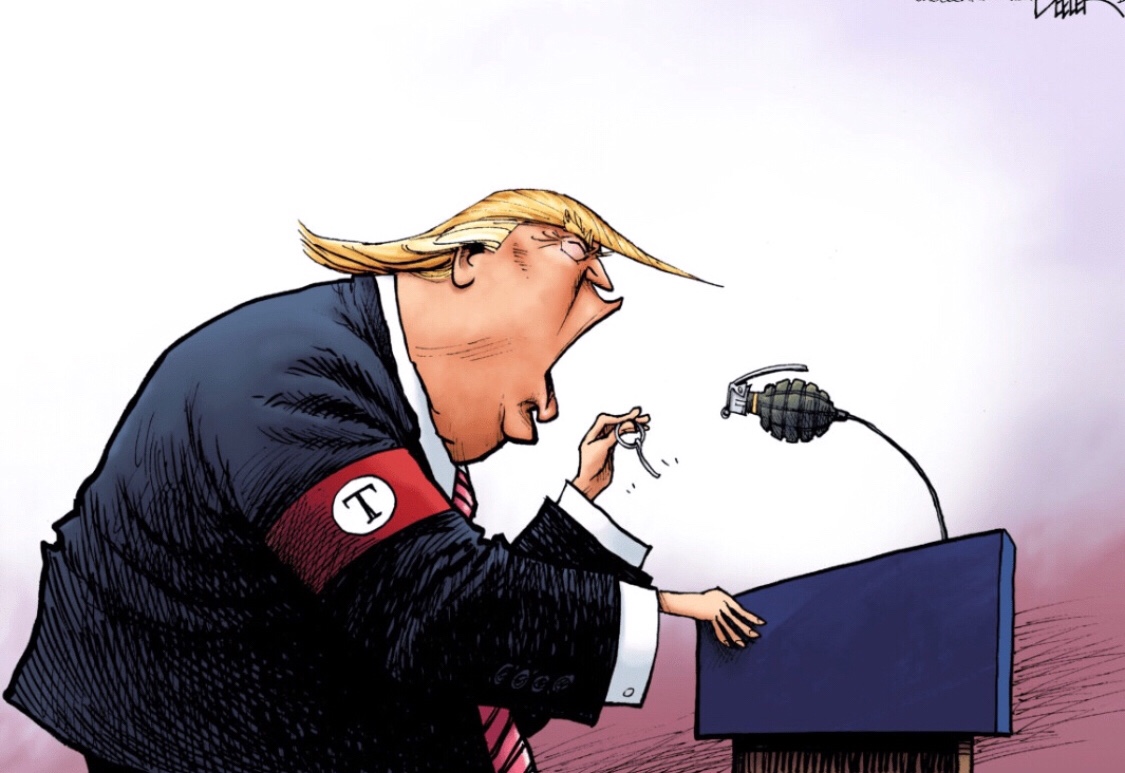 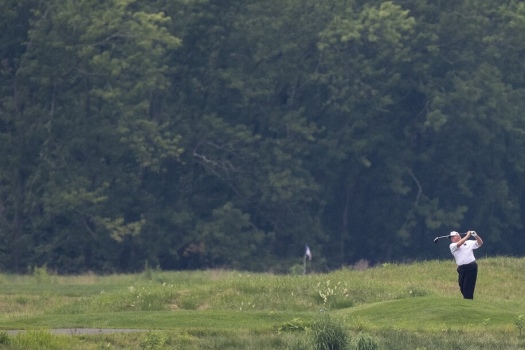 That trial balloon was a brazen effort to see if he can defraud his way into four more years in the White House. And why not try? After all, Trump has managed to swindle his way through life, on matters large and small, essential and trivial.

He paid someone to take the SAT for him, according to his niece Mary L. Trump. (He denies it.) A prominent sportswriter wrote an entire book, titled “Commander in Cheat: How Golf Explains Trump,” on how Trump cheats at golf — golf! — through such methods as throwing opponents’ balls into bunkers, miscounting strokes and even declaring himself the winner of tournaments he didn’t play in.

Trump posed as a nonexistent publicist, so he could lie about his wealth and plant stories about his supposed sexual exploits, including one with actress Carla Bruni, who denied a tryst and called Trump “obviously a lunatic.” And his life has been littered with myriad alleged financial cons, including Trump University, which resulted in a $25 million settlement, though no admission of wrongdoing, and his “charitable” foundation, which regulators ordered be shut down.

His presidency has been of a piece. By The Post’s count, more than 20,000 falsehoods in 3½ years, on subjects ranging from his inaugural crowd size to the coronavirus, from conversations with foreign leaders to forecasts of a hurricane track. The untruths have accelerated, from five a day in early 2017 to nearly two dozen daily this year and last. With the coronavirus, his untruths have finally brought him down: No, concern about the virus wasn’t a “hoax.” No, the disease won’t just “disappear,” “like a miracle.” No, we’re not in a crisis because we’ve done so much testing. No, Trump hasn’t done a “great job” fighting the virus, and no, we’re not on the verge of a “tremendous victory” over it.

So finally, Trump’s credibility, such as it ever was, is shot — and his poll numbers with it. He stands on the verge of electoral oblivion. He’s capable of no response other than his lifelong mainstays: shamelessly lying and trying to cheat. He tried once before, of course, to cheat in this election, by using presidential powers to try to extort Ukraine into propagating lies about his opponent — and was caught, although not punished.

Now he peddles a different lie: that somehow extensive “Mail-In Voting (not Absentee Voting, which is good)” would produce “the most INACCURATE & FRAUDULENT Election in history.” Hence the supposed need to “Delay the Election.”

All untrue, of course. Voting by mail has a long, venerable tradition in this country, most notably the election of 1864, when 150,000 Union soldiers sent in ballots that helped ensure President Abraham Lincoln’s reelection, the preservation of the union and the abolition of slavery. Mailed votes leave a paper trail that renders them less, not more, susceptible to fraud. The fraud is Trump’s: He’s lying so he can buy more time — or so he can delegitimize the vote and blame someone other than himself for his defeat.

But Trump is apparently too inept, ignorant, desperate or deluded — probably all four — to realize or care: His suggestion is absurd. The electoral calendar is set in stone, by law. Title 3 of the U.S. Code makes clear that the election must be held on Nov. 3, that members of the electoral college must meet and vote on Dec. 14, and that their votes must be counted before a joint session of the new Congress on Jan. 6 at 1 p.m. sharp. And the 20th Amendment provides that, no matter what, Trump’s current term ends at precisely noon on Jan. 20, and that if no president has been elected, another provision of Title 3 would confer the presidency’s powers on … the speaker of the House.

Even the worst of Trump’s enablers in Congress dismissed out of hand the idea of delaying the election. But Trump’s suggestion was more than just imbecilic. Steven G. Calabresi, a law professor who was a founder of the Federalist Society, a conservative lawyers’ group of which I’ve long been a member (and a member of its visiting board), nailed it: Trump’s suggestion was “fascistic.” It was the ploy of a would-be dictator, albeit an inept one.

Calabresi added that Trump should be impeached and removed for his tweet, and if Trump ever acted on it, and were there time, I’d agree. Trump should have been removed already twice over, for obstructing the Russia investigation and extorting Ukraine. His effort to sabotage a democratic system he swore to protect only confirms his unfitness for the job. But it’s too late for impeachment now.

Trump’s sanction must come at the polls, and beyond. For the sake of our constitutional republic, he must lose, and lose badly. Yet that should be just a start: We should only honor former presidents who uphold and sustain our nation’s enduring democratic values. There should be no schools, bridges or statues devoted to Trump. His name should live in infamy, and he should be remembered, if at all, for precisely what he was — not a president, but a blundering cheat.