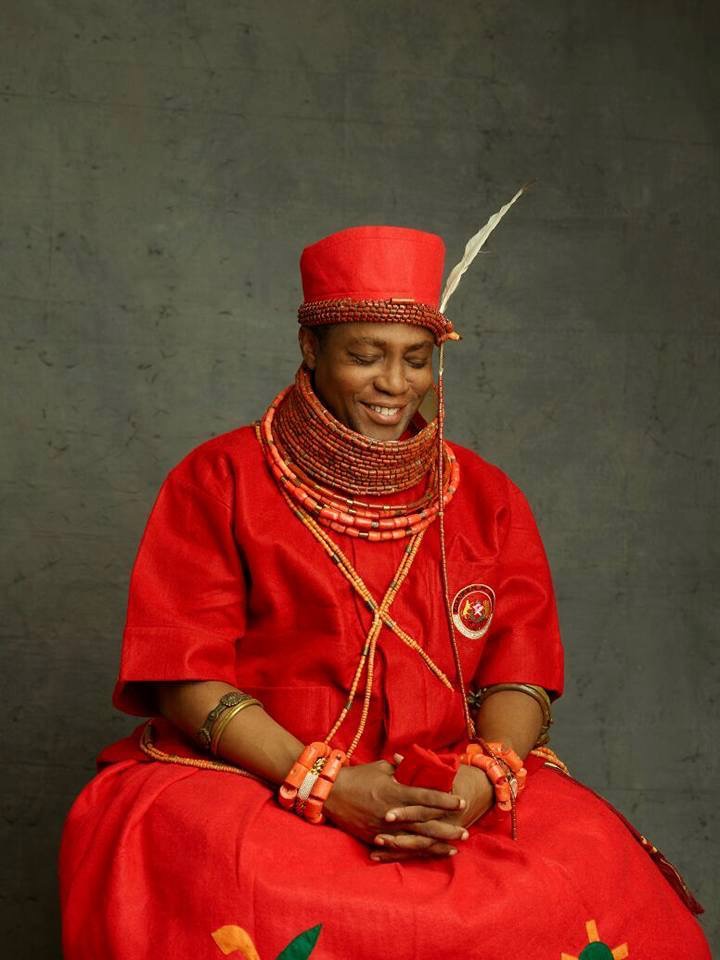 The Igue festival is the biggest and most flamboyant of all the festivals celebrated by the Oba and people of Benin Kingdom. It is normally celebrated with a lot of pomp and pageantry during the first half of the month of December (first fourteen days of the month) of every year. The Igue festival is a set of annual cycle of rituals and rites that are performed to purify and strengthen the Oba and the kingdom in preparation for the New Year.

According to Bini history, the Igue festival has been celebrated for more than 1000 years. The modern day Igue begins with the Ague, which is a period of fasting when the Oba and his chiefs go into strict seclusion. They are not allowed to see anyone during this period. It is only after successful completion of the Ague that the Igue can begin in earnest.

The British invasion and consequent capture and sending into exile of Oba Ovonramwen saw the interruption of Igue celebrations in 1897. It was not until the restoration of the monarchy in 1914 that the celebration of the festival was restored.

During the celebration of the Igue festival, it is forbidden to hold any burial or funeral ceremonies in Benin kingdom. This is because Igue is seen as a period of joy, and should not be interrupted with any form of public mourning.

The Igue festival is actually a culmination of nine different ceremonies.

Ugie Iron: This ceremony is a celebratory re-enactment of the victory of the Oba during his conflicts with the Uzama nobles and other historical events such as the drowning of Oba Ehengbuda at Ikorodu and the assassination of Iyase Emuze on the directives of Oba Ohen.

Ugie Erha’Oba: Erha’Oba literarily means father of the Oba. This ceremony is dedicated to the memory of the father of the reigning Oba and all the royal ancestors, and also to strengthen and purify the kingdom. This is actually the most flamboyant of all the Igue ceremonies. The Oba is joined in this celebration by all the Binis. He is dressed in full coral regalia and performs the ritual dance with the Eben (traditional sword) in honour of his father. This ceremony takes place in the Ugha-Erha Oba.

Igue Oba: This ceremony is held at the Ugha Ozolua which is the point of activity of most social and traditional ceremonies. It involves performances by various groups and guilds of the Benin Kingdom. After the performances, the Oba then proceeds to pay homage to Oba Ozolua, the great warrior king who first exchanged ambassadors with the Portuguese in 1486.
The Oba then proceeds to offer prayers and asks for ancestral guidance during the ceremony, after which he is purified by the Ewaise guild. The Oba is then taken for further purification and fortification by the Ogiefa N’Umuekpo. Fourteen different herbs are used for this purification ritual. The Ogiefa grinds one set of herbs while the other set is ground by a young girl who must be below the age of puberty. After applying the herbs, the Ogiefa rocks the Oba from side to side indicating that the he has been successfully sanctified and fortified for another year. The Oton priests then offer prayers for the Oba.
The highlight of the Igue Oba ceremony is the wonderful display of dance steps by the elegantly dressed chiefs, which is topped up with the symbolic throwing into the air and catching of the Eben. The various palace chiefs come out to perform this dance in order of seniority. A sacred crossbar is kept in place, which restricts the entrance of junior chiefs from the arena, only those chiefs who have completed all the four stages of chieftaincy ceremonies are permitted entry into the arena. The Iyase who is the Commander in Chief of the Oba’s army performs the necessary rites to remove the crossbar. After this event, animals are slaughtered and the blood used to anoint the head, hands and feet of the Oba, referred to as the worship of the Omo N’Oba’s head.

Igue Ivbioba and Igue Edo’Hia: Two days after the Igue Oba ceremonies, the princes and princesses perform their own Igue rituals in their homes, followed by the entire Benin nation. This involves the sacrificing of goats and offering of coconuts. On the night of the Igue’Edohia, they perform a traditional fireworks display which is believed to send all the evil forces away from the kingdom before the New Year.

Ugie Ewere: The Igue festival is concluded with the Ugie Ewere ceremonies. This is normally done in the early hours of the morning by presenting the Ebe’ewere leaves to the Oba. These leaves symbolize joy and prosperity. Bini history has it that this ceremony was incorporated into the Igue festival by Oba Ewuare, to re-enact his fruitful and blissful marriage to Ewere, the daughter of Ogie’Ekae. The procession to the palace is normally a flamboyant and colourful event which involves the chiefs dancing to the palace along with their followers. The Ewere leaves serves as New Year gift to all Edo people.
The Igue festival as celebrated in Benin is mainly held to offer thanks for a year just past and to ask for blessing for the incoming year. The Isologbe (happy New Year) greeting rings around the city after the conclusion of Igue.
The Igue festival is also an opportunity for the Bini people to display their rich culture and tradition to all those who have come to witness the colourful festival. This period sees an increase in agricultural, cultural, economic activities as people engage in buying and selling in preparation for the epic event. The festival also helps to cultivate a warm relationship between the people and foreigners, little wonder Benin City is recognized as one of the most welcoming cities to foreigners in Nigeria.
If you happen to be in Benin City during the first half of the month of December, endeavour to visit Kings Square or the palace of the Oba to catch a glimpse of the rich culture and tradition of the Bini people.